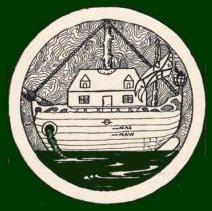 We are always glad to have suggestions  or corrections
please email to johnrad@btinternet.com

The following thirty-eight stories and articles are uncollected save for their appearance in the Sussex Edition (and in the Unites States, the Burwash Edition). 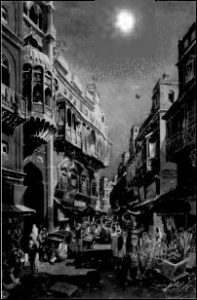 These fifty-six articles were written for the Civil and Military Gazette when Kipling was a young journalist (aged only 18 in March 1884) working as assistant editor of that journal, the main English newspaper in the populous province of the Punjab. Based in the ancient city of Lahore, it was mainly written for and read by the Anglo-Indian community, administrators, soldiers, and businessmen — and their wives.

They were collected and published by Thomas Pinney as  Kipling’s India, Uncollected Sketches 1664-88, Macmillan 1986. 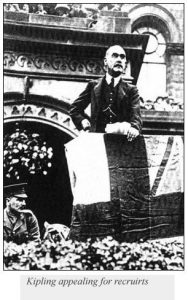 Kipling published a selection of his speeches in 1928 under the title ‘A Book of Words, Selections from Speeches and Addresses Delivered between 1906 and 1927.’

Thomas Pinney has gathered together the text of forty-eight further speeches which he published in 2005 under the title A Second Book of Words, ELT Press, Greenboro North Carolina 2008.

General Articles by many hands

In addition to the notes on specific works, the Guide includes a number of General Articles on a wide range of themes, including:

Some notes by David Alan Richards on various Kipling: curiosities of interest to collectors:

Kipling and the Great War 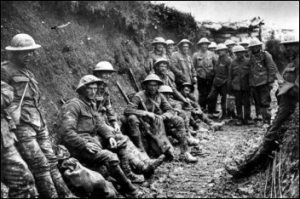 As we approached the centenary of the Armistice on November 11th 2018, we published Rodney Atwood’s powerful article on “Kipling and the Great War”.

Some tales Kipling wrote about the War and its aftermath

Some poems Kipling wrote about the war:

He also wrote the official history of The Irish Guards in the Great War (1923), and many articles about aspects of the war 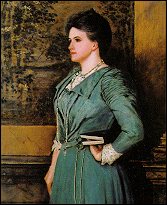 Alastair Wilson has completed his notes on the Rees and Carrington extracts from Carrie Kipling’s Diaries from 1892 to 1935, tfruits of four years’ work. They are to be found among the “For Members” pages of this site.

They have been illustrated and edited by John Radcliffe.

We have developed a system through which you can search for themes and people in Kipling’s stories. Click here

Our aim is not to define or pigeon-hole particular tales, but rather to give readers the chance of seeing where particular themes or references crop up in his writings.

In our discussions about this system we have frequently struck issues which are not easy to resolve, and have concluded with the hope that readers will come back to us with comments and refinements. Please send any comments to the NRG Project Group via johnrad@btinternet.com

Editors and contributors have committed a substantial amount of work to the NRG, much of which is original. By agreeing to contribute, they are giving the Society the right to publish their work freely on the web. If commercial publication in any form is envisaged, their author’s rights remain.

The Kipling Society allows users of the NRG on line, whether or not they are members of the Society, to freely download sections to their computers, or to print them out for personal use. If any wider use is envisaged, this cannot be permitted without prior agreement from the Society. Please send any enquiries to johnrad@btinternet.com.

To illustrate these notes the Society has reproduced  a number of pictures from various sources, including many by notable artists from early editions of  Rudyard Kipling’s stories, which we believe to be out of copyright. We can make no commitment, however, to permit the downloading of such illustrations or their use elsewhere. We have aslo made use of a number of current pictures which we believe to be in the pub;ic domain.

Guidance on the verse

Rudyard Kipling preferred to describe his poetry as â€˜verseâ€™, and it was published under that title in successive editions familiar to many readers, such as The Inclusive Edition and The Definitive Edition. Details of these editions, and earlier authorised collections, are given in the definitive Rudyard Kipling, A Bibliography, edited by David Alan Richards and published by Oak Knoll in 2010. In this Guide there are also a lists, from Early Verse to the poems of his later years, under Main Works and Other Works above.

However, these, and the selection for the final Sussex Edition (in America, the Burwash Edition) total much less than half of his total canon.

The three-volume Cambridge Edition of the Poems of Rudyard Kipling, edited and extensively annotated by Professor Tom Pinney, and published by Cambridge University Press in 2013, includes well over five hundred uncollected pieces.

In successive collections and other publications, Kipling made textual changes. Within this guide the text of the verse, obtainable from the link above, is generally that of the Definitive Edition, together with Andrew Rutherfordâ€™s Early Verse by Rudyard Kipling: 1879-1889, published by Oxford University Press in 1986. The notes offered here, for almost all of the verse, are updated as more information is received.

We aim to keep this guidance up to date, but are very grateful for comments from readers on any errors or omissions. Please email to jwawalker@gmail.com. 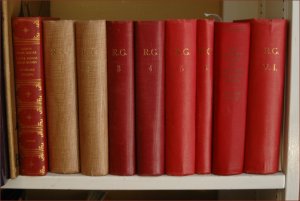 The New Readers’ Guide (NRG) is built on  the work in the 1960s of Reginald Harbord, Roger Lancelyn Green, and their Kipling Society colleagues, privately published in an edition of 100  in a series of weighty volumes (right). For readers or scholars who wish to find a set of this ‘”Readers’ Guide to Rudyard Kipling’s Work”, here is a note by John Walker, the Kipling Librarian.

The NRG, designed for the Internet, was initiated and guided in the year 2000 by George Webb, Editor of The Kipling Journal from 1980 to 2000. It has been developed since through a Project Group of members of the Society: Mary Hamer, Peter Havholm, Leonee Ormond, David Page, John Slater, and Alastair Wilson. The Verse Editor is John Walker, and the General Editor John Radcliffe.

The entries are  the work of many hands in many countries. By 2020 we had annotated all the published and uncollected verse, stories, speeches, and most of the known articles. To encourage more general users of the web to read Kipling, we are placing more emphasis on the writings themselves, hence the links on the Home page direct to the tales and poems.

We have also added many illustrations, and created a new linking system, with many links between works and notes, and cross-references to the Kipling Journal archive of nearly 400 editions. We have brought the text of some 450 works onto the site rather than linking to them elsewhere. We have also extended the search facilities, adding a word search of the whole site, and thus of Kipling’s works. We have also added systems for sharing ideas through social media.

We are continuing this work so as to share and enjoy Kipling’s writings with wider audiences of all ages around the world.