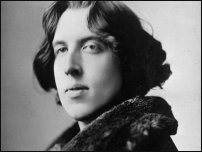 He who would stir us now by fiction must either give us an en-
tirely new background or reveal to us the soul of man in its innermost
workings. The first is for the moment being done for us by Mr.
Rudyard Kipling. As one turns over the pages of his Plain Tales from
the Hills, one feels as if one were seated under a palm-tree reading life
by superb flashes of vulgarity. The jaded, second-rate Anglo-Indians
are in exquisite incongruity with their surroundings. The mere lack
of style in the story-teller gives an odd journalistic realism to what he
tells us. From the point of view of literature Mr. Kipling is a genius
who drops his aspirates. From the point of view of life, he is a reporter
who knows vulgarity better than anyone has ever known it. Dickens
knew its clothes [and its comedy]. Mr. Kipling knows its essence [and
its seriousness]. He is our first authority on the second-rate [and has
seen marvellous things through keyholes, and his backgrounds are real
works of art].

… There is no reason why Mr. Rudyard Kipling should not select
vulgarity as his subject-matter, or part of it. For a realistic artist,
certainly, vulgarity is a most admirable subject. How far Mr. Kipling’s
stories really mirror Anglo-Indian society I have no idea at all, nor,
indeed, am I ever much interested in any correspondence between art
and nature. It seems to me a matter of entirely secondary importance.