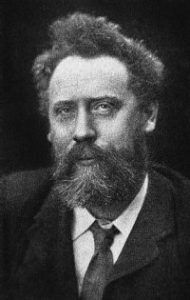 Mr. Kipling is so fervently engaged just now in cutting his old records
and making himself new records to cut that perhaps it is hardly fair
to discuss him in respect of the works of his youth. But himself has
challenged criticism; and as the aforesaid works of youth are marked
by most of the qualities that distinguish those of his riper years—(he is,
we believe, a man of fiver- or six-and-twenty)—it may be well to take
him pretty much as he is revealed in them, and see what are his faults,
his virtues what, and what his chances in the future.

To begin with the spots upon the sun: Mr. Kipling is not nearly
so complete a master of the tongue that Shakespeare spake as he is of
the atrocious lingo—a mixture of all the slangs in the world with a
rank, peculiar flavour of its own—of Thomas Atkins. In writing
English he is often inadequate, he is often pert, and he is sometimes
even common; but in dialect he is nearly always an artist. That is, he
has so steeped himself in Atkinsese, he is so thoroughly conscious of

its capacities and so quick with the essentials of its genius, that he can
and does use it not only to state facts and express ideas withal but also
as a means of producing those effects in the arrangement of words
that belong to pure art. This, of course, is less true of Soldiers Three
than of certain Barrack-Room Ballads known to readers of this journal;
but it is true in a sense of much of the speech of Mulvaney and Learoyd,
while in the later work the medium is handled to a purpose that could
not, it seems, have been achieved in any other. The material is of the
vilest—is the very dregs of language, in fact; but the artist has come
that way, and has produced an effect—by the orchestration as it were of
such low-lived and degraded vocables as (say) the equivalents of
‘bloomin’ ’ and ‘beggar’—that in its way and degree is comparable
to that of those great Miltonic polysyllables which seem to have been
dictated by Apollo himself.

Once, and only once, has Mr. Kipling done anything of the sort
in plain English; and even then—it was in that noble ‘Ballad of
East and West’ which remains thus far his masterpiece, alike
in inspiration and in execution—the quality of the result
was by no means extraordinary. And this is really the principal count
in our indictment. What he has to tell is now and then of such un-
common excellence that one resents the faults of his method with
a sense of peculiar exasperation. The stuff is so good of the one part
that it is a sin and a shame it is not better of the other. True it is in
many of his stories in prose he abounds in worrying little tricks and
mannerisms; that at times he is self-conscious to the point of being
well-nigh unbearable; that he is capable of being so clever as to con-
trive to miss his point and go out with the face of his intention veiled
from the eyes of man; that he has sometimes no story to tell you, and
that sometimes he does but spoil his story in the telling. But all these
are maladies most incident to youth, and one regards them not: they
are there, and they will pass, and no more need be said about them.
What concerns one chiefly is the fact that the man’s style has commonly
so rich and curious a savour of newspaperese and is—unless he is pro-
jecting himself into somebody else, and uttering that somebody else in
dialect—unworthy of the matter it conveys.

For, the truth is, that matter is often of so extraordinary a quality
that in these days one knows not where to look for its like. Mr. Kipling
has been thrice fortunate in experience, and it is a thing to reflect upon
with pride and a lively sense of favours to come that here at last is
something that may well turn out to be a force in literature. His verse
may be, and often is, pure doggerel; but it hits you. His prose may be,
and often is, self-conscious, jerky, incapable of persuasiveness; but
when he is putting it to the best use of which it is thus far capable—
when, for instance, Mulvaney is delivering himself of that terrific
experience of his at Silver’s Theatre, or you are listening to the de-
lirium of Mrs. Gadsby, or that crazy Sancho of the blackguard, red-
haired Quixote that wanted to be king is telling what came of his
chief’s desire—then you have to attend with all your ears, and then you
are made to feel with all your strength that here is such a promise as has
not been perceived in English letters since young Mr. Dickens broke in
suddenly upon the precincts of immortality as the creator of Pickwick
and the Wellers. Mr. Kipling, indeed, has that rarest gift of all—the
gift of not merely suggesting character and emotion but of so creating
and so realising character that the emotion it expresses appears the
living and unalterable truth. Sir Walter had it when he liked, Dickens
had it often, Thackeray had it now and then, Mr. Meredith has it
sometimes;

Mr. Kipling has shown more than once that he, too, has it
in him to be great as these were great, and that in the presentation of
character and emotion he may hope, if he keep the right way, to vie
with the heroes until himself attains to heroism. It is a far cry from
now to then, of course; but to be five-and-twenty, and have put Kamal
and the Colonel’s Son on their feet, and set them face to face with each
other, and made them swagger it out as they do—to have done that,
we say, is to have given hostages to expectation, and placed oneself
in the position of them of whom much is asked, and whose failure
were a national misfortune, even as their triumph is a triumph for the
race. Mr. Kipling has but to be patient, to forget that he is somebody
before his time, to be prepared to meet failure half-way, to put off the
vanity of superfluous industry, to avoid cleverness as he would avoid
the devil, to write—(as Mozart wrote Don Juan) ‘for himself and two
or three friends’; and the issue is not doubtful.

It is late in the day to begin talking of Mulvaney and Ortheris and
Learoyd; so we shall let them go on speaking for themselves—speaking
as surely three of Pier Imperial Majesty’s army never spoke before.
It is late, too, for anybody to discuss the merits and demerits of a book
in everybody’s hands, which appears to be what is the matter with
Plain Tales from the Hills; so no more shall here be said of it than that
‘The Taking of Lung-Tung-Pen’ and ‘The Madness of Private Orther-
is’ are good enough to be read at least three times apiece and then re-
membered with the good things of minor literature. And this fourth
edition of Departmental Ditties is not particularly suggestive either.

There is a convention of Anglo-Indian verse, of course; and of course
it is worth noting that the poet of Potiphar Gubbins and Pagett, M.P.,
is no prodigy but the result of a certain process of evolution. He is the
best, perhaps; for he has sung the dirge ofjack Barrett, and is the maker
of a certain ‘Ballad of Burial’ and ‘Possibilities’ and ‘The Undertaker’s
Horse’—(all three of them clamouring for better technique)—and has
told the strange and moving story of how Giffen—Giffen the drunkard
and the renegade—became the local god. But there were Anglo-Indian
poets before him as there were men of might before Agamemnon;
and it may be that his supremacy is largely an effect of the effort that
preceded his and the convention he found ready to his hand. Of the
ten new numbers included in the present edition, the three best —‘The
Ballad of Fisher’s Boarding-House’ and ‘The Grave of the Hundred
Heads’ and ‘The Galley Slave’—are out of place in their environment.
The themes of them are tragic, the manner befits the theme, the effect
is spoiled by a certain sense of incongruity, and to get the full of it
you have to go back on them and take them apart from their
surroundings.

They have so little in common, indeed, with Sleary and Delilah
Aberystwith and the light loves and lighter chatter of Simla that their
introduction is felt and resented as a mistake in art. It would not have
mattered so much had they been bad; but all are good—‘The Galley
Slave’, in especial, being almost good enough to vie with ‘The Ballad
of East and West’ for the place of honour in Mr. Kipling’s whole
metrical achievement. In a sense too, it is typical of the writer. The
rhythm is coarse, and the facture by no means irreproachable; but to
read it without emotion is impossible. It is a man’s work done for men;
and it puts before you the feeling of the Anglo-Indian for the Indian
Empire in terms so single-hearted and so strong as to make you glory
in the name of Briton and exult in the work your race has done.