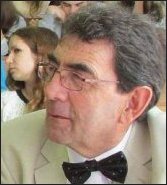 There is no easy way to trace sets, or individual volumes, of the original Reader’s Guide to Rudyard Kipling’s Works, edited by Roger Lancelyn Green, and published in the 1960s in a limited edition by Reginald Harbord. Sixty years after the first volume came out, any records of the first recipients have disappeared.

Many of the sets have been bequeathed, donated or sold on. Others were produced in loose-leaf form, and the “part work” nature of this publication meant that some sets were sent many ways. Of one hundred and five sets, it took more than a year to locate some six hundred volumes. We have used the established academic search engines, library union catalogues by the dozen, discussion groups for librarians such as Exlibris, and the Jiscmail Kipling database, as well as appeals through the Kipling Journal, and this web-site.

It was always intended that the information would be made available for researchers, and especially for contributors to the New Reader’s Guide. (On this basis, we should perhaps relocate to New York, since six of the libraries that have a set would then be within striking distance!)

Thanks must be recorded to librarians all over the world who patiently checked individual volumes for provenance, to Society members who set us on a scent, and to Vinton Cerf et al, and – of course – for the Internet, without which we would have been unable to compile the  list.below.

We would be very grateful for confirmation or correction of the list, and for news of further sets. Of course, the location of all privately owned material must remain confidential.