Mr. Rudyard Kipling is a most extraordinary and bewildering genius. 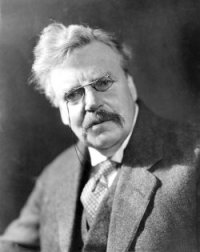 Some of us have recently had reason to protest against certain phases
of his later development, and we protested because they were pert and
cockney and cruel, and full of that precocious old age which is the
worst thing in this difficult cosmos, a thing which combines the
brutality of youth with the disillusionment of antiquity, which is old
age without its charity and youth without its hope. This rapidly aging,
rapidly cheapening force of modernity is everywhere and in all things,
a veritable spiritual evil: it looks out of the starved faces of a million
gutter-boys, and its name is Ortheris. And just as we are in the after-
glow of a certain indignation against this stale, bitter modernity which
had begun to appear in Mr. Kipling’s work, we come upon this superb
thing, the Just-So Stories; a great chronicle of primal fables, which
might have been told by Adam to Cain, before murder (that artistic
and decadent pastime) was known in the world.

For the character of the Just-So Stories is really unique. They are not
fairy tales; they are legends. A fairy tale is a tale told in a morbid age
to the only remaining sane person, a child. A legend is a fairy tale told
to men when men were sane. We grant a child a fairy tale, just as some
savage king might grant a missionary permission to wear clothes, not
understanding what we give, not knowing that it would be infinitely
valuable if we kept it to ourselves, but simply because we are too kind
to refuse. The true man will not buy fairy tales because he is kind; he
will buy them because he is selfish. If Uncle John who has just bought
the Just-So Stories for his niece were truly human (which of course
Uncle John is not) it is doubtful whether the niece would ever see the
book. One of the most lurid and awful marks of human degeneration
that the mind can conceive is the fact that it is considered kind to play
with children.

But the peculiar splendour, as I say, of these new Kipling stories is
the fact that they do not read like fairy tales told to children by the
modern fireside, so much as like fairy tales told to men in the morning
of the world. They see animals, for instance, as primeval men saw
them; not as types and numbers in an elaborate biological scheme of
knowledge, but as walking portents, things marked by extravagant
and peculiar features. An elephant is a monstrosity with his tail between
his eyes; a rhinoceros is a monstrosity with his horn balanced on his
nose; a camel, a zebra, a tortoise are fragments of a fantastic dream, to
see which is not seeing a scientific species, but like seeing a man with
three legs or a bird with three wings, or men as trees walking. The
whole opens a very deep question, the question of the relations be-
tween the old wonder and the new wonder, between knowledge and
science. The hump of the camel is very likely not so much his character-
istic from a scientific point of view as the third bone in the joint of his
hind leg, but to the eyes of the child and the poet it remains his feature.
And it is more important in this sense that it is more direct and certain:
there is a relation between the human soul and the hump of a camel,
which there is not between the human soul and the bone in his hind
leg. The hump still remains and the bone vanishes, if all these physical
phenomena are nothing but a grotesque shadow-show, constructed by
a paternal deity to amuse an universe of children.

This is the admirable achievement of Kipling, that he has written
new legends. We hear in these days of continual worship of old legends,
but not of the making of new; which would be the real worship of
legends. Just in the same way we hear of the worship of old ceremonies,

but never of the making of new ones. If men decided that Mr. Glad-
stone’s hat was to be carried three times round the House of Commons
they would have offered the best tribute to the Elcusinian mysteries.
That is the tribute which ‘How the Whale got his Throat’ offers to the
story of Sigurd and Hercules.