As we know from an article by Jay Johnson appearing in the Kipling Journal for March 1995, Kipling had a special fondness for the frontier town of Medicine Hat in the province of Alberta, Canada.The local postmaster there, Francis Fatt, wrote to Kipling about the proposal to change the town’s name to something less colorful, and Kipling’s response deprecating the idea appeared in the Medicine Hat News of December 22, 1910.

“[A] man’s city is a mere trifle more than a man’s best girl”, Kipling wrote. “Her success is his success; her shame is his shame; her honor is his honor; and her good name is his good name. What then should a city be re-christened that has sold its name? – Judasville.”

In December of 1922, the letters of Fatt and Kipling were printed as a small pamphlet (Martindell 177, Livingston 471, Stewart 488) and distributed as a New Year’s favor and greeting for 1923 by George Parker Winship, then the Assistant Librarian of Harvard College in Cambridge, Massachusetts.

Winship had previously worked with Edwin Collins Frost to print Kipling’s letter on Shakespeare’s possible source of The Tempest in 1906 (Livingston 301, Stewart 649); unlike Frost, Winship in this instance did not seek or receive Kipling’s permission for re-publication. Winship called his private press “The Sign of the George”, and its printing press was technically the property of George Parker Winship, Jr.The hand press had been a Christmas gift to the younger Winship when he was just six years old, and the very first press production was his How The Monkey Got Its Tail, echoing the Just So Stories.All the press’s work was set by hand at the Winships’ Shandygraft Farm at Dover on the Charles River in Massachusetts, and no statement was ever made of the number of copies printed of any book. 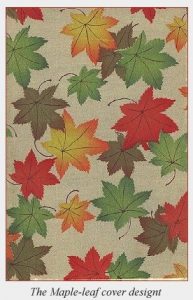 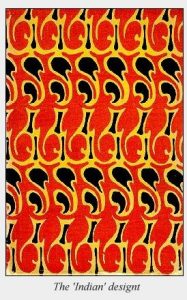 In a letter of 1919 about this pamphlet, Winship wrote that he could not remember how many copies he had printed, but “the number was not large”, and that he had made only 8 to 12 of the maple leaf cover variant, using only 2 sheets of gift-wrapping paper at 4 or 6 covers to the sheet. Certainly the “Indian design” cover is the more common of the two variants, but both are very rare.

The mischievous spirit of this unauthorized enterprise is clearly expressed in the opening sentence of Winship’s initialled preface: “This little tract for the times is printed in order that certain gentlemen who are known to their intimate acquaintances as ‘Kipling fans’ may possess a ‘first (separate) edition’ which some of their rivals in the engrossing game of book collecting will not be able to buy.”

In his Kipling Journal article, Jay Johnson records that the 1910 proposal to change Medicine Hat’s name “was defeated by a margin of more than ten to one”, and “the idea has never been resurrected”, a result which would please both Kipling and Winship.