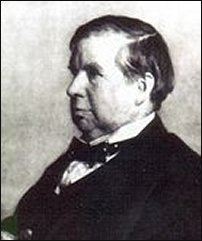 Charles Whibley (1859-1930), was a scholar, critic, wit, and
bon viveur. He was a close friend of W. E. Henley with whom
he worked  in most of the latter’s editorial ventures.

It was one of Matthew Arnold’s justest canons that a man of letters
must be appraised by his best work. If you wish to appreciate the
poems of Wordsworth, he said in effect, or the collection of books
known as the New Testament, you must first strip them of their
absurdities and irrelevancies and there will then remain for your
enjoyment a pearl of great price. The surest winnower, indeed, is
Time, who suffers no chaff on his threshing-floor. But the man of
genius never lived that did not give the hostile among his contem-
poraries reason to blaspheme. It would be an easy matter, by an
unscrupulous choice of examples, to prove that Mr. Kipling was little
better than a smart journalist; but if we boldly attempt to anticipate
the work of Time and discard what is merely ‘copy’, there will be left
a very great deal to which only a man of genius could set his name.
The misfortune is that good and bad are sent out into the world
together. The alliance is not a permanent one, but though it endures
but a brief while it is imprudent. In Black and White exhibits the same
glaring inequalities to which Mr. Kipling has accustomed us. When
the two stories are set side by side it is difficult to believe that the
author of ‘In Flood-Time’ also wrote ‘The Sending of Dana Da’. The
latter is perhaps worthy to beguile a railway journey; the former is
one of the finest examples of its genre in the language. He who can
read it without a thrill is dead to words. Never has the relentless might
of the flood found clearer expression. The rain-swollen river dashes
and swirls through the whole story. The horror of the populous
stream is set forth in the simplest terms, and yet it grips the reader as
the Mariner’s skinny hand gripped the Wedding Guest. ‘There were
dead beasts in the driftwood on the piers, and others caught by the
neck in the lattice-work—buffaloes and kine, and wild pig, and deer
one or two, and snakes and jackals past counting. Their bodies were
black upon the left side of the bridge.’ When the Strong One of
Barhwi, rising above the ‘wave of the wrath of the river’, puts forth
his hand to swim and it falls on the knotted hair of a dead man, it is
impossible to repress a shudder. With such skill and restraint is the
scene presented, its darkness and awe overwhelm you. And not only
has Mr. Kipling arranged his material with the perception of the artist,
but as a piece of English the description could not be bettered. The
words fit the idea like a garment, and you are conscious all the while
of receiving the precise impression which the writer intended to
convey. To achieve which is a triumph of art.

No less masterly is ‘Dray Wara Yow Dee’. Its theme is the fury and
passion of jealousy. The local colour is luridly Eastern, and none but
Mr. Kipling, who knows the native of India as he was never known
before, could so rightly have felt, so rightly have expressed, the
situation. The Oriental’s ferocity is curiously tinctured with a heart-
whole trustfulness in fate.

‘Surely I shall overtake him,’ says the seeker after vengeance, ‘surely God hath
him in the hollow of His hand against my claiming! There shall no harm befall
Daoud Shah till I come; for I would fain kill him quick and whole with the life
sticking firm in his body. A pomegranate is sweetest when the cloves break away
unwilling from the rind. Let it be in the daytime, that I may see his face and my
delight may be crowned.’

If it is by work such as this that Mr. Kipling is to be judged, it may be
claimed for him that he is among the most distinguished of those who
have enriched English literature with short stories. But no man may
spend his life fashioning masterpieces, whether small or great: and
were In Black and White robbed of the stories we have named little
enough would be left. ‘At Twenty-Two’ has its moments, it is true,
and ‘On the City Wall’ contains an admirable sketch of Lalun, ‘a
member of the most ancient profession in the world’, as well as a
street-fighter described with energy and gusto. But it does not hold
together, and it emphatically fails to give the impression of completion
and achievement which in ‘Dray Wara Yow Dee’ and ‘In Flood-Time’
is irresistible.

There have been men who learned Greek in their cradle, and Mr.
Kipling was born with an insight into life. The knowledge of human
feeling and human impulse he displays in The Story of the Gadshys
would be miraculous did we not reflect that it is intuitive: he probably
knew as much at fifteen as he does at twenty-five. The book is in-
tensely dramatic, and is packed with action and emotion. It has serious
faults of diction which are all the more irritating to the reader because
they might so easily have been avoided. In more than one scene Mr.
Kipling crosses the line which divides art from reporting. He seems to
forget that the written word does not produce the same effect as the
spoken. A duologue conducted in the slang of the mess-room only
becomes vulgar when it is crystallised into literary form. Words and
phrases have one value in life, another in literature, and it is the artist’s
business to translate, not to transcribe. The reader wearies of such
expressions as regimental shop o’ sorts’, and the jarring note lingers long
in the brain. By a bolder generalisation Mr. Kipling might have given
the impression that all his characters were talking slang, and refrained
from using a single doubtful phrase. But his characters, though their
accent is not always irreproachable, have the blood and bone of
reality. There is not one but lives and convinces the reader of his life.
Captain Gadsby’s explanation with Mrs. Herriott is done with amazing
dexterity and with that impartial recognition of the facts that holds the
scales of sympathy even. There is a haunting pathos in ‘The Valley of
the Shadow’, and the situation, almost new to literature, is handled with
a fine discretion. When Gadsby, uncertain if his wife will live another
hour, stumbles into the garden and merely says in answer to Mafflin’s
inquiry, ‘Your curb’s too loose,’ the touch is so true that it is hard to
believe that Mr. Kipling was not a witness of the scene. None, except
Count Tolstoi, has introduced the unimportant in an emotional crisis
with better tact. And with how sure a hand is drawn the picture of
Gadsby ‘funking a fall on parade!’ The effect of marriage upon the
Captain of the Pink Hussars is the result of inspiration rather than of
observation. The man who ‘led at Amdheran after Bogul-Deasin went
under, and came out of the show dripping like a butcher,’ is afraid to
gallop in column of troop! Where in literature has the demoralisation
of comfort found clearer and stronger expression?