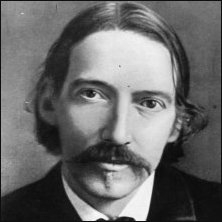 ‘Kipling is by far the most promising young man who has appeared
since—ahem—I appeared. He amazes me by his percocity and various
endowment. But he alarms me by his copiousness and haste. He should
shield his fire with both hands “and draw up all his strength and sweet-
ness in one ball”. (“Draw all his strength and all his sweetness up into
one ball?” I cannot remember Marvell’s words.) So the critics have
been saying to me; but I was never capable of—and surely never
guilty of—such a debauch of production. At this rate his works will
soon fill the habitable globe; and surely he was armed for better
conflicts than these succinct sketches and flying leaves of verse? I look
on, I admire, I rejoice for myself; but in a kind of ambition we all have
for our tongue and literature I am wounded. If I had this man’s
fertility and courage, it seems to me I could heave a pyramid.
Well, we begin to be old fogies now; and it was high time something
rose to take our places. Certainly Kipling has the gifts; the fairy
godmothers were all tipsy at his christening: what will he do with
them?’

‘Glad to hear Henley’s prospects are fair: his new volume [The Song
of the Sword, and Other Verses] is the work of a real poet. He is one of
those who can make a noise of his own with words, and in whom
experience strikes an individual note. There is perhaps no more
genuine poet living, bar the Big Guns . . . How poorly Kipling com-
pares! He is all smart journalism and cleverness; it is all bright and
and shallow and limpid, like a business paper—a good one, s’entend;
but there is no blot of heart’s blood and the Old Night; there are no
harmonics, there is scarce harmony to his music; and in Henley—all
these; a touch, a sense within sense, a sound outside the sound, the
shadow of the inscrutable, eloquent beyond all definition.’

‘Hurry up with another book of stories. I am now reduced to two of
my contemporaries, you and Barrie—O, and Kipling—you and Barrie
and Kipling are now my Muses Three. And with Kipling, as you know,
there are reservations to be made. And you and Barrie don’t write
enough. I should say I also read Anstey when he is serious .. . But
Barrie is a beauty, The Little Minister and The Window in Thrums, eh?
Stuff in that young man; but he must see and not be too funny.
Genius in him, but there’s a journalist at his elbow—there’s the risk.’

‘You are still young, and you may live to do much. The little artificial
popularity of style in England tends, I think, to die out; the British pig
returns to his true love, the love of the style-less, of the shapeless, of
the slapdash and the disorderly. Rudyard Kipling, with all his genius,
his Morrowbie-Jukeses, and At-the-end-of-the-Passages, is a move in
that direction, and it is the wrong one. There is trouble coming, I
think; and you may have to hold the fort for us in evil days.’

‘Here is a long while I have been waiting for something good in art;
and what have I seen? Zola’s Debacle and a few of Kipling’s tales .. .’

‘In 1890, on first becoming acquainted with Mr. Kipling’s Soldiers
Three, Stevenson had written off his congratulations red-hot.

“Well and indeed, Mr. Mulvaney, but it’s as good as meat to meet
in with you sir. They tell me it was a man of the name of Kipling
made ye; but indeed and they can’t fool me; it was the Lord God
Almighty that made you.”