Published in The Times 15 February 1923, page 7. Collected in A Book of Words, Macmillan, London, 1928, with some variations in the text.

Kipling proposed a toast to the ‘Hunterian Orator’, his friend and doctor, Sir John Bland-Sutton (1855-1936), who had delivered the Oration in the afternoon. Among the other guests were the Lord Mayor of London, Edward C. Moore, the heads of several of the City Guilds, the President of the Royal Academy, Sir Aston Webb (1849-1930), and the painter and Slade Professor, Henry Tonks (1862-1937). A leading article in The Times (17 February 1923, page 11) drew upon Kipling’s speech, praising his contention that writers and scientists are working towards the same end.

Kipling was very interested in matters medical, and was friendly with many doctors. See Dr Gillian Sheehan’s article on “Doctors Kipling knew”. See also “Unprofessional” and “The Tender Achilles” in Limits and Renewals, “In the Same Boat” in A Diversity of Creatures. and “Marklake Witches” and “A Doctor of Medicine” in Rewards and Fairies. See also “Doctors or Medicine” in our database of “Themes in Kipling’s works.”

In his speech Kipling narrated a legend of the ancient gods, forced to agree that man had a right to godhead. They decide to conceal it from him, but cannot think of a safe place, until Brahm announces that he has hidden it within man himself, a place which will never be found. Through the ages, doctors and surgeons have discovered more about man but the quest continues. 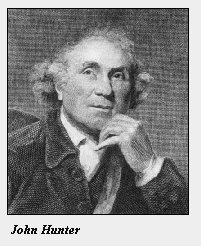 [Page 223 line 4] Honour the Physician Ecclesiasticus 38.1: ‘Honour a physician with the honour due unto him for the uses which ye may have of him’. [In the Apochrypha.]

[Page 223 line 14] ergotise poison with ergot, a diseased seed of rye and other grasses.

[Page 225 line 7] Born of Woman Kipling may be echoing the opening words of the prayer at the Grave in the Burial Service as set out in the Book of Common Prayer of the Church of England: ‘Man that is born of a woman hath but a short time to live’.