Published in McGill University Magazine, VI, December 1907, 450-53; in Ladies Home Journal, January 1908, under the title ‘The Man to Watch’ and in British Weekly, 9 January 1908. An excerpt was published in leaflet form by The Studio Press, Indianapolis, Indiana, March 1919. Collected in A Book of Words, Macmillan, London, 1928.

McGill University was established as a University by Royal Charter in 1885. Originally McGill College, it had been set up in 1819 through a bequest from James McGill (1744-1813). Kipling was awarded an Honorary Doctorate by the University in 1899, but had been unable to attend the ceremony at that time.

Kipling told Reginald Sothern Holland, in a letter of 12 October 1907, that he had
travelled 3,456 miles and delivered three speeches, ‘three more are ahead of me’. (Letters, Ed. Pinney, vol 3. p. 375) Speech V in A Book of Words wasgiven before Speech III, on 2 October. Speech !V was goven on 18 October. In fact, Kipling spoke on four (not three) further occasions on his Canadian journey, and his speech at McGill University was the only one of these not given to a branch of the Canadian Club. For an account of Kipling’s travels in Canada, and hid thoughts about that Dominion. see his Letters to the Family published in Letters of Travel, 1892-1913.

Kipling appeals to the students not to think only of money, arguing for the pre-eminence of a man for whom wealth is not a primary objective. He speaks of the
dark depression which can overcome the young and tells them that they can escape this by losing themselves in concern for others. 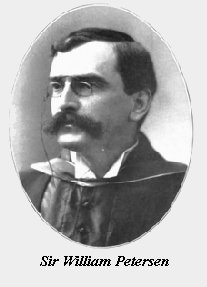 [Page 18, line 4] the battle of life the title of one of the Christmas Books by Charles Dickens (1812-1870), published in 1846. Dickens, like other writers, uses the expression to refer to the challenges of life.

[Page 19, line 4] little finger will be thicker than your loins I Kings, 12,10: Rehoboam, King of Israel (son of Solomon), asks the young men of his kingdom for advice:

And the young men that were grown up with him spake unto him, saying, Thus shalt thou speak to the people that spake unto thee, saying, Thy father made our yoke heavy, but make thou it lighter unto us; thus shalt thou say unto them, My little finger shall be thicker than my father’s loins.