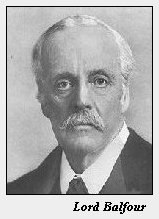 Kipling was receiving the Gold Medal of the Royal Literary Society. Lord Balfour, the former Prime Minister, was in the Chair and spoke before Kipling paying tribute to him, recalling how he had admired Kipling’s writing since the 1880s:

Mr Kipling’s works were all marked with a peculiar stamp of individual genius, in his case wholly unmistakable.
[The Times, 8 July 1926, page 18]

There were many well-known writers in the audience, including Marjorie Bowen, John Buchan, G. K.Chesterton and Vita Sackville West.

Writing to his daughter on 13 July, Kipling told her that, with Caroline, he had spent:

…nearly all last week in town, and, as you know, the beastly speech was part of the show. The thing that I enjoyed most was sitting next to Balfour and hearing him talk. He is the youngest thing that I have met in a long while. It was a deadly dull proceeding otherwise, and the medal is not worn round the neck. It weighs nearly seven ounces, and is officially marked as “18 carat gold”. So that will always be something to fall back upon.
[Letters, (Ed. Thomas Pinney) vol 5. p. 305]

Kipling said that fiction came before truth, as it would be impossible to define truth until someone had told a story. There are no barriers in fiction, the writer can tell of anything he chooses. Most writers of fiction hope for immortality but it is impossible for a writer to gauge what will survive of his work. Balfour’s speech might encourage Kipling to hope for a favourable outcome. 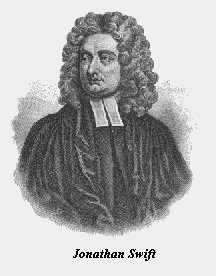 Swift’s personality interested him [Kipling] as well as his writings, as his characterization of him in “Fiction” shows … It is interesting to note that “The Propagation of Knowledge” (Debits and Credits) in which mention is made of Swift’s fear that he would die at the top (p. 238), first appeared in January 1926.

[Page 284 lines 11-12] some baby-talk in some love-letters Swift wrote to Esther Johnson (‘Stella’) in baby language.

For a discussion of the implications of Kipling’s reference to literature after Chaucer see Weygandt, p. 18.