Summarized in The Wellingtonian, July 1912 Collected in A Book of Words, Macmillan, London, 1928.

On 1 May, Kipling told his son John, aged fourteen, that he was thinking ‘what sort of paper I shall read “The twelve” on the 25th May’. (Letters, Ed. Thomas Pinney vol. 4 p. 107) The speech, originally entitled ‘The Possible Advantages of Reading’, was given to about fifty boys, including John. The account of the event in the school magazine concludes by saying that ‘The Society was deeply impressed by [RK] and carried away from that meeting feelings of delight and fascination, which it is impossible to describe’. (Letters, Ed. Thomas Pinney vol. 4 p.108)

Kipling himself wrote to Frank N. Doubleday the next day to say that the Wellington paper was, in comparison with that at the Royal Geographical Society, ‘serious and so I had to sweat big drops over it and got my reward when John told me this morning … that “it wasn’t so bad after all.” High praise, Sir, in the mouth of Youth’. (Letters, Ed. Thomas Pinney vol. 4 p. 114)

Kipling aimed to persuade his young hearers of the value of reading, and, in particular, of reading the literature of the past, from which he assured them, much can be learnt. To neglect earlier literature is as foolish as neglecting earlier scientific discoveries and setting out on your own. Some books, he told his audience, are no better than drugs, but, by and large, literature gives us some education in how to live our lives.

A. “When I heard thy words, my Father, I almost fell asleep through weariness.” B. “Had I foreseen that sleep, my Son, I would have put aside all else to have pleased thee alone.”

This dialogue refers to the fact that Kipling’s son, John, was a pupil at Wellington College, and was in the audience for his father’s talk. As Andrew Lycett points out (p. 533), Kipling wrote this ‘most poignant motto’ after his son’s death.

[Page 77, lines 5- 6] the Natural History Society at my old school Kipling read a paper on ‘Insect Life’ at United Services College, Westward Ho!, Devon, in July 1880. ‘Herbert Evans, a self-effacing graduate of Balliol, oversaw Rudyard’s early enquiries into the world of nature.’ (Lycett, 66) In Stalky & Co. they are referred to rather derisively as ‘The Bug-hunters’.

[Page 78, lines 15-18] I have a book at home …perpetual motion machines that have ever been invented for the last two hundred years This is Mechanical Appliances and Novelties of Construction by Gardner D. Hiscox, first published in 1899. Kipling has run together two sentences and has made some small alterations to a passage from Chapter 23, ‘Perpetual Motion’. (He has added an ‘s’ to ‘construction’; ‘originality’ was in inverted commas in the published text and ‘his’, in the last line of Kipling’s quotation, was ‘an’).

[Page 80, lines 14-22 and Page 81, lines 1-7] Earth’s grasp holdeth … a boon indeed! these (15) lines are Kipling’s interpretation of “The Ruin”, an Old English poem about the ruins of a Roman city, probably Bath. It is usually dated to the eighth century. See Ann Weygandt, pages 9-10 and 14-15 for Kipling’s possible sources and for suggestions on his choice of text.

[Page 81, line 13] Chaucer Geoffrey (1340?-1400), poet, best known for The Canterbury Tales (1475). Kipling knew his works well. His tale “Dayspring Mishandled” (1928) in Limits and Renewals turns on a forged passage of Chaucer, which Kipling drafted most convincingly.

[Page 81, line 16] That thee is sent receive in buxomnesse the third verse of Chaucer’s poem ‘Truth’, ‘Balade de bon conseyl’. Kipling has modernised the spelling and also added his own commentary on one passage. The poem is generally accepted as a homily against worldliness. See Ann Weygandt, p. 19.

[Page 81, line 28] Sir Walter Raleigh (or Ralegh) (1552?-1618) a leading Elizabethan explorer and writer who was responsible for the colonisation of Virginia. During his imprisonment in the Tower of London, he wrote a History of the World (1614).

[Page 82, lines 3-5] could not put pen to paper without producing uncommonly good prose Ann Weygandt (p. 26), however, remarks that Kipling only refers to two Elizabethan prose writers, Hakluyt and Raleigh.

[Page 82, lines 6-33] In this age a valiant and judicious … Otherwise not. Kipling is quoting from the 1676 edition of Raleigh’s History of the World, Part One, Book Five, Chapter One, Section Ten. As Weygandt explains (p. 27), Kipling is ‘quoting from three adjacent paragraphs’ and his ‘transcription does not read exactly like any edition I have seen, but the differences are very minor, such as might result from the use of a different edition’.

[Page 82, line 12] Duke of Parma Alessandro Farnese (1545-1592), Governor of the Spanish Netherlands. He laid siege to Antwerp in 1584 and eventually took it. He envisaged a military invasion of England but the defeat of the Spanish Armada in 1858 brought this plan to an end. See “Simple Simon” in Rewards and Fairies.

[Page 82, line 17] Hollanders and Zealanders inhabitants of the Netherlands and of the Danish island of Zealand.

[Page 82, line 30] bow-line a rope used to tighten the leading edge of the sail.

[Page 83, line 24-5] sevenpenny editions of standard authors Thomas Nelson’s sevenpenny series set a pattern which was followed by other publishers including Collins, Macmillan and Methuen.

[Page 84, line 4] our greatest General Frederick, Field Marshal Earl Roberts (1832-1914), known to the soldiers as ‘Bobs’. Famous for his long service in India, and in particular for his march from Kabul to Kandahar in 1879-80. Roberts was a successful Commander-in-Chief in South Africa from 1900 to 1904, responsible for the British victory in the Second South African War. Roberts and Kipling were long-standing friends. See “Kipling and Lord Roberts by Julian Moore.

[Page 84, line 7] his father’s Command in Peshawur Field Marshal Roberts’ father, General Sir Abraham Roberts (1784-1873), served in India and Afghanistan for over fifty years. Peshawur (or Peshawar) is in present day Pakistan, near the southern entrance to the Khyber Pass.

[Page 84, lines 17-18] campaign which … helped to bring on the Indian Mutiny Kipling does not explain why he thought this, but presumably he believed that the Indian Army Regiments, as well as the British forces, were so badly handled that confidence in the great power of the British Raj was lost.

[Page 85, line 26] fielding the fielder in a game of cricket is there to stop and throw or catch the ball. In comparison with the batsman and the bowler, his or her role is secondary, though very important nonetheless.

[Page 86, lines 1-2] forgive all our enemies a rough approximation to the Lord’s prayer in the Anglican Book of Common Prayer: ‘forgive us our trespasses, As we forgive them that trespass against us’.

[Page 86, line 4] Field Marshal highest rank in the British Army. “some insignificant trifle” – is just a little joke by Kipling: obviously very few of the boys he was addressing could expect to reach such positions, though Wellington was a school with a strong military tradition.

[Page 86, line 24] power and glory another echo of the Lord’s Prayer, ‘For thine is the kingdom, The power and the Glory’.

[Page 87, line 3] Bloemfontein capital of the Orange Free State, occupied by Lord Roberts in March 1900. See our notes on “A Burgher of the Free State”.

[Page 87, lines 14-15] ‘Thank Heaven we have within the land five hundred as good as they’ The Ballad of “Chevy Chase”. This is one of the oldest of the English ballads – dating from the 15th Century. It is included in Percy’s Reliques [1765] and Stanza 62, in one of many versions, is as follows (in part):

“Now God be with him”, said the King.
“Since it will no better be:
I trust I have, within my realm,
Five hundred as good as he!”

The ballad tells of a hunting party in the Cheviot Hills in Northumberland led by the Earl of Northumberland against the wishes of the Scottish Earl of Douglas. Douglas attacks and casualties are high in the ensuing battle. Both Northumberland and Douglas are killed. Some believe that the ballad is based upon the Battle of Otterburn in 1388. Ann Weygandt, page 174, notes that Kipling refers to the same passage in ‘A Conference of the Powers’, in Many Inventions p. 47, and in his poem ‘The English Way. 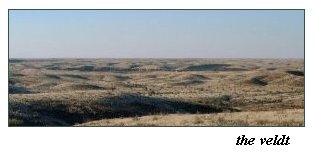 [Page 88, line 5] Bohn’s cribs cheap versions of Greek and Latin authors published by Henry George Bohn (1790-1884). They were unauthorised by most Universities. One meaning of the word ‘crib’ was a petty thief, so that the use of an unauthorised translation is colloquially known as a ‘crib’.

[Page 88, line 6] Horace Quintus Horatius Flaccus (65 BC to 8 BC) Latin poet. In Something of Myself Kipling says that his Latin teacher, W.C.Crofts, taught him to:

…loathe Horace for two years; to forget him for twenty, and then to love him for the rest of my days and through many sleepless nights’. (p. 33)

Kipling’s translations and imitations of the Odes of Horace were published by Charles Carrington in 1978 and it should be noted that Carrington doubts the truth of Kipling’s reminiscence of an early loathing for Horace, quoted above.

[Page 88, line 29] prep-school a preparatory school, for boys from 7 to 13, usually occupied in training pupils for the Public Schools. The ‘pride of a prep.-school’ would be the best scholar in the school.

[Page 88, line 33] I know a man who did much better than this unidentified.

[Page 91, line 8] Ranji Ranjitsinhji, Maharaja JamSahib of Nawanagar (1872-1933). A fine cricketer, he played for Cambridge, Sussex and England, and is generally regarded as one of the greatest batsmen of all time.

[Page 94, line 1] Pecksniff the hypocritical character in Martin Chuzzlewit (1843-4) by Charles Dickens (1812-1870). The reference is to Chapter 4 where the Chuzzlewit family and their relatives are quarrelling. Pecksniff speaks of old Martin Chuzzlewit’s ward, Mary Graham, as a threat to old Martin’s money remaining in the family, struggling to find the right word to describe her. Eventually, after swans and oysters have been suggested, he comes up with ‘sirens’.

[Page 94, lines 9-10] Deadwood Dick or The Terror of Bloody Gulch The ‘dime novels’ about Deadwood Dick were the creation of Edward Lytton Wheeler (1854-5 to 1885-6). The novels, still credited to Wheeler, continued to appear after his death. The Bloody Gulch was the gambling hell and haunt of Deadwood Dick’s enemies.