Published in pamphlet form as “The Nerve that Conquers”, Doubleday, New York, 1928.
Published in The Times 27 October 1928, page 9 and on the same date in the New York Times and East Anglian Times. Collected in the Sussex Edition vol. XXV, pp. 285-91, together with the earlier speeches collected in A Book of Words, and in the Burwash Edition vol. XXIV. Kipling gave permission for his speech to be printed in pamphlet form in aid of the Benevolent Society, but there is no record of such a publication. 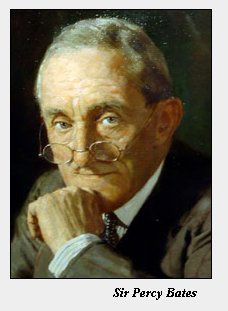 Kipling had been asked to give the speech by Sir Percy Bates (1879-1946), the Chairman of Cunard, and of the Morning Post, with whom he stayed.

He arrived in Liverpool on 25 October and on the following day toured the docks on the Overhead Railway.

An account of his visit was given in the Liverpool Echo of Ocrober 26th under the title: Rudyard Kipling Sees Our Ships. Famous Author’s Trip Along the Docks:

Youth is restless in Liverpool, today, for Rudyard Kipling is here. A glimpse of the author who has inspired every right-thinking Englishman, at some time or other, is a possibility of the
streets.And middle-aged men reflect to themselves and try to recapture the magic of reading “Kim,” or “Soldiers Three,” or “Barrack Room Ballads” for the first time.

Kipling arrived last night, and this evening will be the chief guest at the banquet, in the Adelphi Hotel, of the Liverpool Ship-
brokers’ Benevolent Society… In such an atmosphere what more natural than that the author of “Ballad of the Bolivar,” “The Ship that Found Herself,” and other marvellous romances of the mercantile marine, should take a cruise among ships? Thus it came about that Mr. Kipling took a voyage not on a ship, but amongst and alongside ships–on the Overhead Railway…

To Mr. Kipling the tour along the docks in the Overhead train was a treat he made no effort to disguise. As the train passed the Northern Docks, containing the biggest liners, its pace was reduced, so that he might have a better chance of seeing the craft. The keen interest he displayed is, perhaps, best indicated by one little incident. He espied a Blue Funnel liner.Quick as lightening he queried,

“Where have I seen a funnel like that before?” Then,with equal rapidity, he supplied the answer himself, “Ah! I remember now,
it was at Yokohama about twenty years ago.”

Concerning another ship, Mr. Kipling recalled that he travelled on a vessel of that fleet from a China port. She carried tea, and
so much of it that she had to put a couple of hundred tons of her bunker coal on deck. He won’t readily forget it, he said, because the coal shoot passed near to his cabin, and he got the full benefit of it. About the wonderful panoramic view of the docks and ships, obtainable from the Overhead Railway, Mr. Kipling became positively enthusiastic.

In a letter to Elsie of October 10, Kipling wrote:

I am going up to Liverpool to stay a night with Percy Bates and make a speech to the Benevolent Shipbrokers of that Port. Did not know that that sort of people were benevolent but anything is possible at Liverpool.
[Letters, (Ed. Thomas Pinney) vol 5. p. 455]

[Page 287 line 11] Ushant Isle d’Ouessant, the most westerly part of France. An important landmark for mariners.

[Page 288 line 17] Galapagos A group of Pacific islands on the equator off the coast of Ecuador.

[Page 289 lines 11-12] since the Restoration Kipling presumably means the Restoration of Charles II to the throne in 1660, after the rule of Oliver Cromwell as Lord Protector, in the name of Parliament.

In fact, Liverpool’s great days as a seaport began in the eighteenth century with the development of the African slave trade.