The Kiplings visited Brazil in March/April 1927, his first visit to South America. He wrote a series of travel letters for the Morning Post in London which reflected his delight in what he saw and heard, which were later collected as Brazilian Sketches.

In this speech he was responding to an Eulogium given by Gustavo Barroso (1888-1957), the Brazilian politician and writer, who had a particular interest in the past of Brazil, and wrote over fifty works, including historical and regional novels, folklore studies and biographies of Brazilian national military heroes.

Writing to his daughter on 22 and 23 February, Kipling told her that he would ‘have to walk warily in my answer, because they consider themselves intellectually the salt of the earth’. [Letters, (Ed. Thomas Pinney) vol 5 p. 350] Kipling spoke of his admiration for Brazil and related his special interest to his early life in India, another tropical country. There was a particular curiosity about life in other countries in the wake of the Great War, which had changed so much. Brazil had a history of its own, in addition to its links with Europe. Unlike the British Empire Brazil was not divided by sea. He praised the literature of Brazil and the Academy and spoke of his pleasure in his visit to the country.

[Page 289 lines 20-21] give me the first six years of a man’s life, and I will give you all the rest these words are believed to originate in the early Christian Church, but have traditionally been associated with the Society of Jesus, the Jesuits, whose intellectual and moral training is particularly rigorous.

[Page 293 line 3] “The Brazils” Ann Weygandt (p. 62) tells us that: ‘The Brazils are mentioned in both Robinson Crusoe and Captain Singleton’ by Defoe. 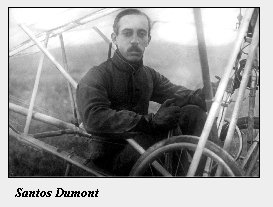 [Page 293 line 19] Carnival in Rio Kipling attended the carnival and wrote about it in the last of his Brazilian Sketches, published in the Morning Post on December 20th 1927.