Published in the Scotsman 11 October 1923 and in The Times 11 October 1923, page 14. Published as a booklet by Macmillan October 23 1923, and in the St Andrew’s University magazine, College Echoes October 26 1923. Collected in A Book of Words, Macmillan, London, 1928, with – as a heading – the epigraph about Philodemus (see the note below on p. 228), and some variations in the closing quotation.

Kipling was giving his inaugural address as Rector of St Andrew’s University. The Rector, an honorary title, is elected by the students. Kipling tried to persuade friends to accept honorary degrees at this time and the Prime Minister, Stanley Baldwin (1867-1947), Kipling’s cousin, Sir John Bland-Sutton, Admiral Sir Roger Keyes (1872-1945), the poet, Henry Newbolt (1862-1938) and the Lord Justice General of Scotland, Lord Clyde (1863-1944), had agreed.

On Kipling’s arrival by train on 9 October, accompanied by his cousin, he had been greeted by a large group of enthusiastic students who persuaded him to give an impromptu speech. He gave another on arrival at University House, to which the students had pulled him in triumph. On the following morning, a service was held in the College Chapel after which Kipling’s installation as the new Rector took place in the afternoon of 10 October. 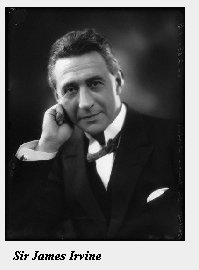 Introducing him, the Principal, Sir James Irvine (1877-1952), referred to the inaugural address of Kipling’s predecessor as Rector, J.M.Barrie (1860-1937), noting that Barrie had chosen the title, ‘Courage’.

Kipling, said Irvine, was a worthy successor, as he had shown courage all his life. Kipling was honoured with the degree of LLD. His address was greeted with an ovation. Kipling urged his hearers to maintain their own independence, not to become over dependent upon objects or persons. Speaking of prehistoric man, he noted that when men lived in the tree-tops they were dependent upon themselves alone, but once they became part of a tribe on the ground, they lost much of this independence. Kipling referred to the development of lying, and of man’s wish to be ‘independent of facts’.

He explained that, in order to be independent, it is necessary to possess one’s own supply of certain basic commodities or rations. Each person who comes into the world is burdened with the weight of the past and it is impossible to escape entirely from the pressure of the outside world. Independence was now more difficult to achieve than it had been in the past. Kipling told the students that they had, however, certain blessings. Most of them would be able to earn their own income, they had the strength of Scottish history behind them and they were accustomed to living simply. Independence is hard to maintain, and there will be many forces working against it, but the will to achieve it comes from man’s tribal past and it is worth fighting hard to maintain it.

[Page 229 line 1] Philodemus a poet and Epicurean philosopher of the first century B.C., famous for his witty epigrams, many of them published in the Greek Anthology. Cicero accused him of profligacy, and Philodemus defended the Epicureans against the Stoics.

[Page 231 lines 10-17] To catch Dame Fortune’s golden smile Kipling himself gives the exact reference for this quotation from the seventh stanza of “Epistle to a young friend” by Robert Burns’ as page 171 in the first volume of the edition published in three volumes by William Pickering in 1830. Ann Weygandt (p. 71) speculates that Kipling may have:

…looked carefully through the pages of Burns to find an appropriate text … Certainly the seventh stanza of the ‘Epistle to a Young Friend’ is not the kind of Burns most people have had at the tip of their tongues.

Kipling chose a Scottish text containing a key word of his address, ‘independent’.

Henry Duncan (1774-1846) was the founder of Savings Banks, and minister of Ruthwell in Dumfriesshire in south-west Scotland.. He was the discoverer of the Ruthwell runic cross. He had studied at St Andrews for two sessions, and
was made a Doctor of Divinity there in 1823, exactly a century before the date of Kipling’s speech. Thomas Chalmers (1780-1847), a former Professor of Moral Philosophy at St Andrews, was a theologian and author of influential treatises, who did much to set up the Free Church.

[Page 231 line 22] carries coals to Newcastle a common expression, meaning to perform an unnecessary action. Newcastle was a source of coal. 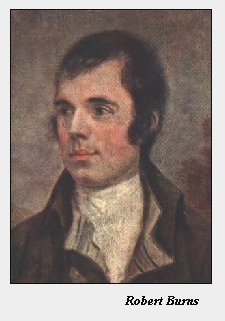 [Page 232 lines 16-17] “Let every herring hang by its own head” a Scottish proverb meaning that every man must stand by his own endeavour.

[Page 238 lines 14-16] Its people must be his people and it God must be his God Kipling is adapting the words of Ruth in the Book of Ruth 1,16: ‘thy people shall be my people, and thy God my God’. Ruth was a Moabitess, formerly married to a Jew, but now a widow. She insists upon returning to Judea with her widowed mother-in-law, Naomi.

[Page 238 lines 30-31] the sins of your fathers this is an echo of a number of similar passages in the Old Testament, among them Deuteronomy 5,9: ‘for I the Lord thy God am a jealous God, visiting the iniquity of the fathers upon the children unto the third and fourth generation of them that hate me’.

[Page 247 line 6] to jackal round the jackal has always been the follower and scavenger of the tiger and other killer animals. The term has come to mean one who does mean work for another. Kipling uses the expression in the opening lines of the uncollected tale “With Number Three” to describe an ambulance train in the South African War following behind the army:

The sun had faded the Red Cross on her panels almost to brick colour; had warped her woodwork and blistered her paint. For three months she had jackalled behind the army…

[Page 247 lines 9-10] the Heir of all the Ages This is from ‘Locksley Hall’ by Alfred Lord Tennyson, published in 1842: ‘I am heir of all the ages, in the foremost files of time’. Ann Weygandt, p. 110, points out that Kipling quotes from this poem on four other occasions, using these same words in three instances.

[Page 247 lines 29-33] And make the council of thy heart to stand This postscript comes from Ecclesiasticus 37,13 [In the Apocrypha].

[Page 247 lines 32-33] seven watchmen Ecclesiasticus 37,14. Kipling used the “Seven Watchmen” as the title of the dedicatory poem for The Years Between, dated 1918 and published in 1919. In the poem, as in the closing words of the speech, Kipling is arguing that his readers or hearers should trust their own judgement and not the words of politicians and leaders.