This poem was first published in April 1919 as a heading to The Years Between, entitled “Dedication. To the Seven Watchmen”. Andrew Lycett (p. 488) describes it as ‘often overlooked … a summation of the war-related verses’. It is collected as “Seven Watchmen” in:

Man should…reject the temporal world – the seven watchmen with their visions of the glory and the power – to listen to his inner voice.

He was warning against a trust in revelation from above by a faith in leaders who asked people to believe that willing a thing to be so would be enough to make it prevail. .. and the inability of politicians to offer any guidance to humanity.

In the year after the Great War, Kipling was addressing those in authority who were negotiating the Treaty of Versailles with Germany, and, in particular, the idealism which had earlier been expressed in President Woodrow Wilson’s peace-without-victory ‘Fourteen Points’ speech to the United States Congress on 8 January 1918. This had been an attempt to persuade Germany to surrender. Amongst its proposals had been: equality of trade; agreements based on diplomacy; open covenants of peace, freedom of navigation of the seas, and adjustment of colonial claims in the interests of the people concerned. Kipling, deeply hostile to Germany, believed that the political leaders were ignoring Europe’s past history and endangering its future.

Within this collection were many poems which expressed his anger and sadness about bad decisions by leaders he saw as dangerously misguided or corrupt. It included “Gehazi”, his ‘hate poem’ of 1913 against the Marconi scandal, which he had been unable to publish earlier, for fear – on the part of editors and newspaper proprietors – of libel writs.

As with his earlier volumes of poetry, Kipling used the publication of The Years Between in April 1919 to record a distinct phase of his career. Here, he gathered together not only the wartime poems, some of which were being published for the first time, but also pre-war polemical works such as “The City of Brass”, “The Female of the Species”, “The Covenant”, and “Ulster”.

Germany was announced as a central preoccupation by opening the volume with “The Rowers”, which had been published originally as long ago as 1902, and closing it with “]ustice”. For Kipling, there was an obvious unifying pattern in all of this, with The Years Between referring back to the bleak aftermath of the Boer War and the determination to make a new start that he had expressed in The Five Nations. The programme he set for himself then had been followed through and brought to the only kind of conclusion he was capable of influencing. His devoted admirers understood this, and remained loyal to him, but for most younger readers The Years Between must have seemed a curiously miscellaneous and wilfully old-fashioned collection. It was not simply a matter of Kipling being at odds with post-war trends in both politics and literatu re: after all, he had been a dissenting force for most of his life, and had thrived on it. More to the point was T. S. Eliot’s description of him, in a review of The Years Between, as a “neglected celebrity”. [Kipling Redivivus in The Athenaeum, 9 May 1919]

The paradox is exactly right. Kipling was now more famous than ever. He was still much loved by some, and much hated by others. Sales of his books remained phenomenally high for a writer of his quality. Academic honours, which, unlike political honours, he was willing to accept because they did not threaten to interfere with his independence, were heaped upon him.

…And although tributes such as these were in recognition of past achievements, Kipling was by no means finished as a writer. The best of the short stories he wrote during this period (after the war) were more experimental than ever, and have proved to be the work for which he is most admired today: nor did their originality go as entirely unrecognised as is often supposed. Yet, so little influence did he seem to have on literature of the 1920s and early l930s that he might not have been alive at all. He was being treated, already, as a dead Classic.

[Title] Dedication to the Seven Watchmen:

‘For a man’s mind is sometime wont to tell him more than seven watchmen that sit above in an high tower.’

The title and the whole theme of the poem are taken from Ecclesiasticus Chapter 37,14 (in the Apocrypha). The Book of the All-Virtuous Wisdom of Yeshua ben Sira, commonly called the Wisdom of Sirach and also known as the Book of Ecclesiasticus or Ben Sira, is a work of ethical teachings, from approximately 200 to 175 BCE, written by the Jewish scribe Ben Sira of Jerusalem. It was clearly known, directly or indirectly, to Kipling.
Sharad Keskar points out that the number seven is not a haphazard choice: 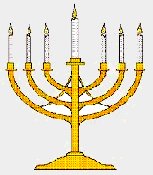 It would naturally occur to be significant to anyone steeped in the Judaeo-Christian tradition. Not only was the seventh day honoured by the Jews, but the seventh year; and every forty-ninth (seven times seven) was a jubilee.

[line 3] the Man: Mankind (including Womankind!)

‘Again, the devil taketh him up into an exceeding high mountain, and sheweth him all the kingdoms of the world, and the glory of them;’

‘And saith unto him, All these things will I give thee, if thou wilt fall down and worship me.’

[line 5] All things on Earth your will shall win you: You can get anything in the world just by wishing for it; not a sentiment that Kipling ever believed in.

[line 7] But the Kingdom: The poem’s central message is that one needs to trust one’s own judgments and listen to one’s own inner voice.

[line 10] the bitter years before: The poem was written just after the end of WW 1 – bitter years indeed for Kipling who lost his only son John in 1915, and for millions of others as he well knew from his work on the Imperial War Graves Commission.

[line 11] over-sweetened hour: the hour of victory which will also bring problems if there is ‘trust in revelation from above.’ (See Parry p. 111)

[lines 12 & 13] These last two lines are almost a direct quotation from the biblical verse which inspired the poem. See Title above.