Kipling told his friend Henry Rider Haggard on 15 February that he was ‘going off to try to finish a speech – on shipping!’ [Letters, (Ed. Thomas Pinney) vol 5. p. 204]

He wrote to his daughter on 19 February, telling her that he was still working on the speech for ‘the Federation (or whatever it is) of the Shipping Industry:

Lord knows I don’t know yet how to make a speech: but they are going to instal [sic] loud-speakers all over the room; which means I have a “microphone” in front of me; and they have written to ask if I shall find it “put me off”. As I don’t know what a “microphone” is like I am looking forward with the liveliest interest – not untinged with apprehension.
[Letters, (Ed. Thomas Pinney) vol 5. p. 206]

Kipling explained that he had always been fascinated by ships. He compared Great Britain to a ship, recalling a time, now past, when ships could disappear without trace. He stated that the ability to move things, and people, from place to place is essential to a nation’s well-being. Kipling complained of the demoralisation of the population and of the ill will being generated. The shipping industry, he said, was behind the creation of the Empire and he looked to them to help in the nation’s future.

[Page 268 line 6] H.M.S. Ascension Ascension Island, in the Atlantic Ocean between Africa and Brazil, was formally commissioned as H.M.Sloop of War Ascension in 1816 and remained under naval command as a minor naval base, and later a cable station, until October 1922, when it became a dependency of St Helena under the Colonial Office.

[Page 269 line 21] New Model War the Long Parliament set up the New Model Army in 1645 during the Civil War between King Charles I and Parliament. 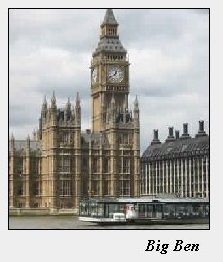 [Page 272 line 23] “quote fine” the reference is to insurance brokers and companies who, from long experience, are able to give good competitive quotations when asked to insure a cargo or other goods.