Published in The Times 16 November 1928, page 18. Published in The Lancet as ‘The Story of Nicholas Culpeper: Astrologer-Physician’, 24 November 1928, page 1061. Published as “Healing by the Stars” in pamphlet form, Doubleday, New York, 1928. Collected in the Sussex Edition vol. XXV, pp. 293-99, together with the earlier speeches collected in A Book of Words, and in the Burwash Edition vol. XXIV.

Kipling and Winston Churchill were the guests of honour at the annual dinner. Kipling wrote to Peter Stanley on 26-28 November 1928:

I made a speech at the R.Society of Medicine (maybe you saw it in the Lancet) on the old “astrological” lines we discussed more than a year ago. It was rather fun but it has unchained on me every dam’ astrological crank in England (with pamphlets!) and the U.S. mail has yet to come.
[Letters, (Ed. Thomas Pinney) vol 5. p. 460].

Kipling spent much of his speech talking about Nicholas Culpeper, the seventeenth century physician. His argument was that Culpeper, as an astrologer, believed in the unity of the universe. Kipling declared that Culpeper would find much to confirm his belief in modern science and medicine. Kipling feared that recent scientific discoveries had made medicine more limited in approach.

In July 1928 he had visited an international conference on cancer hosted by the Royal Society of Medicine which was presided over by his friend Bland Sutton. In a letter to his daughter Elsie he wrote:

‘… at the end an exhibition was given where the cells were all illuminated white against black, and it was like staring into the Heavens. Just the same as the nebula….’

See also his “A Doctor of Medicine” in Rewards and Fairies, his poem “Our Fathers of Old”, Dr Gillian Sheehan’s article on “Kipling and Medicine”, and —in particular—his story “Unprofessional” (October 1930), collected in Limits and Renewals, which developed the ideas expressed in this speech.

[Page 295 lines 6-7] Colonel MacArthur William MacArthur (later Sir William), Professor of Tropical Medicine at the Royal Army Medical College. He had served in India and was a pioneer in the treatment of cysticerus, a rare disease usually found in soldiers who had been in India.

[Page 295 lines 10-11] Royal Society of Medicine founded in 1805 as the Medical and Chirurgical Society of London.

[Page 295 line 14] Nicholas Culpeper (1616-54) physician and astrologer. Culpeper enraged the medical establishment of his day by translating their Latin Pharmacopoeia into English. Culpeper is the central character in “A Doctor of Medicine” in Rewards and Fairies and Kipling also refers to him in “Wireless” in Traffics and Discoveries (p. 215 line 18).

[Page 295 line 15] Spitalfields market area in the East of the City of London.

[Page 295 line 24] decumbiture taking to one’s bed. The word is to be found on page ix in the Preface to the 1789 edition of the English Physician and Complete Herbal:

… the natural ground of medicine and disease … depends much upon astral influx and elementary impression; and hence it is, that, by the nativity or decumbiture of the patient, we are enabled to discern both the cause and conclusion of the disease.

[Page 296 lines 10-13] this creation … high as the stars Kipling is drawing together some of Culpeper’s statements from The English Physician Enlarged and combining them into a single sentence. All references are to the edition of 1789. In speaking of ‘contraries’, Kipling omits Culpeper’s reference to God:

‘The hand eternal, in the beginning, when he formed the creation, made it a composition of
contraries’ … (I, 59) ‘if we consider that the whole creation is one entire and united body, composed by the power of an All-wise God, of a composition of discords’… (I, 63) ‘Man is an admirable creature, the universe and epitome of the world’. (II, 3) 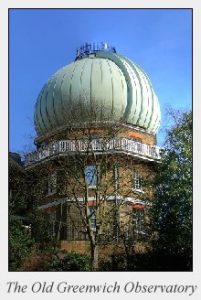