One winter night, in a chemist’s shop in a town on the south coast of England, probably in Sussex, the narrator has come to witness attempts to communicate with another experimenter in Poole, in Dorset, some thirty or forty miles away, using Marconi’s new wireless telegraphy. The shop is suffused with red green and blue light from the traditional glass jars of the trade, it is bitterly cold, and in the grocery next door game birds and a hare are swinging in the east wind. Mr Shaynor, the chemist’s assistant, a consumptive, falls into a drugged trance, and writes fragments of verse, reflecting these surroundings:

——Very cold it was. Very cold
The hare—the hare—the hare—
The birds——
The hare, in spite of fur, was very cold.
Incense in a censer——
Before her darling picture framed in gold—
Maiden’s picture—angel’s portrait—

Candied apple, quince and plum and gourd,
With jellies smoother than the creamy curd,
And lucent syrops tinct with cinnamon;
Manna and dates in argosy transferred
From Fez; and spiced dainties, every one
From silken Samarcand to cedared Lebanon.

Though he had never read Keats (1795-1821), who was himself a consumptive and a chemist’s assistant, Mr Shaynor had reproduced several passages from the poem “The Eve of St Agnes”.
Like the wireless messages coming through space, it seems that inspiration is coming from the past by some mysterious unknown power. Meanwhile, the technical experimenters find that wireless messages are coming in, not from Poole as they had expected, but from two warships at sea off the English coast; but then Poole comes in ‘clear as a bell’.

There are some parallels here with “The Finest Story in the World” (Many Inventions) where a young man in a trance-like state relives his earlier lives. ‘Wireless’ reflects Kipling’s interest in new technology, and his fascination with the mysterious nature of literary inspiration. He wrote to Rider Haggard in 1918: ‘We are only telephone wires’ [Rudyard Kipling to Rider Haggard, the Record of a Friendship , Ed. M. Cohen, Hutchinson 1965, p.100]

See Early Verse by Rudyard Kipling (Ed. Rutherford) page 57 for “Tobacco (“Unpublished Sonnet by Keats to a Pipe”) inscribed at the end of “The Eve of St. Agnes” in Kipling’s copy of Longer English Poets Ed. J. W. Hales (1878), a book Kipling used at school. Also “The First Day back”, a nine-line verse ‘in the manner of “…St. Agnes” (page 56)
This item is also collected in the Sussex Edition, Volume 7, page 219, the Burwash Edition, Volume 7, Scribners Edition, Volume 22. and Mrs. Bathurst and Other Stories, selected and with an Introduction by John Bayley, and edited and annotated by Lisa Lewis (Oxford University Press, 1991.) 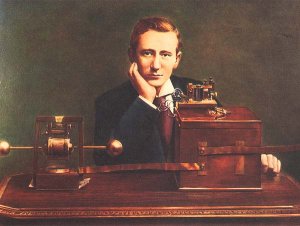 Guglielmo Marconi (1874-1937) was an Italian inventor of Italian and Irish descent, best known for his development of a radiotelegraph system. In 1899 he had lunch with Kipling, who, as Andrew Lycett says, (p. 336):

kept his ears to the ground (and) was able … to write ‘Wireless’ … a story that explored the relationship between psychic communications and the new science of telegraphy.

This despite his poem “En-Dor” which warns against dabbling in such matters. See “They” and “Mrs. Bathurst” later in this volume, and, for a more light-hearted viewpoint, “The Sending of Dana Da” (Soldiers Three) For background to the development of wireless telegraphy see ORG Volume 4, p.1903. 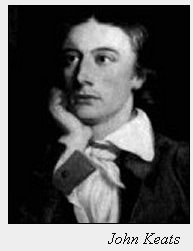 John Keats (1795-1821), was one of the principal poets of the English Romantic movement. His work received critical attacks from the periodicals of the day, but his posthumous influence on poets such as Alfred Tennyson has been immense. See John Keats by Robert Gittings, (Heinemann, 1968)

“The Eve of St Agnes” can be found on various sites on the Internet. The basis of the poem is the superstition that a woman would see her future husband if she performed a certain ritual on the eve of Saint Agnes. If she were to go to bed without looking behind her back, her future partner would appear in a dream, eat with her and kiss her. Saint Agnes (291–304) was an early Christian virgin martyr, the patron saint of chastity, gardeners, girls, engaged couples, rape victims and virgins. Her feast day is in mid-winter, on January 21.

not to my mind a very successful tale, though, like most of his comparative failures, it is interesting. It is too full of crowded detail which, as it is structural, cannot be eliminated. The too-assertive ‘I’ moves restlessly among the bric-à-brac, assembling and twitching it into position and fairly prodding on the apocalyptic minute. The mind of the reader is over-occupied with matching clues; or it fails to match them …

Dr Tompkins goes on to say that the story suffers from too much detail – unlike “Mrs. Bathurst” (later in this volume) – which has not enough ! Kingsley Amis (p. 95) takes a similar view:

The reader’s attention is directed more to the skilful counterpointing of its two themes – communication in space by telegraphy, and in time by some means or other – than to the pathos of the consumptive chemist’s assistant whose mind becomes attuned to that of Keats.

See also Bodelsen (p.134) who likens this story to “Mrs. Bathurst” (later in this volume) where Kipling uses, to great effect, another new invention – the cinematograph.

There is also an extended essay on this story in Rudyard Kipling: Life, Love, and Art by William Dillingham, pp.29-52.
Ann Weygandt (pp. 82-83) sees this story as evidence of Kipling’s very high regard for Keats:

… he reconstructs for us the situation in which Keats might have produced his best work, and the steps by which he might have reached his finest phrases.

Remember that in all the millions permitted there are no more than five – five little lines – of which one can say: ‘These are the pure Magic. These are the clear Vision, the rest is only poetry.’

This gives us the measure of Kipling’s admiration for Keats.

on this web-site, under the heading Supernatural including “The Finest Story in the World” (Many Inventions)