Kipling was admitted to the Stationers’ Company as an Honorary Freeman on this occasion, as were Lord Balfour (1848-1930), the former Conservative Prime-Minister, and J.M.Barrie (1860-1937), author of many plays, including “Peter Pan”, in recognition of their services to Literature. 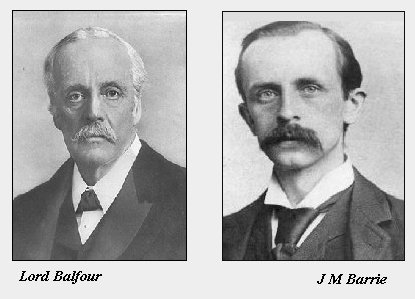 Balfour spoke first, followed by Barrie. After Kipling’s speech, the Master of the Company, Richard Bentley, proposed a toast to his good health, demonstrating his enthusiasm for Kipling’s writing.

Kipling wrote to his daughter Elsie the next day that ‘I said my little piece which went off all right’. [Letters, (Ed. Thomas Pinney) vol 5. p. 242]. During the dinner, when he sat between Balfour and Lady Bland-Sutton at the high table, Kipling scribbled a verse upon Balfour’s programme. Balfour had published “A Defence of Philosophic Doubt” in 1879, and Kipling wrote:

The Foundations of Philosophic Doubt
Are based on this single premise:
“Shall I be able to get out
To Wimbledon in time for tennis.”
[Letters, (Ed. Thomas Pinney) vol 5. p. 243]

As David Gilmour notes (p. 181), Kipling liked Balfour personally, but was unimpressed by effete aristocrats in politics. Balfour had once attended the Eton and Harrow cricket match in preference to a meeting with the Kaiser, a priority close to that of Kipling’s rhyme.

In his speech, Kipling talked of the development of paper and printing and of the effect of this development. Literature, he told his audience, is the only human activity which ‘withstands time’.

[Page 273 line 1] Rhadamanthus a figure in Classical mythology famous for his uprightness and justice. In death he was made the Judge of Hades. His name here may be taken to suggest “be stern judges”.

[Page 275 line19] the fatted calf a reference to Luke 15, 23,27 and 30. In the parable of the Prodigal Son, the father kills the ‘fatted calf’ to serve at a banquet to celebrate the return of his erring son. 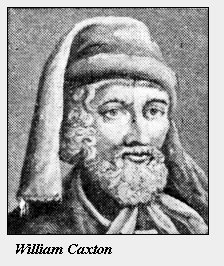 [Page 276 lines 9-10] the eleventh plague Exodus, 11 and 12, refer to the ten plagues visited upon Pharoah during the detention of the Israelites in Egypt.

[Page 276 line 12] Decalogue the ten commandments handed down to Moses by God in Old Testament tradition.

[Page 277 line 30] the Recording Angel the angel who records the doings of human beings. The Christian Guardian Angel has some of the same qualities.