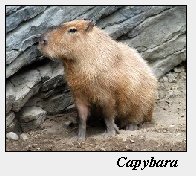 cowtick Kipling was well aware of the damage that in many parts of the world cattle-ticks – burrowing insects which live on their hosts – can do, in spreading fever and parasites and weakening cattle.

Sacred Cow These hump-backed cattle of Brazil were very similar to the sacred cows familiar to Kipling from his time in India, venerated as holy by Hindus. 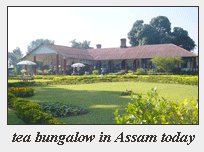 an Assam planter’s bungalow The house reminded Kipling of comfortable timber houses where tea planters in India lived. Assam, near the border with Bangladesh,
is the largest tea-growing district in the world, and Assam growers then and now would have no doubt of the supreme excellence of their tea.

Charlestoned The ‘Charlestone’ is an exuberant dance, with many side-kicks from the knee, named after its place of origin in South Carolina in the United States, fashionable in the 1920s and revived from time to time since. 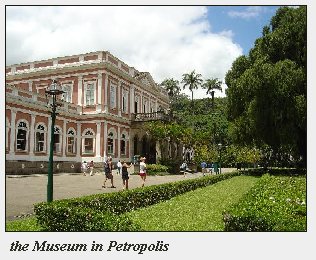 the gardens of Petropolis An elegant resort town about 40 miles north of Rio. The Museum (left) is the former Summer Palace of the second Brazilian Emperor

“coon-stuff” Songs sung by blacked-up artistes in the London Music-Halls, which bore no relation to African music.

The Brazilian has been established here four hundred years and more The land now called Brazil was claimed by the Portuguese in April 1500, at the arrival of the Portuguese fleet commanded by Pedro Álvares Cabral. Colonization was effectively started in 1534, when King Dom João III divided the territory into twelve hereditary captaincies, but this proved an utter disaster, and in 1549 the king assigned a Governor-General to administer the entire colony. [Wikipedia].

first Emperor Dom Pedro I of Brazil, declared Brazil’s independence and was crowned first Emperor in September 1822. Brazil became a Republic in November 1889.

freed at a stroke of the pen The slave-trade was made illegal in Brazil in 1850, though slavery was not completely abolished until the 1880s.

the Dole ‘Unemployment Benefit’, paid in Britain by the state to people out of work. Kipling is suggesting that in comparison with Britain, food was cheap in Brazil, and poverty not such a serious matter.

had Moscow permitted England to get to work Kipling is referring to the British General Strike, the culmination of a period of serious industrial unrest, which brought Britain to a standstill for ten days in May 1926. The Soviet Union, as the heartland of communism, and committed to World Revolution, was seen by some as a sinister influence behind the scenes in such disputes.

the Bay The Bay of Biscay off the western coast of France, which ships cross as they begin their voyages across the Atlantic.