ORG Volume 8, page 5380 records the first appearance of this poem in the Daily Mail on 31 October, 1899; Martindell reports publication the same year in a facsimile of Kipling’s writing with the famous illustration “A Gentleman in Khaki” (above) by Woodville, a ‘Royal Edition; issued by The Printing Arts Company in the same year, and inclusion in Volume XXII of the Bombay Edition in 1915.

[The artist Richard Caton Woodville (the Second) (1856-1927) was best known as a painters of battle scenes in the late nineteenth and early twentieth centuries. His “A Gentleman in Khaki” is reminiscent of the first version of Dick Heldar’s “The Last Shot” described in the Notes by Geoffrey Annis on The Light that Failed (1891), page 48, line 31]

Kipling freed the poem from copyright in order to raise funds for comforts for the troops in South Africa during the second South African War of 1899-1902. (Harry Ricketts, page 260), and there were innumerable printings in various periodicals, on garments and souvenirs of all kinds. Ricketts also records how, in the autumn of 1899 Kipling started his Volunteers in Rottingdean. (See “A Village Rifle Club”).
Martindell (pp. 177/8) records that a typescript of the poem was included in the working copy of The Five Nations that Kipling used when preparing the Bombay Edition. However, as far as we can ascertain, it does not appear in any of the successive editions of that collection.

There are various recordings of Sullivan’s rendering of the poem on youtube. This is the most viewed, so perhaps the best.

In its time, this poem may well have been the best-known of all Kipling’s works, despite being regarded as ‘vulgar’ by some sensitive souls (see below). Kipling, who had had somewhat mixed views on it himself, observed: ‘I would shoot the man who wrote it if it would not be suicide’ (Julian Ralph, page 113). Kipling says in the much-quoted paragraph in Something of Myself page 150:

Money was wanted for small comforts for the troops at the Front, and to this end the Daily Mail started what must have been a very early ‘stunt’. It was agreed that I should ask the public for subscriptions. That paper charged itself with the rest. My verses (‘The Absent-Minded Beggar’) had some elements of direct appeal but, as was pointed out, lacked ‘poetry. Sir Arthur Sullivan wedded the words to a tune guaranteed to pull the teeth out of barrel-organs. Anybody could do what they chose with the result, recite, sing, intone or reprint, etc., on condition that they turned in all fees and profits to the main account – ‘The Absent-Minded Beggar Fund’ – which closed at about a quarter of a million. Some of this was spent in tobacco…

Despite Kipling’s own recollections in his last days, the appeal by the Daily Mail was to give support to the wives and children of the men in South Africa, rather than comforts for the troops themselves, which may well have accounted for the immense success.of their ‘stunt’.  See the article in KJ 341 for April 2011 by Dr John Lee, on “Following the Absent-minded Beggar.”

The actress Mrs. Beerbohom Tree recited the poem on the stage of the Palace Theatre in London every night for fourteen weeks and raised £70,000 (Julian Ralph, p. 54) [this Editor recalls that his  mother used to say that she recited it in the cocoa-rooms in her village of New Ferry in Wirral but he never asked her how much money she collected and if she paid it in; Ed.] 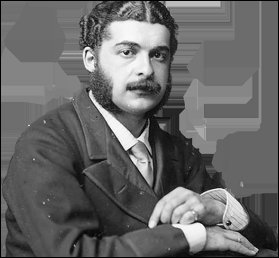 Barrel-organs were a form of street entertainment which produced popular music – a cylinder with teeth revolved on a metal comb when the handle was turned. See “The Puzzler” (Actions and Reactions) and “The Village that Voted the Earth was Flat” (A Diversity of Creatures).

Lord Salisbury, the Prime Minister, sent his private secretary to offer Kipling a knighthood but he refused, as he also refused the Poet Laureateship, saying he could work better without the honour (Andrew Lycett, page 319)

Public views of the army

The warm public response to this appeal not only made amends for the point of view expressed by the public in “Tommy”, but also displayed Kipling’s skill in appreciating the public mood:

The status of the private soldier in Victorian England was never very high, and people of all classes seem to have regarded serving the Queen in the ranks as something of a disgrace rather than an honour. Farwell (Mr. Kipling’s Army, (W.W. Norton, 1981 page 93), quotes a popular rhyme from the time of the Duke of Marlborough (1650-1722), the great British general:

Be that as it may, Charles Carrington, himself a soldier who served in the trenches in France for the whole of the 1914-18 War, observes on page 106:

Search English literature and you will find no treatment of the English soldier on any adequate scale between Shakespeare and Kipling.

This sentiment is echoed by Marghanita Laski (page 34) who likens Kipling’s “Three Musketeers” (Plain Tales from the Hills) to Shakespeare’s Nym, Bardolph and Pistol as the best-known soldiers in literature.
Harry Ricketts, page 260 writes:

What really mattered to Kipling in the winter of 1899-1900 was the Boer War. As soon as it was declared on 11 October he threw himself into the British cause, including getting involved locally with rifle-training and the setting up of a Volunteer Corps. He also, on the 16th, began a four-stanza poem hat took just under a week to complete.

This was “The Absent-Minded Beggar”, which, Ricketts continues:

Kipling Senior called, ‘A rhymed invitation to subscribe to a Soldiers’ wives and children’s fund, run under the popular auspices of the Daily Mail‘. Arthur Sullivan produced the tune.

The verses were not received with universal approval. Lord Birkenhead (page 205), refers to the poem’s ‘singular vulgarity’. He goes on to note that:

Lord Newton in his autobiography gives us an interesting glimpse
of Kipling’s touchiness in connection with this poem. In the course
of a debate on a military Bill, Newton had spoken disparagingly of
Kipling’s verse, which he described as being admirable in sentiment,
but deplorable in poetry, with its `Duke’s son, cook’s son, son of a
belted Earl’. He was surprised to receive a few days later a letter from
Kipling complaining that his friends deplored the attack and, far from
being ashamed of the poem, he (Kipling) felt very proud to think it
had helped to raise over £250,000 for soldiers in South Africa.

It may, of course, be that Newton, equally open to the charge of touchiness, was expressing the distaste felt in the hallowed chamber of the House of Lords at Kipling’s bracketing of a cook’s son with the sons of Dukes and Earls. Gilmour (page 143) also notes Newton’s view, but takes a more robust line himself, observing that Kipling:

…had not been attempting to write another anthem of spiritual uplift. In form, sentiment and language, he was deliberately returning to the barrack room ballads for the purposes of charity and propaganda. In language that everyone could understand, he managed to convey not just the plight of Tommy Atkins but also the condition of those he left behind … the humanity of the poem and its simple message had an astonishing impact: accompanied by a drawing of the wounded but undaunted Tommy, the verses soon cluttered tables and mantelpieces throughout Britain, stamped on mugs, ashtrays, tomacco-jar, plates, biscuit tins and other souvenirs. The sale of such items – and the poets waiving of copyright – enabled a fund of for soldiers’ families to raise the immense sum of £300,000.

In part this was modesty arising from his sense of his calling. But it may have been a certain sense of conscience too, arising from his misuse of his genius in the interests of rhetoric. He justifies himself in the case of “The Absent-Minded Beggar” by pointing out that all the funds earned by it’s performance…. Went to the soldiers in South Africa – and indeed it earned a great deal for this cause.

[This Editor suspects, however, that such criticism is at least in part inspired by jealousy, the inability of the commentators to write such compelling lines.]

A seminar on the poem was held at the University of Bristol in June 2010. Four of the papers presented were published in KJ 341 of April 2011:

Earlier back-numbers of the Kipling Journal also contain much of interest: