[Title]
Charles Carrington (page 303) describes this poem as: ‘a barrack-room euphemism’, ‘beggar’ being a common euphemism for ‘bugger’. ‘Bugger’ literally means ‘sodomite’, but it was and is a common barrack-room obscenity, not meant literally, and often – between soldiers – with the suggestion of comradely sympathy..

Carrington calls the piece: ‘the most robust, full-bodied verses he ever wrote’. Observing that Kipling was, for many years, reluctant to collect them, Carrington continues:

Their pace and force justify their survival. It may be noted that they sound no aggressive or imperialistic note, contain no swagger or defiance, but appeal to those who stayed at home to do something better than ‘killing Kruger with your mouth.’

“Rule Britannia”, a patriotic song with words by by James Thomson, originating from the poem of the same name, set to music in a rousing tune by Thomas Arne in 1740. The song was originally included in “Alfred”, a masque about Alfred the Great by Thomson and David Mallet. King Alfred (849-901), was seen as a hero-king and father of the British Navy. His victories over the Danes and other invaders were the stuff of legend.

“God Save the Queen” (or “God Save the King”) is the national anthem of the United Kingdom and a number of Commonwealth countries; the origin of the tune is uncertain, See The Oxford Companion to Music. 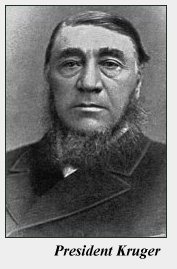 Kruger Stephanus Johannes Paulus Kruger (1825-1904) was President of the Transvaal from 1883 to 1900. A deeply religious man, and a forceful leader, he was affectionately known among the Boers as “Oom Paul” (Uncle Paul).

a shilling a silver coin worth twelve old pence. There were twenty shillings to the £ sterling in pre-decimal currency. Its purchasing-power in 2009 would be about £3·75.

tambourine a small drum with one head and cymbals in slots at the side, played with the hand, used by the Salvation Army among others as a musical instrument and for collecting contributions for their chaitable work.

khaki the drab greenish-brownish uniform adopted by Sir Harry Lumsden’s corps of Guides on the North-West Frontier of India in 1846 as an alternative to the too conspicuous red tunics. The British Army adopted it in 1897 for active service, and it was used in the Second Boer War of 1899-1902. Hobson-Jobson (page 478) has: KHAKEE (vulgarly KHAKI) from the Hindi for “dusty” adopted by some regiments in 1857.

wiping something off a slate paying a debt – from the custom of running up a bill that was written on a slate behind the bar. Slate is a hard stone, used for roofing, but also in schools a hundred years ago for children to write on instead of paper. The slate could be wiped clean and reused.

left a lot of little things behind him an echo of “The Girl I left behind me”, a folk tune believed to date from 1650 in Americ, first published in Dublin in 1791. The melody was printed about 1810 in Hime’s “Pocket Book for the German Flute or Violin” (Dublin, n. d.), vol. 3, p. 67, under the title “The Girl I left Behind Me”. It has several variations, here is one of them:

All the dames of France are fond and free
And Flemish lips are really willing
Very soft the maids of Italy
And Spanish eyes are so thrilling
Still, although I bask beneath their smile,
Their charms will fail to bind me
And my heart falls back to Erin’s isle
To the girl I left behind me.

horse and foot cavalry and infantry 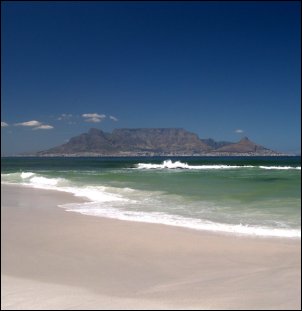 Table Bay the harbour of Cape Town. on the Atlantic Ocean at the southern tip of Africa

The liner Dunottar Castle was requisitioned as a troop ship in November 1899 and carried General Redvers Buller and 1,500 troops from Southampton to Cape Town, the passage taking some eighteen days .She made frequent trips during the war.

pass the hat taking a hat round the audience to collect money – see “Toby Dog” Thy Servant a Dog, and Other Dog Stories page 76 line 13.

girls he married secret generally speaking, the private soldier was obliged to seek permission from his commanding officer to marry “on the strength”, the answer depended on the availability of accommodation and other matters.

Other ranks (non-officers) needed permission from their commanding officers to marry, and only a certain number were allowed to do so, depending on branch of the service (more cavalrymen than infantrymen) rank, (more non-commissioned officers than privates) and, at different times, other factors, such as possession of good-conduct badges and savings in the army or post office savings bank. Commanding officers did all in their power to discouage marriage by other ranks.

There are different accounts as to the origin of this name, but Tommy seems to have been born sometime in the early nineteenth century in the 23rd Foot (Royal Welch Fusiliers) though some say it was the 33rd Foot (1st West Riding Regiment), the Duke of Wellington’s old regiment, and that the Duke himself provided the name of an old soldier he had known in the regiment .

sticks in this context, furniture

up the spout to raise money by borrowing against items deposited with the pawnbroker – the borrower pays interest on the loan and forfeits the goods if he defaults.

Mews in this context, buildings with stables, carriage-houses and accommodation for coachmen, grooms and their families, usually in a narrow road at the rear of large houses in towns.

workhouse an institution where people who were unable to support themselves could go to live and work. provided by the Poor Law system dating back to the seventeenth century, The occupants of workhouses were not very well treated, and it was seen as a disgrace to be obliged to live there.

Some of these buildings still exist and have been converted for various uses, including National Health Service hospitals.