The edited text largely corresponds with that first published in the Pioneer of 14 January 1890. .

He started from Mammoth Springs on 5 July heading south through the Park, going via the Norris area and ending the day in the Madison Area after a 40 mile buggy ride. The party spent the night here. No.XXXI describes the continuation to the Old Faithful area, where the party spent another night in the Upper Geyser Basin, before continuing their journey via the Lake area, Yellowstone Canyon, Tower Falls, and finally back to Mammoth Springs on 9th July, having completed a circuit of the wonders of Yellowstone.

[Title] Mazanderan or Mazandaran. This province of Iran lies to the north of Tehran, and borders the southern coast of the Caspian Sea.

[Epigraph, Page 78] That desolate land and lone … an extract from the first stanza of “The Revenge of Rain-in-the-Face” by Henry Wadsworth Longfellow (1807-1882). It commemorates the Battle of Little Bighorn, in eastern Montana, in which the United States Cavalry were resoundingly defeated by Native American forces from the Lakota, Cheyenne and Arapaho peoples. 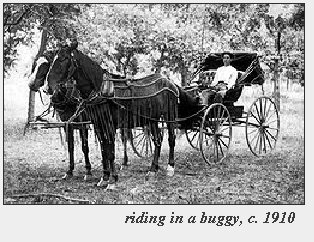 [Page 78, line 6] buggy a horse-drawn conveyance, or open carriage. With three passengers this would have been a four-wheeled version.

[Page 78, line 13] earthquake in New Zealand although he had not visited New Zealand at that time, as an avid newspaper reader, Kipling would have noted the details of the 1882 earthquake there. [D.H.S.]

[Page 79, line 16] Myanoshita is one of seven hot spring towns in Hakone in Japan, south of Yokohama. Kipling and the Hills had visited this site during their tour through Japan in early May. It is described in Nos.
XVII and
XVIII in this series.

[Page 81, lines 9 & 10] a Fusilier regiment not unknown to you This suggests the 5th Northumberland Fusiliers with whom Kipling was very familiar in India. [D.H.S.]

[Page 81, line 22] Bronchos should be ‘broncos’. These are untrained horses, frequently obtained from the wild at this time. Mustangs were free-roaming wild horses. 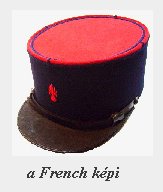 [Page 82, lines 19 & 20] American officers dressed by the French army ”in conformance with” [D.H.S.]. Headgear was a derivation of the French Kepi.

[Page 83, line 15] up a mountain this is thought to be Mt Morris, due south of Mammoth Hot Springs.

[Page 83, line 16] Cook City or Cooke City is just outside the north-eastern entranced to the Park, on the edge of the Bear Tooth Mountains. The city is almost exactly 60 miles east-north-east of Mt Morris, as stated in line 15.

[Page 83, lines 22 & 23] rock-dog . . . prairie-dog These are not, in fact, synonymous. The ‘rock-dog’ must be the yellow-bellied marmot or ‘rock chuck’, (a ground squirrel in the marmot family) which digs burrows under rocks. The ‘prairie dog’, although also in the marmot family, has its habitat in the prairie. [D.H.S./D.P.] See Wikipedia for the Marmot and
the Prairie Dog.

[Page 86, line 7] Tophet thought to be a site in or near Jerusalem where in ancient times the Canaanites made sacrifices to Moloch by burning children alive. The name became synonymous with hell. Kipling also refers to it in
Letter II of From Sea to Sea and in “Buddha at Kamakura”, the poem he wrote in 1892 after his second visit to Japan.

[Page 86, line 9] Lethe In Greek mythology, one of the five rivers of Hades, associated with forgetfulness.

[Page 86, line 13] Nirvana the Buddhist and Hindu place of rest and blissful peace for the soul.

[Page 86, line 22] Springfield carbine the 1873 model of this rifle was the first standard-issued breech-loading rifle adopted by the US Army. The infantry version had a long 32.675 inch (83 cm) barrel. The cavalry carbine had one of 22 inches (56 cm).

[Page 86, line 26] The saddle is the M‘Clellan tree The riding saddle is composed of the “tree”, the framework, the parts of which are the pommel, or head, the projection which fits over the withers, and the side-bars which curve round the cantle or hind-bow. In the best saddles this is made of beech split with the grain, with thin canvas glued over. The leather is applied after padding. It should be pigskin. [ORG]

The ‘M‘Clellan tree’ is named after Capt George B McCellan of the US Army who designed it over many years, following his observations for the US made at the time of the Crimean War.

[Page 88, line 1] horned toads not toads at all, but lizards (Phrynosoma).

[Page 88, line 6] mounted infantry the horses are simply for transporting the soldiers, who dismount to fight. Cavalry fight mounted.on their horses.

[Page 90, line 7] Chicago see Kipling’s own comments following his visit to this city in No.XXXV.

[Page 92, line 32] the Captain told stories of border warfare As settlers pushed westward across America in the nineteenth century in search of prosperity and new opportunities, they clashed with the Native American peoples, whose way of life they threatened to destroy. The result was a series of recurrent ‘Indian Wars’, in which the Government forces suffered a number of defeats, but – with modern weapons and larger resources – inevitably prevailed in the end.

Kipling clearly relished the tales told by the officers of the United States Cavalry about fighting on the frontier, and could contribute his own accounts, from soldiers of the Indian Army, of campaigns on the North-West Frontier, and in Burma.

[Page 93, line 12] Black Mountain affair the Black Mountain is a mountain range in the district of Hazara in what was then the North West Frontier Province of India. Kipling is referring to the 1888 punitive expedition mounted by the British against the local tribes.

[Page 93, line 15] Wrap-up-his-Tail this Indian Chief’s defiance of the US Cavalry, to the death, is described in the next chapter, p. 102 lines 20-25. His name should be Wraps-up-his-Tail, a member of the Crow Tribe.

Boh Hla-oo represents the Burmese dacoits, who, when safe opportunity offers, make up in bloodthirstiness what they lack in actual courage. Their methods of warfare are described in “A Conference of the Powers” (Many Inventions), “The Taking of Lungtungpen” (Plain Tales from the Hills), “The Ballad of Boh da Thone” (Barrack-Room Ballads), and “The Grave of the Hundred Head” (Departmental Ditties).

[Page 93, line 32] navvying a slang expression derived from the labourers who worked at digging the canals, known as navigations, in England in the 18th and 19th centuries. In the nineteenth century the railways, with their tunnels and cuttings and embankments, were built by navvies with picks and shovels. ‘Navvying’ was hard unremitting labour, demoralising for men who had signed up for soldiering.