The edited text corresponds to that first published in the Pioneer of 18 March 1890.

Kipling continues his journey from Omaha (Nebraska) across Iowa to Chicago (Illinois) on the south-west shore of Lake Michigan, although there is no mention of the route taken. He arrived in Chicago mid-July 1889.

[Page 151, line 8] Calcutta now Kolkata, in Bengal, India, on the banks of the river Hughli. One of the major cities of India, then and now. See “The City of Dreadful Night” later in this volume, with Kipling’s account of his visit there in January/February 1888 as a special correspondent for the Pioneer. He found it a great city though a filthy one. 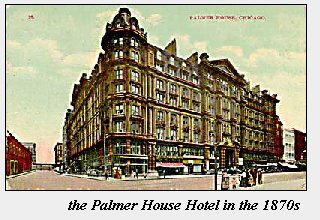 [Page 151, line 15] Palmer House a luxurious grand hotel in downtown Chicago. Built by Potter Palmer after his first hotel was burnt down in the Chicago fire of October 1871.

The Palmer House is still in business, although it was rebuilt in stages in the 1920s.

[Page 153, line 28] famine-relief distributions Kipling had seen much of this in India and was to write a story with famine-relief as a background, “William the Conqueror” in The Day’s Work, first appearing in 1895. 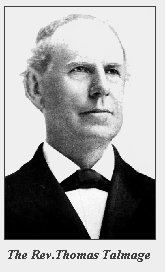 [Page 157, line 14] the great fire started in Chicago on 8 October 1871. It destroyed much of the city, including the first Palmer House Hotel.

As Kipling’s readers in India would have known, after the harvest a Jat would have been much preoccupied with the need to sell his grain, and ill disposed for idle chat.

[Page 158, line 13] Dime Museum the dime museums were an American phenomenon, entry to which cost a dime or 10 cents (10% of a US dollar). They were noted for screen entertainments of various sorts (phantasmagoria and lantern slides) and also for displays of “curiosities”

[Page 159, line 33] Isser Jang not identified on a map, despite the description given by Kipling. Presunably it is too small a village to be marked on the maps available to this Editor. The village is also mentioned by Kipling in “Gemini” in Soldiers Three, and “Miss Youghal’s Sais” in Plain Tales from the Hills.

[Page 160, line 1] Montgomery a district and town in the Punjab about half way between Lahore and Multan, west-south-west from Lahore.

[Page 160, line 1] changar women female labourers. They are mentioned in Kim (p. 87 line 27) and are the workforce without whom many railways and bridges in India would never have been built. 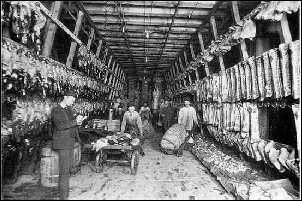 Kipling’s story “A Little More Beef” in Abaft the Funnel is well worth reviewing, together with our notes to that story.