ORG Volume 5, page 2514 records the first appearance of this story (Uncollected No. 212) in St. Nicholas Magazine for January 1893, and collection in the Sussex Edition Volume 30, from which this text is taken, and the Burwash Edition Vol. 23.

It is also to be found in:

It was broadcast on the BBC programme “Jackanory” in 1966. narrated by Anna Massey.

This is an amusing little trifle that might well entertain adults as well as the children for whom it was intended, being a fairy-tale with echoes of “Ali Baba and the Forty Thieves” from The Arabian Nights, with a message indicating that the simplest way of doing something is probably the best. It may well be the echo of a story told to Kipling and his sister in their childhood in circumstances very like those described here. See also “The Debt” (Limits and Renevals).

See Andrew Lycett (p. 253) for the origin of the story, mentioned in a letter from Kipling to Mrs. Dodge concerning a ‘notion’ he had – a story about a princess in a pickle-bottle; and how it got into St. Nicholas.

John Lockwood Kipling (1837-1911) who was christened “John”, adopted his mother’s maiden name in later years (Arthur Ankers, p. 5). At the time of Rudyard’s birth in 1865 he and his recently married wife, the former Alice Macdonald (1837-1910) were living in a bungalow in the compound of the Sir Jamsetjee Jejeebhoy School of Art and Industry in Bombay, where he was teaching. See the notes on “Baa, Baa Black Sheep” (Wee Willie Winkie) for background. Also Chapter 1 of Something of Myself, Andrew Lycett, Chapter 2. and Ankers (p. 43). 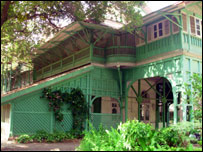 There is a bungalow on the campus of the School with a plaque at the entrance;

Traditionally the home of the Deans of both the Sir J. J. School of Art and Sir J. J. Institute of Applied Art, the building still attracts visitors from all over the world.

There is also a bust of Rudyard Kipling. (right)

Lancelyn Green in his 1965 study Kipling and the Children (p. 25) stated that the bungalow had been ‘demolished’. It may well have been extensivelyy altered and extended since Lockwood’s day. Green also (p. 24) quoted Pestonjee Bomanjee, a Parsee artist at the School, recalling Rudyard as a precocious little boy runnning around the compound.

Rudyard was taken with the name ‘Pestonjee Bomanjee’ and used it for the Paress in his Just So Story “How the Rhinoceros got his Skin” (p. 27 line 4). For other young British children in India see also “Tods’ Amendment” (Plain Tales from the Hills), “Wee Willie Winkie” and “His Majesty the King” (both in Wee Willie Winkie) “The Debt” (Limits and Renewals), “The Son of his Father” (Land and Sea Tales for Scouts and Guides), and Chapter 1 of Something of Myself.

Title ‘Potted’ means squashed down into a pot, here a play upon words.“Potted meat” was a way of using up cooked cold meat in the days before refrigerators were generally available by making it into a piquante paste, which was put in a small pot and covered with melted butter; it would keep for a while to be eaten in a sandwich or on toast.

Punch and Judy Nicknames for Rudyard and his sister Alice (who was always known as ‘Trix’) in their childhood. See “Baa Baa Black Sheep” and “The Man Who Would be King” (p. 242, line 33) both in Wee Willie Winkie.

A ‘Punch and Judy Show’ is a popular traditional English puppet show for children, with origins as early as the sixteeth century. (See “Toby Dog” in Thy Servant a Dog and Other Dog Stories (p. 75 lines 15-20.)

Bombay now known as Mumbai, the great port on the west coast of India, capital of the Indian state of Maharashtra, mentioned in many of Kipling’s writings. See “The Song of the Cities”, “To the City of Bombay”. 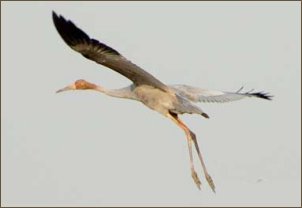 crane in this context a long-legged, long-necked bird with a large beak – family Gruidae.

Buggle baita nuddee kanara… ORG Volume 8, page 5342 records this as Verse number 561, calling it “Humpty-Dumpty in the Far East” and notes its collection in a limited edition in the United States in 1925, and later in the Sussex and Burwash Editions.

[‘Humpty Dumpty’ is a character in an old English nursery rhyme, who sat on a wall, had a great fall, and could not be put together again.]

Hindustani Sharad Keskar writes: Hindustani, alongside Indian English, is India’s lingua franca, and the language of Bollywood. It combines simple Hindi with common Urdu. Urdu itself is the language of the camp and cantonment bazaar, and widely used by soldiers. As such much of Kipling usage is Hindustani. I can’t be certain whether the song is a genuine nursery rhyme. It reminds me of the sort of jingles my ayah sang to me years ago, and therefore I don’t believe Kipling made it up. [S.K.]

The young Rudyard and his sister had to be reminded to speak English when they were taken to see their parents. See Chapter 1, Something of Myself. 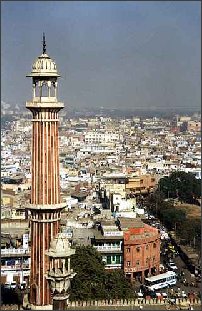 Delhi The ancient capital city of India until 1857, when the British made Calcutta their administrative headquarters in India. After 1911 Delhi once again became the capital, which it is today.

When the stars are in one position when a child is born it means well The Zodiac consists of the twelve great star groupings that lie along the path of the sun and planets across the sky (the ecliptic), and which the ancients, and indeed people in mediaeval times, thought to influence the lives of men on earth. ‘Astrology’ is the study of this process. When naming stars modern astronomers still use the ancient names for the constellations.

The Hindu version, closely similar to the Graeco-Roman, recognizes the twelve signs as the Ram, the Bull, the Pair (Kipling’s Twins), the Crab, the Lion, the Girl, the Balance, the Scorpion, the Bow (Kipling’s Archer), the Sea-monster (Greco-Roman Goat), the Pitcher (Kipling’s Waterman), and the Fish. Kipling counts the twins as two children and leaves out the Sea-monster (Capricorn). The Waterman (Aquarius) and the Balance (Libra) are mentioned in the first paragraph but do not figure in the story.
a chart of the position of the planets at the birth of a child.

See “A Doctor of Medicine” in Rewards and Fairies, “The Children of the Zodiac” (Many Inventions), “Unprofessional” and the verse “An Astrologer’s Song”.

A great star with a fiery tail a comet – a mixture of ice and dust with a burning tail of ignited gas several million miles long. Kim’s horoscope is explained on page 56 in Chapter 2.

Halley’s Comet, known since pre-Biblical times, reappearing every 75/76 yesrs or so, is probably the most famous; it is due again in 2061. But the writer Mark Twain (Samuel Clemens) who Kipling admired and met on various occasions, was born and died in the Halley’s Comet years of 1835 and 1910; so this cannot have been the comet seen at the birth of the child in this story.

Nasik (the spelling varies) a hill-station about 116 miles (187 km.) from Bombay visited by the Kipling family during the hot weather. (Charles Carrington, p. 13). It is also an important place of pilgrimage for Hindus. (Andrew Lycett, p. 31).

Kipling remembered the place in a letter to Dunsterville (the original of ‘Stalky’) who was there in 1886 and sent him a Limerick:

There was a young lady of Nassik
Whose attire was graceful and classic
For all that she wore
Both behind and before
Was a wreath of the roses of Nassik.

Subadars the equivalent of Regimental Sergeant Majors in the Indian Army.

Wazirs tribesmen from the North-West Frontier.

little devils that live on the sand perhaps goanna lizards also known as bayawak or monitors, genus Varanus; they come in all sizes but can be as small as twelve centimeters.

Djinns supernatural creatures with free will in Arabian folklore. (also jinn) from the Arabic.They can be either good or evil and several appear in Kipling’s prose and verse. See “The Butterfly that Stamped” in the Just So Stories.

eau-de-cologne a perfume produced in Cologne in 1709 by the Italian perfumier Giovanni Maria Farina (1685-1766) It is also a nickname (mispronounced as ‘Ho de Kolone’) for a dandified officer, also known as ‘Collar an’ Cuffs’ in “What It Comes To” (From Sea to Sea, Volume 2.

the son of a potter A princess would only marry so far beneath her in a fairy-story, since in India a potter is considered very low-caste. See “Tiger ! Tiger !” in The Jungle Book p. 96, lines 4/5:

…Mowgli had not the faintest idea of the diffeerence casste makes between man and man. When the potter’s donkey slipped in the clay pit, Mowgli hauled it out by the tail, and helped stack the pots …

This picture of a potter on his donkey is taken from Lockwood Kiplinbg’s Beast and Man in India.

We have not found evidence of Rudyard trying his hand at pottery, but his father , who had been to Art School at Burslem in the Potteries, taught various crafts and modelled the clay tablets which were then photographed for the illustrations in Kim. The pottery taught at Bombay was not universally admired. Andrew Lycett p. 55.