Its first publication was in Schoolboy Lyrics in Lahore in 1881, in an edition of around fifty arranged by his mother the year before Rudyard’s arrival in the city at the age of sixteen, to work as a journalist. It was also published in the United Services College Chronicle No 12 (11 December 1882) under the title “Follicular Tonsilitis”. It is listed in ORG as No 32.

Written while he was in bed with fever, the poem gives a graphic description of the patient’s discomforts.

Kipling had joined the United Services College at Westward Ho! in January 1878 at the age of twelve. Two years later, during the summer holidays of 1880, he became ill, and was nursed by his mother in the house of friends in London
Andrew Rutherford (Ed.) (p. 52) notes that in a letter of August 23rd 1880. Alice Kipling wrote to Edith Plowden from 26 Warwick Gardens, Kensington:

…I have Ruddy laid up since Friday last. He has been very ill with Quinsy but the fever has gone down at length, and I hope to have him down stairs tomorrow. He has been patient and cheerful—even amusing, and on Saturday after reading Swinburne, wrote the following verses descriptive of his condition … are they not comic ? 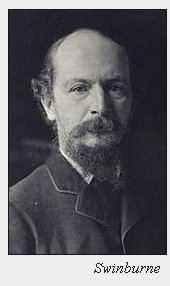 For Kipling’s debt to the poet Swinburne (1837-1909), see the final chapter of Kipling’s Myths of Love and Death by Norah Crook.

Kipling’s doctor and his mother were following the accepted treatment of the time for acute tonsillitis. In The Dictionary of Medical and Surgical Knowledge of 1869 the advice given was:

The treatment in the first stage of the disease must be of the antiphlogistic character, acting on the bowels by means of aperient medicine, such as one or two antibilious pills and a dose of Epsom salts, the warm bath, and, if necessary, an emetic; abstaining from all stimulating drinks or animal foods, applying harts-horn and oil to the throat on a piece of flannel, and covering the whole with a hot bran poultice, so as to encircle the throat, and by inhaling the steam of warm water, or sage tea. Sometimes leeches and blisters are required….This is a disease very liable to return….In such cases blisters are often necessary, or the application of iodine or camphor, and mercurial ointment, to induce absorption.

See Dr Sheehan’s comprehensive article “Kipling and Medicine”. Kipling was fascinated by the world of medicine throughout his life, was friendly with many doctors, and wrote a number of tales about healing. For a very brief time he considered becoming a doctor.

He longs, but he shall not eat He wants to eat but is forbidden to on doctor’s orders. Philip Holberton recalls that his mother had a saying, prescribing the right treatment: ‘Feed a cold and starve a fever’.

emetic a medical preparation to cause vomiting

His form in the flannel is bound The feverish patient is wrapped in flannel to make him sweat, hoping to “break” the fever and bring his temperature down. [P.H.]

gargles washing the throat and mouth by taking a mouthful of medicine and breathing out through it, producing a ‘rumbling’ noise. The liquid is then ejected from the mouth.

powders medical preparations in the form of powders to be taken dissolved or suspended in water and or poured into a spoon and swallowed. They often came very neatly folded in paper packets before the plastic sachet appeared.

And walks as not feeling the ground he is so ill that he is not aware of his surroundings. [P.H.]