The edited text largely corresponds with that first published in the Pioneer of 9 November 1889 although the first part is omitted. 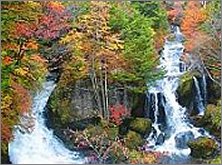 [Page 417, line 6] Nikko The town is at the entrance to the Nikko National Park. Photographs of this very beautiful area can be seen at
this web-site.

[Page 419, line 5] blood-red bridge is the Mi Hashi spanning the Daiya-gawa, a stream about 40 feet wide, which was first put up in 1638. Kipling has invented the story that he tells about the bridge in the subsequent paragraph. [ H.C./G.W.]
See this web-site..

[Page 420, line 8] the red Aravallis are a range of hills in India north-west of Udaipur in Rajputana (Rajasthan). Kipling describes his visit to the area in Letters of Marque. 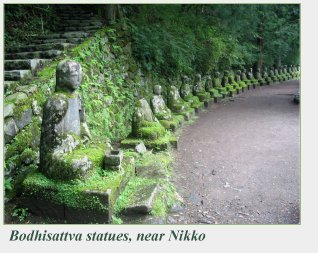 [Page 420, line 22] small Buddhas As Kipling noted, these are not Buddhas but are stone images of Jizo-hosatsu (or Bodhisattva) at Kanman-ga-fuchi near Nikko. [ H.C./G.W.]

[Page 421, line 18] bands two oblong pieces of cloth worn at the neck by a clergyman.

[Page 421, lines 30 & 31] the Strid near Bolton The Strid is a section of the River Wharfe near Bolton Abbey in Yorkshire, where the river is forced into a deep fast-flowing narrow channel. At the narrowest point the Strid is only about seven feet wide.

Kipling had mentioned the Strid in his earlier story “Pig” in Plain Tales from the Hills when writing of a feud between two Anglo-Indians:

… a Dalesman from beyond Skipton will forgive an injury when the Strid lets a man live; but a South Devon man is as soft as a Dartmoor bog.

[Page 423, line 14] godown a warehouse for goods and stores. The word was in constant use in the Chinese ports as well as in India. The word is derived from Malayan gadong. The earliest equivalent example quoted in
Hobson-Jobson
is of “Gudam” in 1513. 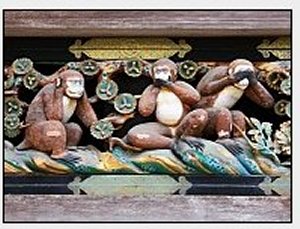 [Page 423, line 24] three apes this Toshugu shrine is the Tokugawa Mausoleum. Photographs of the shrine together with a detail of the three monkeys can be seen at
this web-site. Also the Sleeping Cat mentioned on page 426.