The edited text largely corresponds with that first published in the Pioneer of 30 August 1889.

[Page 337, line 7] Lord Chamberlain a reference to the function of ‘Licenser of Plays’, exercised in England at that time by the head of the Royal Household, the Lord Chamberlain.

[Page 337, line 16] bonding-layer the layer of mortar which holds bricks together.

[Page 338, line 5] auto-da-fé originally an “act of faith”, referring to the public penance of condemned heretics. The phrase has come to refer to the burning at the stake of heretics by the Spanish and Portuguese Inquisition. 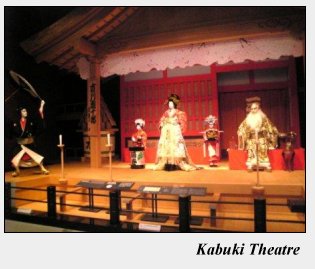 This form of drama has been popular in Japan since the 17th century, and the titles that Kipling gave to the play were not as fanciful as they sound.

‘Kanadehon Chushingura’, the title of a famous play about 47 masterless samurai struggling to avenge their late master, means literally ‘The Alphabetical List of the Treasury of the Loyal Servants’. [HC/GW]

[Page 339, line 1] Henry Irving (1838-1905) was born in Somerset as John Henry Brodribb. He became a famous actor in Shakespearean parts, and in 1895 was knighted by Queen Victoria, the first actor to receive this honour.

[Page 339, line 9] Vincent Crummles a character in Charles Dickens’ Nicholas Nickleby. He was a typical actor-manager of the period with a band of strolling players who ‘hammed’ up their performances. 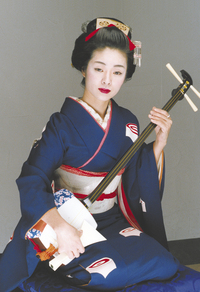 [Page 339, line 14] bamboo with a naked candle at the end this was to ikkuminate the expressions of an actor and was common in the days before modern stage lighting.

[Page 339, line 24] the flies a space above the stage which is (usually) hidden from the audience.

[Page 340, line 23] Prompt side or stage left, i.e. the side of the stage to the left of the actor (or right of the audience). The prompter traditionally sits on this side. 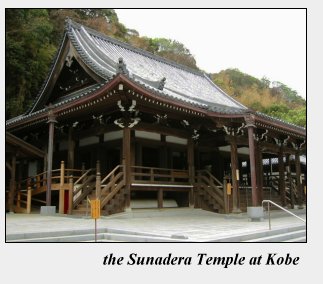 [Page 342, line 3] Shinto The essence of Shinto is the Japanese devotion to invisible spiritual beings and powers called kami, to shrines, and to various rituals.
Shinto is not a way of explaining the world.

What matters are rituals that enable human beings to communicate with kami who are spirits that are concerned with human beings.

(See Shinto on the BBC site.)

[Page 342, lines 18 & 19] Chajju Bhagat’s Chubarra Also referred to in “Hunting the Miracle”, which is collected in The Smith Administration of From Sea to Sea, Volume II, page 382; also in the Heading to “Tod’s Amendment” in Plain Tales from the Hills; and also possibly in the Preface to “Life’s Handicap” (1891) under the name “The Chubara of Dhunni Bhagat”.

In “Hunting the Miracle” we are told that it is situated near the Lahore Veterinary School which is less than a mile south of the wall of the City of Lahore. A Chubara is a sort of summerhouse in a garden.

[Page 343, lines 26 & 27] the Bad People of Iquique Also referred to in> No.III, p. 237 line 19 of this series of reports, the anecdote being attributed to a German orchid-hunter. Iquique is a major seaport in northern Chile. 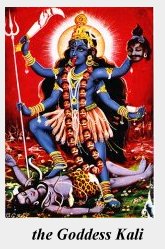 [Page 344, line 21] Krishna . . . Kali . . . These were familiar gods of the Hindu pantheon. Krishna was a reincarnation of the God Vishnu, who with Brahma and Shiva made up the major triad.

Kali was a goddess shown in various forms, frequently as an ogress maltreating her husband Shiva.