Published in Rewards and Fairies (1910) where it follows “Brother Squaretoes”

This is probably the best known and loved poem by Kipling. He commented on the response to it in his autobiography:

Among the verses in Rewards was one set called `If–‘, which escaped from the book, and for a while ran about the world. They were drawn from Jameson’s character, and contained counsels of perfection most easy to give. Once started, the mechanization of the age made them snowball themselves in a way that startled me. Schools, and places where they teach, took them for the suffering Young – which did me no good with the Young when I met them later. (`Why did you write that stuff? I’ve had to write it out twice as an impot.’).They were printed as cards to hang up in offices and bedrooms; illuminated text-wise and anthologized to weariness. Twenty-seven of the Nations of the Earth translated them into their seven-and-twenty tongues, and printed them on every sort of fabric.’ (Something of Myself page 146)

Dr L. S. Jameson (1853-1917), friend and colleague of Cecil Rhodes, led the disastrous Jameson Raid of 1895 against the Boer Republic of the Transvaal, after which he was tried and imprisoned but shortly afterwards released. He was later Prime Minister (1904-8) of the Cape Colony. His friendship with the Kiplings figures in chapter 6 of Something of Myself. 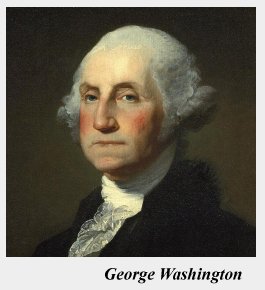 Alastair Wilson adds: clearly one must accept, with all the major biographers, Kipling’s own confirmation that the poem was based on the character of Jameson, whom he knew well over a number of years.

But it is placed in Rewards and Fairies next to “Brother Square-Toes”, in which George Washington holds out against public opinion for the good of America, expressing the idea that responsible leaders must do what is needed without fear or favour. This is a strong thread running through the book: “What else could I have done?”.
The poem may also have some echoes of Theodore Roosevelt, another resolute leader, whom Kipling knew and respected. [A.J.W.]