This story was first published in The Delineator in July 1910, and collected in Rewards and Fairies later the same year.

Down by the sea at Rottingdean, overlooking the English Channel, the children meet Pharaoh Lee, who as a Sussex boy travelled off from here in the late-eighteenth century. Out with his father in the Channel to pick up smuggled barrels from the seabed, he is run down in a fog by a French warship, and saves himself by tumbling aboard. It is 1793, only four years since the outbreak of the French Revolution.

Pharaoh, who speaks French through his French cousins, becomes a cabin-boy, and listens in to all the talk abour revolutionary France among the passengers. On board is a new French Ambassador to the Unted States, Genêt, whose mission is to persuade the Americans to join France against the British. They sail to Philadelphia, where there is great enthusiasm for the French and their Revolution.

Pharaoh becomes an assistant to Tobias Hirte, the famous apothecary, and through him meets the Seneca Indians, runs wild in the woods with the young braves [where his square-toed footprints make him easy to track], and makes friends with their Chiefs.

Patriotic opinion is hot against the British, and Pharaoh accompanies two of the Seneca Chiefs, Red Jacket and Cornplanter, to see the President, George Washington, and find out if America will come into the war.

It is clear that Washington is determined to hold out against the pressure from Genêt to fight, since the cost would be too great for the Americans to bear, however unpopular this might be.

[Page 147, line 10] The Gap At Rottingdean there is a gap in the Downs, where the hills drop down to a few feet above sea level.

[Page 147, line 13] Coastguard cottages The Coastguards were responsible for policing the beaches and cliffs against smugglers and other miscreants.

[Page 148, line 26] Low German either Dutch or one of the non-High German dialects.

[Page 151, line 5] Having their Revolution…and red caps was all the fashion In 1789-93 the French people rose against their rulers, overthrew the monarchy, and established a revolutionary republic, dedicated to ‘Liberty, Equality, and Fraternity’. King Louis XVI was guillotined in January 1793. The red ‘Cap of Liberty’, the classical Phrygian cap, was a symbol of the revolution.

[Page 151, line 19] press-gangs when sailors were needed the Navy sent out gangs of men to seize people in the street and enlist them by force. Naval life was so hard that there were never enough free volunteers.

[Page 153, line 22] Citizen To express their new principle of equality, the revolutionary French addressed each other as ‘citizen’ or ‘citizeness’ rather than the more respectful and traditional ‘Monsieur’, ‘Madame’, ‘Mon Capitaine’, etc. 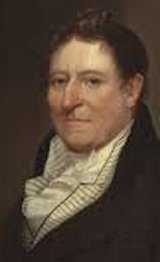 [Page 153, line 32] Genêt Edmond-Charles Genêt – 1763-1834 – (right); appointed chargé d’affaires to the United States in April 1793. Hailed as `Citizen Genêt’ by Americans who favoured the Revolution, he manoeuvred to bring the United States into the war against Britain on France’s side.

From the outbreak of the war, Washington had stood for a policy of American neutrality, and in Aug. 1793 he asked for Genêt’s recall. The latter elected to remain in America, married, and became a farmer.

[Page 154, line 1] a rooks’ parliament rooks are big black untidy birds, like crows, given to crowding together in noisy conclave.

[Page 154, line 22] bleeding at that time it was a common medical practice to ‘bleed’ patients by drawing off their blood. This did not have any positive clinical effects. 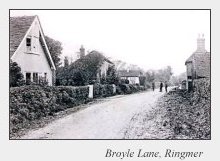 [Page 156, line 13] a long straight street as wide as the Broyle ‘The Broyle’ is a flat plain, several square miles in extent. It lies to the east of Ringmer, near Lewes in East Sussex, and is approached from Broyle Lane. [A.W.]

[Page 156, line 29] scrattel ORG glosses ‘scrattle’ as Sussex dialect for ‘a feeble skinny person’. It may, though, have been coined by Kipling.

[Page 158, line 29] Davy Jones’s locker in sailors’ slang, the deep grave of those who have perished at sea.

[Page 159, line 20] Lebanon a town in Eastern Pennsylvania, in the Lebanon Valley.

[Page 160, line 16] the Moravian Church A Protestant Christian Church which originated in ancient Bohemia and Moravia (now the Czech Republic), following the teachings of John Hus (1369-1415). They were much persecuted in Bohemia and Moravia during the Counter-Reformation andin 1722 were given refuge by Count von Zinzendorf on his estate in Saxony. They settled in Pennsylvania in 1741, at a place they called ‘Bethlehem’. (In Captains Courageous a Moravian preacher called Jacob Boller is called ‘Pennsylvania Pratt’.)

[Page 161, line 33] Bethlehem-Ephrata see Mic. 5, 2: ‘But thou, Bethlehem Ephrata, though thou be little among the thousands of Judah, yet out of thee shall he come forth unto me that is to be ruler in Israel; whose goings forth have been from of old, from everlasting.’
John Wusteman writes: Ephrata still exists in Lancaster County, Pennsylvania. It has the beautiful buildings of the original semi-monastic community, and a history of pacific heroism in the Revolutionary War. It was also the first place in North America where music was printed, and developed its own extraordinary range of printing types, the Fraktur-schriften. [J.W.]

[Page 162, line 5] the Seneca Indians they were the largest and one of the most important members of the original five nations of the Iroquois League.

[Page 168, line 18] a Bosham tinker Bosham is a village near Chichester in Sussex.

[Page 169, line 13] lawful British subjects This was less than twenty years since the American Declaration of Independence (July 4th 1776).

[Page 172, line 21] You taught me to look behind trees a reference to Washington’s service in General Braddock’s disastrous campaign against the French in 1755. Cornplanter had fought on the French side.

[Page 173, line 2] A Shoreham smack Shoreham is a small town on the Sussex coast. A ‘smack’ is a small decked or half-decked coaster or fishing vessel.