A handwritten version sent to Margaret and Philip Burne-Jones, now among the Kipling Papers at the University of Sussex Special Collections. It is signed W.O.P. and subtitled

‘a demi-official communication compiled at the offices of the C.M.G. for the benefit of other Cousins. With marginal notes and official translations.’

The poem describes Kipling’s working day (and being woken at night) with liberal use of vernacular words (even in the rhymes), all carefully translated for his English cousins.

The Indian words are glossed in the margins (see the Notes on the Text below). There are two illustrations, one of which, opposite stanza 2, shows the sun rising, with the couplet:

And the day shall have a sun,
That shall make thee wish it done.

At the end Kipling writes, ‘And he hadn’t time to finish an otherwise perfect epic’; and on the reverse, ‘Shew this to Miss Plowden and she will find out one or two mistakes.’ The poem is undated, but Rutherford suggests that Kipling’s awareness of possible errors in translation suggests an early date, perhaps Christmas 1883.

The explanatory notes in the margin, in an old-fashioned style of English, are reminiscent of the 1817 version, with glosses, of Samuel Taylor Coleridge’s “Rime of the Ancient Mariner.” This may well have been in the Head’s library at USC. See also “My Hat”, written in 1880 when Kipling was still at school.

Thus Rudyard had five cousins. His Aunt Edith Macdonald (1848-1937), the youngest sister, with whom he was close, was unmarried. [See A Circle of Sisters by Judith Flanders, Penguin, 2001.] 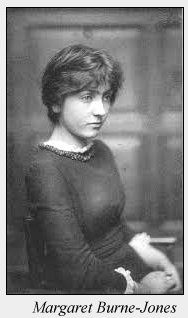 Ruddy and I called each other Wop in our teens, and for long after. Some laughing talk and slip of the tongue produced the word. And then in Dickens’s Letters we found one signed “The Sparkler of Albion”, and so when Ruddy went to India, he became The Wop of Asia and I the Wop of Albion. [ORG p. 5060.]

They had a lively correspondence between 1884 and 1889. [See Pinney, Letters of Rudyard Kipling volume 1]

See also Kipling’s unpublished poem “The Wop of Asia”, inscribed in a copy of Echoes sent to Margaret Burne-Jones.

C.M.G. The Civil and Military Gazette, the newspaper for which Kipling worked as Assistant Editor in Lahore from 1882 to 1887, living with his parents. 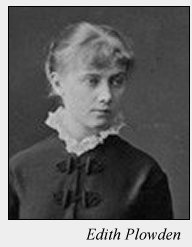 Miss Plowden Edith Plowden (1854-1947) was a close friend of Kipling’s parents in India, to whom Rudyard sent many of his early poems.

She came of an old-established Anglo-Indian family, had been born in Calcutta, and would have been familiar with more than one Indian language.

(the words explained by Kipling are in italics)

Tamil, Urdu and Hindi three languages spoken in India. Tamil in the South, Urdu mainly in the Punjab and neighbouring areas, Hindi in the Northern provinces.

Rook-ud-din Mian Rukn Din, the Muslim foreman on the News side at the C.M.G.

Kia hai what is it ?

Gurebpurwar Jawab Munta ‘Protector of the poor, an answer is wanted’.

Memsahib bemar the Memsahib is ill

increase of population the doctor is being called to a confinement.