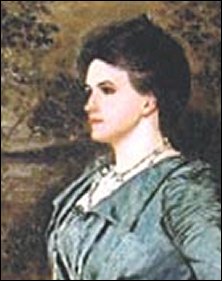 We are grateful to the National Trust and the Birkenhead and Carrington estates for permission to publish these extracts on this site for members of the Kipling Society. The explanatory notes are by Alastair Wilson.

Rudyard Kipling died in January 1936, one of the most celebrated figures in English literature of his age. His wife, Carrie, died in 1939, leaving his daughter Elsie (Mrs George Bambridge) as the sole remaining member of his immediate family. A number of authors were approached by (or, possibly, themselves approached) Mrs. Bambridge with a view to writing an authorised biography of Kipling in the years immediately before, or during, the war. These included Hector Bolitho, a prolific author and biographer) and Captain Taprell Dorling, RN, another well-known author, though not a biographer. Eric Linklater, another prolific writer, had considered the project, but had been unable to come to terms with Mrs. Bambridge. [See the introduction by Robin Birkenhead to his father’s Kipling biography 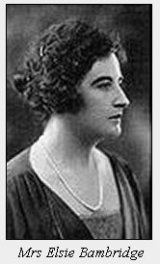 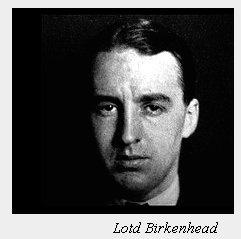 During World War II, Lord Birkenhead met, fortuitously, Captain George Bambridge, and this led him to undertake the writing of the first authorised biography of Kipling. Mrs. Bambridge, though initially helpful and co-operative, retained a very complete control over the content of the book, which was completed in 1948.

The first draft was sent to her, and to Birkenhead’s surprise and consternation, she refused point-blank to permit its publication. The various reasons she gave were not always consistent, and after some negotiation, the book was abandoned – for the time being. It was subsequently published in 1978 after the death of both Mrs. Bambridge and the author.

While researching this biography, Lord Birkenhead was given access to the diaries which Carrie Kipling had kept from January 1892, just before her marriage, to Kipling’s death in 1936. His associate, Douglas Rees, was given permission to make extracts from the diaries. These are now held among the Kipling papers in the Special Collections in the University of Sussex. 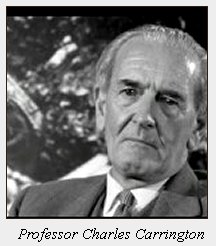 After Lord Birkenhead’s project had been shelved, Professor Charles Carrington undertook the unfulfilled task in the early 1950s, and was, in effect, starting from scratch. He was given access to all Kipling’s papers, then in Mrs. Bambridge’s hands at Wimpole Hall near Cambridge, including the Carrie Kipling diaries. Mrs. Bambridge made the same stipulation as she had to Lord Birkenhead – Carrington was not allowed to make copies of the diaries, but he was permitted to make extracts. These in turn were copied, four copies being made, of which the Kipling Society has two. Subsequently, Mrs. Bambridge destroyed the diaries, so the Extracts made by Rees and Carrington are of great value. Hereafter we will refer to ‘the Rees Extracts’ and ‘the Carrington Extracts’.

Use of the Extracts

On the flysheet of the Carrington Extracts there is a manuscript note which Carrington used as a receipt from the Kipling Society. It will be seen that he stipulated that the Extracts should not be copied other than with the permission of Kipling’s Literary Executors and himself. These consents we have now obtained: from A P Watt at United Agents, who act for the National Trust to whom the rights in Kipling’s works were bequeathed; and from J B W Thomas, Esq., the husband of Professor Carrington’s niece, who is now the copyright holder of Professor Carrington’s work. The National Trust has stipulated that Mrs Kipling’s words must be incapable of being copied and reproduced elsewhere, as readers will find.

When we started to transcribe and annotate these Extracts, we did not have the ‘Rees Extracts’ immediately available, so initially we were transcribing the Carrington Extracts alone. But, when we had reached 1914 (in August 2015), through the good offices of Professor Thomas Pinney, and with the agreement of the literary executors of the late Lord Birkenhead, we found ourselves in the position of being able to reproduce the text of these ‘Rees Extracts’ as well. As a result, we now have a combined chronological text of what remains of Carrie’s diaries. Douglas Rees wrote Summaries for each year, which we have not included with the diary extracts, but appear elsewhere.

In the text, we have interleaved the entries, giving the date of each entry as it appeared in the original ‘Extract’, Carrington in black, with the day preceding the month, Rees in Red, the month coming first and with the Carrington extract for any day always preceding the Rees one. Rees was, so far as we can determine, meticulous about the dates he gave; Carrington sometimes gave merely the month, followed by one or two events, or the names of visitors or callers in that month.

In the text of the Extracts that follows, the bulk of the text is in black, and represents Carrington’s or Rees’s précis of Carries words. It is evident that Rees and Carrington put a different interpretation of the meaning of ‘Extracts’, as specified by Mrs. Bambridge.

Carrington paraphrased such entries as he thought significant, and was careful to indicate where he used Carrie’s own words. We have put such entries in bold blue. There were also, especially in the earlier years occasional interpolations by Kipling himself which are in bold black. Carrington also added explanatory comments: these were either typed, and appear in round brackets ( ), or had been written by hand on the typed copy of the Extracts, and are now also typed and in square brackets [ ].

Rees took a different approach. Although it is nowhere so stated, he appears to have used Carrie’s own words throughout, but only extracted such as he thought were relevant, so we do not have the complete diary, but only those bits which he thought were interesting. We do not know how, or why, he made his selection, and it is unlikely that we ever shall, although this editor understands that there is a collection of Birkenhead papers, now in the possession of Mr. John Townsend, Birkenhead’s son-in-law, which may prove of interest. At all events, we have not made any positive identification in the Rees texts of what are, or are not, Carrie’s own words, but readers may make a working assumption that 95% are Carrie’s.

We have not edited either of the ‘Extracts’, with the result that there is a fair amount of repetition. But we believe it would be wrong to do any such editing, which would leave an incorrect impression of what each compiler actually thought worth-while recording from Carrie’s diaries. Additionally, where the repetition is in identical words, it suggests that the words may have been Carrie’s actual text, even if not so identified by Carrington.

The indented text in italics is our explanation, interpretation, or amplification of the entries: since half are now more than a century old, many of the names and events may be unfamiliar to modern readers.

Individual articles, tales and poems by Kipling appear between inverted commas, in the same font as the text surrounding their title, eg, ‘An Error in the Fourth Dimension’. The titles of books and collections appear as they were published, in a different font from the surrounding text, eg, The Day’s Work.

For the American years, 1892-96, the Memoir from Mary Cabot, a close friend of the Kiplings, are invaluable for putting flesh on the bones of the Extracts. We have cited a reference where we think it is particularly appropriate, but have not quoted to any great extent. Later on, Kipling’s own correspondence, in the six volumes edited and annotated by Professor Pinney provides substantial amplification of laconic diary entries, and we have cited them quite frequently.

We have noted, from time to time, that the ‘Extracts’ as reproduced here are slightly at variance with what other biographers have written – and that includes Carrington himself, who compiled these extracts. As an example, the ‘Extracts’ for 1897 record Kipling lunching with J M Barrie (later the author of Peter Pan) on 26 May. Later, in October that year, Carrington records (p. 269) that: “‘Uncle Ned’ [Burne-Jones] came down to ‘North End House’ . . . . bringing with him ‘Crom’ Price and a friend J M Barrie with whom Rudyard went for mighty walks across the Downs.” As written, the clear implication, to this editor at least, is that Kipling and Barrie had not previously met, which we (and Carrington) know is not so. We make this observation, not because it is significant (it is not), but merely to remind sharp-eyed readers with retentive memories that ‘Homer sometimes nods’.