Published in the Pioneer on June 1st 1888, with the signature ‘R.K.‘. It was reprinted in the Pioneer Mail on June 3rd. It is uncollected, but included in Kipling’s Scrapbook 4 of his own press cuttings in the Kipling Papers at the University of Sussex Special Collections. There is a marked proof of this poem in the Library of Congress. It is to be found in Rutherford (p. 404) and Pinney (p. 1885).

Kipling recalls that Sir William Hunter was a greatly respected and experienced figure in India, whose views, eloquently expressed, carried much weight, though they were not always consistent. However, he questions, in thirteen rather flowery and impudent stanzas, whether it is right for Sir William in his retirement to seek fame by writing for the London press, with its cheap values and desire for sensation. In pandering to the views of educated Indians, who are seeking a greater share in the governance of India, he is unworthily deceiving the gullible British public. He should write a novel instead, suggests the young poet.

William Wilson Hunter (1840-1900) had just retired at the age of 47 after a distinguished career in India. He entered the Civil Service in 1862, before Kipling was born. In 1869 he was selected to organize a statistical survey of India, a task which occupied the next twelve years of his life. The result of his labours was the Imperial Gazetteer of India, one of the largest and most influential exercises in imperial information–gathering undertaken in the nineteenth century.

The first edition appeared in 1881, and a second edition of fourteen volumes, incorporating the latest statistics and the results of the 1881 census, was published in 1885–7.

He became a member of the Executive Council in 1881. Kipling had already lampooned him for his actions on the Commission on Finance: see “The Quid Pro Quo”, and “Parturiunt Montes” . In the latter, which is in the form of the libretto of a comic opera, “Hon’ble W.H.” has a solo part.

In retirement, Hunter wrote a series of articles for The Times which roused Kipling’s ire because of their sympathetic treatment of the Indian National Congress. He wrote to Mrs. Edmonia Hill on 27 May 1888:

Hunter my own W.W. has risen in the West and wishes to be taken au grand serieux [very seriously indeed]. Tisn’t good for Hunter to be so taken and I am preparing a little bandillero [a banderilla – a barbed dart used in bullfighting to anger the bull] for him which will appear in the Pi and will hurt him a few. He’ll know my skin on a bush, as the Irish say, for in the old days he was good to me and showed me one or two tricks of the pen, and once he struck at me and got me very neatly. I like, I admire Hunter immensely but … not as a statesman.

Charles Allen (p. 259) describes the poem as an extraordinarily mean-spirited attack, and points out that at the time Hunter had gone out of his way to talk to the editor of a London magazine about publishing some of Ruddy’s poems. Rutherford (p. 404) notes that this approach was made at Kipling’s mother’s request, so he may not have known about it.

Hunter replied in what Allen describes as a “restrained rebuke”:

I have also received your little pasquinade in the Pioneer sent to my address. It is, I think, to be regretted that you devote to clever trifles of this sort talents which are capable of much better things. They practically fix your standard at that of the gymkhana and the mess-room and give point to the Philistines’ sneer, “See how these literary men love one another!” As regards myself, I know what my work in life is, and I turn neither to the left nor right for praise or blame.
(F.H.Skrine, The Life of Sir William Wilson Hunter, London, 1901, pp. 374-5.)

In spite of this clash, Hunter was magnanimous enough to write a favourable review of the third edition of Departmental Ditties in The Academy for September 1st 1888. He wrote:

There are many stanzas and not a few poems in this little volume which go straight to the heart of all who have suffered, or are now suffering, the long pain of tropical exile. For besides the silly little world which disports itself throughout most of the ditties, there is another Anglo-Indian world which for high aims, and a certain steadfastness in effort, has never had an equal in history.

Some day a writer will arise—perhaps this young poet is the destined man—who will make that nobler Anglo–Indian world known as it really is. His serious poems seem to me the ones most full of promise. Taken as a whole, his book gives hope of a new literary star of no mean magnitude rising in the east.

Sir Bors a Knight of the Round Table who had visions of the Holy Grail. Probably cited here as a type of visionary.

burgeois bourgeois, a size of type for printing. 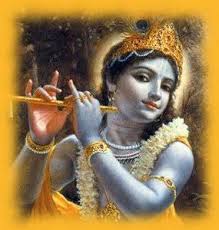 Krishna One of the best-loved Hindu deities, often represented as playing a flute.

pard-like spirit a quotation from Shelley’s poem “Adonais”. A pard was a legendary leopard-like creature.

Proteus in Greek mythology, a minor god of the sea, with the gift of foretelling the future but also the power of changing his shape at will.

Peterhoff the Viceroy’s residence at Simla.

Cassandra in Homer’s Iliad a Trojan Princess with the gift of prophesy, but fated never to be believed.

Viceroy’s sympathy When Income Tax was introduced in 1886, Hunter made a speech in the Legislative Council reminding those affected of “His Lordship’s words of sympathy”. See “The Quid Pro Quo.”

roti-oti roti is bread, so this simply means ‘bread and so on’.

Kulu mountains north of Simla in the foothills of the Himalayas.

the red Arab C–in–C Sir Frederick Roberts, the Commander–in–Chief. ‘The proudest moment of my young life was when I rode up Simla Mall beside him on his usual explosive red Arab’. (Something of Myself p. 57)

It smashed my cutlass once. Kipling must have had an exchange with Hunter, in which Hunter got the better of him. See the comment above in his letter to Edmonia Hill: ‘once he struck at me and got me very neatly’.

A list of stories and advertisements in a typical London paper. Why, he asks, would Hunter wish to join such company?

one King with cancer This was Emperor Frederick III of Germany, who died a fortnight later. His illness was the subject of almost daily bulletins. 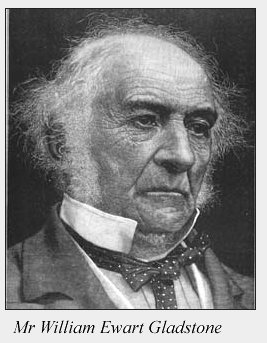 Naldire’s tablets a patent medicine for dealing with worms and fleas.

Pepsine a digestive enzyme, in this case derived from pigs, used medicinally.

Nervine another patent medicine, supposed to sooth the nerves. 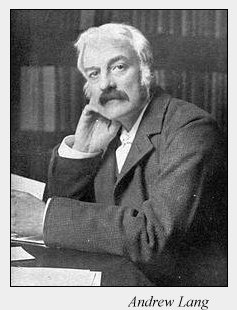 The S—le and the S—ge the Savile and Savage Clubs in London, frequented by literary men.

buggalow a traditional sailing boat, used on the Arabian Sea.

Prome a city in Lower Burma.

Cutch an area on the coast of India some 900 km north of Mumbai.

Ayr-Iavata a pun on ‘Ayr’ – Hunter’s grandfather had been an Ayrshire schoolmaster – and ‘Aryavarta’, the land of the Aryans, i.e. North India.

Sinai the mountain where Moses received the Ten Commandments from God in the Old Testament, Exodus 20, 1-17.

Doctor doctissime O most learned doctor (Latin). The Pioneer and Pioneer Mail printed the nominative form Doctissimus instead of the vocative, much to Kipling’s chagrin when he saw the mistake. He corrected it in the Scrapbook version.

Kipling did not enjoy Latin at school but came to value it (the Odes of Horace in particular) in later years (see Something of Myself p. 33). He had recently written a whole poem, “Quantities of ‘Em” on the issue of false quantities in the prologue to a play in Simla.

your novel Hunter did publish a work of fiction, The Old Missionary (1890), with considerable success. He was an accomplished writer.