First published in A Diversity of Creatures in April 1917, linked to the story “Regulus”. Listed in ORG as no. 1048.

The poet takes his cue from a debate in a school Latin class, studying a Horace Ode which raises deep moral issues. From the science lab next door, a chemical stink had wafted through the window. Some, he reflects, study science, creating smells, some medicine to explore the diseases of our bodies. Others are interested in machines and wheels. But he is off to Brundusium on the way to Greece. His inspiration is the great lyric poet Pindar. He takes no more heed of these practical matters than of the logs brought in by a slave as he sits and ponders by the fire. 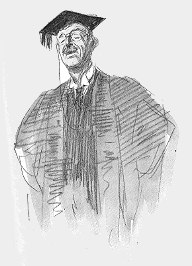 In the linked story “Regulus” in A Diversity of Creatures, Beetle’s classics master at United Services College, ‘King’, takes the Fifth Form through an ode by Horace (Book III, v) about the Roman general Regulus. Taken prisoner by the Carthaginians, he is sent to Rome as a hostage to plead their cause, but advises the Roman Republic against making peace. As he knows, this will mean a painful death when he returns to captivity.

King, an inspired teacher with an acid tongue, gives an impassioned rendering of the ode and the eternal issues it raises – in contrast to the stilted translations of the boys – and the moral of Horace’s lines gets through to the class, as we find later in the tale. The science lesson next door has nothing to offer but the smell of chlorine gas.
Jan Montefiore, concluding a discussion of “Regulus”, comments:

King doesn’t quite have the last word, for his cherished classical values are playfully undermined in the poem which follows …. it dismisses biology (the cultivation of ‘broths impure’), chemistry (‘whose study is of smells’) and physics (‘the heated wheel’). The incurious poet notices as little whether he travels by the power ‘of wheels or wings’ (i.e. by literal or mythological machinery) as he does the slave bringing ‘logs for my fire’.

Such Olympian smugness comes oddly from the man who had written “The Sons of Martha” in praise of the engineers who enabled intellectuals to travel ‘pleasantly sleeping and unaware’, and whose later story “The Eye of Allah” would sympathetically portray the intellectual excitement of medieval scientists viewing bacteria through a forbidden microscope. A second look at that studied Horatian elegance may read it as a parody of the kind of gentlemanly leisure which prides itself on ignoring petty practicalities, but would notice soon enough if the slave let the fire go out. (p.123) 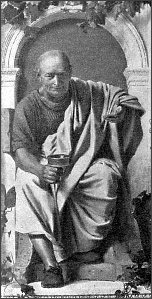 The Roman poet ‘Horace’ (Quintus Horatius Flaccus, 65-8 B.C.E.) published three books of Odes in 23 B.C.E. There was later a Fourth book, but no Fifth Book of Odes has been recorded.

Kipling encountered him as a schoolboy, and wrote in Something of Myself (p.33) that C—-, his classics master (‘King’ in Stalky & Co.):

…taught me to loath Horace for two years, to forget him for twenty, and then to love him for the rest of my days and through many sleepless nights.

He wrote “Donec Gratus Eram” as a schoolboy, and a series of other ‘echoes’ of Horace in later life. He carried a copy of Horace’s four books of Odes around with him, in which he wrote original epigrams of his own.From 1917 he began to experiment with his own versions of Horace. See Thomas Pinney (Ed.) Letters IV pp. 439-40. In 1920, he and a group of friends published Q. Horatii Flacci Carminum Liber Quintus (Horace, Book V) a collection of parodies in English and Latin, which included “A Translation”. “Lollius” was specially written for the book, which also included “The Pro-Consuls”. See also three later poems linked to stories in Debits and Credits (1926);
“The Portent”, “The Survival” and “The Last Ode.”.

For further background see Susan Treggiari’s essay “Kipling and the Classical World”. For a summary of useful sources, see “Kipling and Horace”, written by David Page for The Kipling Journal in June 2003. See also the excellent chapter ‘Horace’s Kipling’ in Horace Made new: Horation Influences on British Writing from the Renaissance to the Twentieth Century by Charles Martindale, Cambridge University Press 1993. 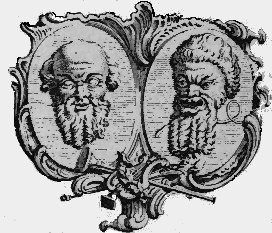 There are whose study is of smells In Kipling’s day, Latin and Greek were seen as the bedrock of a sound education. The elite Indian Civil Service was full of classicists from Oxford and Cambridge, and Science was not greatly valued by many educators. When this Editor was at school in the 1950s Science was commonly referred to as ‘Stinks’.

broths impure Bacteria. Kipling knew and respected many doctors. and had even once considered studying medicine, but only briefly. He wrote a number of stories about medical matters, including “Unprofessional”. and “The Tender Acnilles”, both to be found in his last collection, Limits and Renewals (1932).

the heated wheel Engineering, particularly in relation to cars. Kipling was a keen early motorist, but only as a passenger, though he wrote a number of stories about the behaviour and misbehaviour of motor-cars: “Steam Tactics” (1905), “The Vortex” (1917), The Muse among the Motors (1904-1929), and “Aunt Ellen” (1932),

He had, of course, been highly interested in engineers and engineering in earlier years, witness “The Bridge-Builders” (1893).

Brundusium Kipling is probably referring here to Brindisium, modern day Brindisi, at the southern end of the Appian Way. It was the chief port of embarkation for Greece and the East. The poet Virgil died there in 19 BC.

Pindar Pindaros (Πινδαροσ) (c.522-443 BCE) was a Greek lyric poet from Thebes, much admired in ancient Rome, and regarded by Horace as inimitable. He wrote:

Creatures of a day! What is anyone?
What is anyone not? A dream of a shadow
Is our mortal being. But when there comes to men
A gleam of splendour given of heaven,
Then rests on them a light of glory
And blessed are their days. [Pythian 8]