One of the later group of soldier poems written in Vermont, some seven years after Kipling had left India. A bystander, himself a soldier, describes the scene as an unpopular and dishonest sergeant is married to a former prostitute, with all the pomp and ceremony, carriages and flowers and sacred music, that is expected at a wedding. Each is unaware of the other’s background.

Like many of the Barrack-Room Ballads the poem is written in a Cockney dialect, which gives it a seemingly jaunty air, like a music-hall song, but it is unremittingly bleak. Almost every line is charged with hatred and contempt.

George Orwell, in his critical essay on Kipling, first published in 1942, comments that this use of an invented dialect diminishes the poetic effectiveness of Kipling’s verse, and expresses his class prejudice against the common soldier:

If one examines his best and most representative work, his soldier poems, especially Barrack Room Ballads, one notices that what, more than anything else, spoils them, is an underlying air of patronage. Kipling idealises the army officer, especially the junior officer, and that to an idiotic extent, but the private soldier, though lovable and romantic, has to be a comic.

He is always made to speak in a kind of stylised Cockney, not very broad, but with all the aitches and final “g’s” carefully omitted. Very often the result is as embarrassing as the humorous recitation at a church social. And this accounts for the curious fact that one can often improve Kipling’s poems, make them less facetious and less blatant, by simply going through them and transplanting them from Cockney into standard speech.

[A ‘social’ was a ‘social evening’ where there would be amateur performances of songs, recitations and comic turns, often of excruciating banality: Ed.]

Orwell goes on to quote the refrain of this poem, translated into standard English, to make his point:

Cheer for the Sergeant’s wedding,
Give them one cheer more!
Grey gun-horses in the lando,
And a rogue is married to a whore!

Charles Carrington (p. 212) Kipling’s first authorised biographer, who had fought through the Great War as an officer on the Western Front, takes a different view of the soldier poems written in Vermont 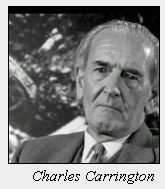 No author in any literature has composed in verse or prose so full and varied and so relentlessly realistic a view of the soldier’s life, with its alternations of boredom and terror, its deadening routine, its characteristic vices and corruptions, its rare glories and its irrational fascination, as Rudyard Kipling, in the series of verses he produced in the next two years: “The Sergeant’s Weddin'”, and “For to Admire” in February 1894, “Follow me ‘Ome” in April, “Cholera Camp” in October, “The /Eathen” in February 1895, “That Day”, “The Men that fought at Minden”, and the “Birds of Prey March” before April 1895, “Soldier an’ Sailor Too” in November, “The Ladies” and “The Shut-Eye Sentry” in 1895. If he had written nothing else, this group of ballads, from which many lines have become familisr quotations, would preserve his name as long as soldiering remains the unavoidable lot of half-willing young men.

one cheer more an echo of the Captain’s song in the opening of HMS Pinafore (1878) by Gilbert and Sullivan:

Then give three cheers and one cheer more
For the well-bred Captain of The Pinafore.

lando A landau is a luxurious open carriage drawn by two horses..

forty gallon A gallon, an old English measure, is equivalent to 4.546 litres. Beer is commonly delivered in 36 gallon barrels, so the sergeant made more profit by giving short measure.

scores ‘score’ is a word of many meanings; here it means a bill, usually for drinks, sometimes known as a ‘Tab’ in the United States

Sidearms weapons carried in the belt – pistols and bayonets.

Dressin’ by the Band dressing in this context is the process by which a party of soldiers on parade arrange themselves in straight ranks, the correct distance apart. The reference is not clear as the band would probably not be paraded for a sergeant’s wedding.

Voice that breathed o’er Eden. A popular hymn by John Keble (1857) sung at weddings. (No. 348 in some editions of the English Hymnal)

laylock A variant of lilac, Syringa vulgaris, a flowering plant in the olive family. Pharaoh Lee cried with longing to be amongst them in Philadelphia in “Brother Square-Toes” (Rewards and Fairies p. 155 line 4).

slipper throwing a slipper at the bride and groom as they drive away to their honeymoon is an old custom supposed to bring good luck in various countries; others regard it as an insult

Bowin’ Bowing, in this context a gracious gesture where a lady inclines her head and upper body as a greeting or acknowledgement. The equivalent of a gentleman raising his hat or saluting. (It rhymes with ‘how’)