First published with “The Debt” in Limits and Renewals (1932) and collected in Inclusive Verse (1933), Definitive Verse, The Works of Rudyard Kipling (Wordsworth Poetry Library), the Sussex Edition volume 11 page 209, and volume 34 page 414, and the Cambridge Edition (Ed. Pinney) p. 1040.

Kipling’s special use of Muslim literature and history is illustrated by several poems and stories … there are many references to Moghul emperors, in particular “Akbar’s Bridge” … and “The Emir’s Homily” … are ready examples.   [Kipling’s “Law” – A study of his philosophy of life, Macmillan, 1975, page 34]

See also “On the City Wall”.

This poem and “The Debt”

The story of the ‘Debt’ is told by the old Muslim convict, One Three Two.  In his mind, the English King’s care for his subordinate’s health (‘By Allah, O man, I conjure thee to put on that coat in one breath! This is no season to catch sickness’),  matches his own Colonel’s care for him in his own misfortune and disgrace, convicted for an honour killing which was his bounden duty. This, I think, is the connection between the story and the ballad ‘Akbar’s Bridge’ which follows it, about a very different act of kindness by a great man to his social inferior.

The great Mogul Emperor Akbar, ‘Guardian of Mankind’ walks incognito beside the river Goomti, and ferries a cross old working woman across it. Notwithstanding her outrageous insolence – she not only  calls the monarch ‘this ox who cannot row’ and curses his fool of a Viceroy who ‘Must build a mosque to Allah when a bridge is all we need!’ but even scratches his face – Akbar laughs at his own discomfiture and actually takes her advice, giving orders to ‘build the hag her bridge. ’The vast social distance between Akbar, his Viceroy, and a ‘Widow of the Potter’, the least and meanest of his subjects, mirror that between King George V, the ‘Colonel’ and the convict One Three Two who was once Rissaldur Zuhar Khan;  both story and poem turn on a great Emperor’s wisdom and generosity to his subjects.) Incidentally the Potter’s Widow seems to me to reflect Kipling’s soft spot for terrible old women which appears in many other cases.

My guess about the ‘Widow of the Potter’ is that RK has a sort of double play going on – Lockwood, Kipling’s father whom he loved and revered, was a ceramic artist and he makes Lockwood a potter in ‘The Letter of Halim the Potter‘ . But as a potter is low caste, it may also be a tease to Hindus. There’s no reason otherwise why the old lady should  be connected with a potter, and of course  Muslims  don’t have a caste system, though it sounds in Kim as if they’ve taken it on board in India`. This is  completely different from “The Ballad of the King’s Mercy” or “The Ballad of the King’s Jest“, where the Kings are brutal thugs.

But then Akbar was by any standards a great king. [J.M.] 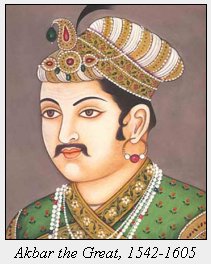 Jelaludin Muhammed Akbar ‘Regarded as the greatest of the Great Moghuls ( he) came closest to forging a single nation of Hindustan during his reign (1556-1605)’. [Archie Baron, An Indian Affair, Pan Macmillan, 2001, page 17.]

‘McIntosh Jellaludin’ (with a slightly different spelling) is the somewhat unlikely name of the ‘anti-hero’ of “To be Filed for Reference” (Plain Tales from the Hills) See also the notes to “ Letters of Marque” (From Sea to Sea), Chapter XII, page 115, lines 21 & 22 and Chapter V.

build the hag her bridge The bridge over the Gomti River in Jaunpur dates from 1564, the era of the Emperor Akbar.