The edited text largely corresponds with that first published in the Pioneer of 31 December 1889. It also includes much of that published on 3 January 1890 incorporated within it.

For this section of Kipling’s travels, see the 1895 maps at for California, Oregon and Washington. Kipling is still in Portland, Oregon, and describes fishing on the Clackamas River in Oregon. He then takes the Northern Pacific Railway to Tacoma in Washington Territory, staying there briefly at least on 23 June, and finally a steamer up Puget Sound to Vancouver in British Columbia. See also The Letters of Rudyard Kipling for 23 June, pp.321-32 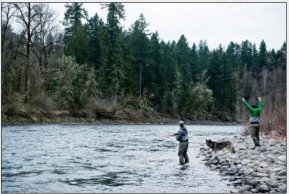 [Title] Shows how I caught salmon in the Clackamas  There is splendid fishing to this day in Clackamas County, Oregon, USA.

[Epigraph, Page 34] The race is neither to the swift … This is taken from Ecclesiastes 9,11.

[Page 34, lines 4 & 5] Punjab Fishing Club is mentioned in The Sportsman’s Book of India (1904), where there is the resigned comment: “I can get no information of the Punjab Fishing Club, though I have had enquiries made at Rawal Pindi, the headquarters. I fear it is defunct.”

There is, however, a North Punjab Fishing Club Anglers Handbook by George H Lacy (1888), which is still in print.

[Page 34, line 5] the Tavi Kipling almost certainly means the River Tawi. The Tawi is in the Indian State of Jammu and Kashmir, and is noted for a variety of fish such as Mahseer, Cat fish, Labio, and Mahi. The river passes through Jammu on its way to join the River Indus. There is fine fishing in the hills of North India and Pakistan.

According to The Sportsman’s Book of India (1904), there are two rivers of this name in the region, one flowing from the east and one from the west of the Pir Panjal mountains and they join the Chenab just north of Sialkot.

This seems to tie in well with the description of the area in From Sea to Sea. 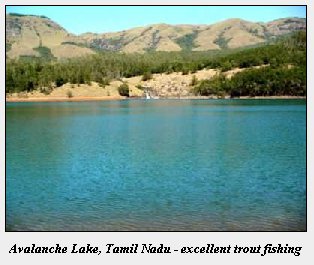 [Page 34, line 6] Ootacamund ‘Ooty’ as the British called it, a Hill Station south of Mysore in Tamil Nadu, towards the southern tip of India in what was then the Madras Presidency.

Trout fishing is still available at the Avalanche and Sandinalla lakes. 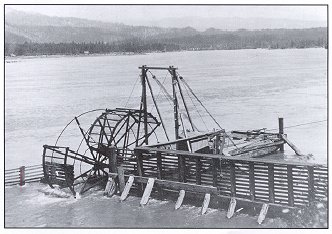 [Page 34, line 11] one of the salmon wheels described in the previous letter No.XXVI.

[Page 35, lines 1-8] The steamer halted A good description of the canneries with photographs can be found at this web-site.

[Page 35, lines 8 & 9] Only Chinamen were employed … In the late 19th century, men from China were a source of cheap labour on the west coast of America.

See Bret Harte’s “Plain Language from Truthful James” (Table Mountain, 1870) where in the seventh stanza Bill Nye comments after losing at Euchre to Ah Sin: “Can this be? We are ruined by Chinese cheap labour.”

[Page 36, line 20] Clackamas is south-south-east of Portland. The Clackamas River is a tributary of the Williamette, which flows through Portland, and is still noted for its fishing. 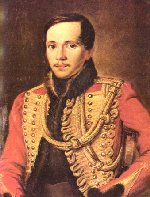 [Page 38, line 25] tie the two hind-wheels to act as a ‘skid’. So that the rear portion of the wagon, presumably the heavier, shall not “take charge” and over-run the forward portion and turn the vehicle sideways. [ORG]

[Page 39, line 17] the gaff a large metal hook with a handle that can be used to land the exhusted fish once the fisherman has drawn it in close to him.

[Page 39, line 20] the gaudy spoon fishing ‘spoons’ are attached to the end of the line and have hooks at the opposite end. They are designed to imitate the food of the adult salmon such as herrings or sardines.

When the morning stars sang together, and all the sons of God shouted for joy?

[Page 45, line 9] Sister Anne glances thought to be a reference to the story of “Bluebeard”, a fairy tale recorded by Charles Perrault. At the climax of the story Bluebeard’s wife Fatima, who is hoping to be rescued from her murderous husband by her brothers, keeps asking; “Sister Anne, Sister Anne, do you see anyone coming yet?”.

[Page 45, lines 31 & 32] took a train this line from Portland to Tacoma was part of the Northern Pacific network.

[Page 46, line 3] Puget Sound runs north from Portland past Seattle until it debouches into the Strait of Juan de Fuca. The National Border between the U.S.A. and Canada runs up the middle of this Strait. 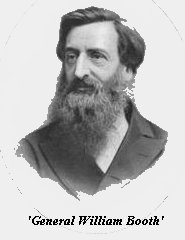 [Page 48, lines 9 & 10] Salvationists Members of the Salvation Army, established in 1885 by ‘General’ William Booth, a charitable Christian organisation ministering to the needy. On a later visit in 1891 to New Zealand Kipling met General Booth, and was much impressed by him

[Page 49, lines 13 & 14] Vancouver the great port city in British Columbia, Canada; not to be confused with Vancouver Island, nor with Vancouver, U.S.A. on the Columbia River in Cowlitz County, Washington State.