Shows how Yankee Jim introduced me to Diana of the Crossways on the Banks of the Yellowstone and how a German Jew said I was no True Citizen. Ends with the Celebration of the 4th of July and a Few Lessons therefrom.

The edited text largely corresponds with that first published in the Pioneer of 8 January 1890.

His stay in Livingston generated the story “A Little More Beef” that is collected in Abaft the Funnel.

[Title] All these references are explained in the notes to the text, below.

[Page 66, line 16] That was a picture I shall not soon forget. See the story “A Little More Beef”, collected in Abaft the Funnel. 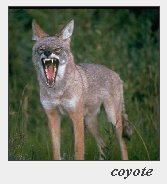 [Page 68, line 4] 4th of July Independence Day. A Public Holiday in the United States to celebrate the date on which the Declaration of Independence from Great Britain was signed – 4 July 1776.

[Page 68, line 22] cherubims little angels, part of the Heavenly Host first mentioned in the Bible in Genesis 3,24, where they act as guardians of the Tree of Life. Later they appear in Exodus 25,20: ‘And the Cherubims shall stretch forth their wings on high, covering the Mercy Seat with their wings.’

[Page 69, line 8] Ananias See the Bible: Acts of the Apostles 5.1-5. He was a dishonest man, who gave a gift to the Church from the sale of some land, but secretly kept back part of it.

[Page 71, line 7] lariat or lasso, a loop on the end of a rope used by cowboys for catching and controlling catte.

[Page 72, line 5] Cinnabar the town at the end of the N.P.R. spur. The city is named after the red mercuric sulphide which was found in the vicinity.

[Page 72, line 10] Mammoth Hot Springs is just inside the north-west border of the Yellowstone Park.

Raymond’s arranged a “Vacation Excursion to Pacific Coast” in 1889, publishing a:

They had already organised at least one excursion to Yellowstone National Park in August,1888.
See this website.

[Page 72, line 17] T. Cook and Son Thomas Cook (1808-1892) of Melbourne, Derbyshire, in northern England, effectively started the mass travel business, starting with Temperance League excursions. The travel group under his name still continues, and Kipling made regular use of the firm’s services throughout his life to arrange his overseas travel. See Egypt of the Magicians also in tis collection. 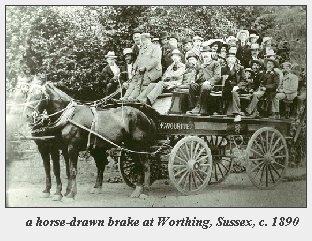 [Page 72, line 23] brake-load a brake was a horse-drawn open cart fitted with several rows of seats.

A brake-load was the full complement of passengers.

[Page 73, line 9] headstalls a ‘headstall’ is a band that is the part of a horse’s bridle and fits over and round its head.