This letter was published in Nash’s Magazine, September 1914, under the title “Social Reform in Egypt” with two illustrations by Fortunino Matania, and In Cosmopolitan of the same month as “Egypt of the Magicians IV”. In both magazines it was accompanied by three verses, without heading, beginning ‘I do not ask for saintly souls to spur me on my way’, which later was expanded into the six-verse poem “A Pilgrim’s Way”, but with some alterations including the change of the first line to ‘I do not look for holy saints to guide me on my way’. The poem is collected in The Years Between (ORG Verse No. 1,007).

After a few days in Cairo the Kiplings set off up the Nile to see the monuments of ancient Egypt on one of the comfortable Nile steamers of Thomas Cook, the celebrated travel company. But, as Rudyard makes clear in the last line of “A Pilgrim’s Way”, ‘The people, Lord, Thy people, are good enough for me!’. He is much more interested in his companions than in the temples and graves, and when he gets to the graves, his main concern is to reflect on their meaning for the men who were buried there, four or five thousand years before.

He notices that their luxurious journey and painless visits are provided by people for whom this is just a routine. As he has always done he listens to the talk of the more active men of affairs among the American tourists, their delight in the statistics of progress in their home towns, and their keen interest in business developments in Egypt and the Sudan. The ‘professional men’—presumably lawyers or accountants—and the womenfolk, are more stereotyped and more parochial. 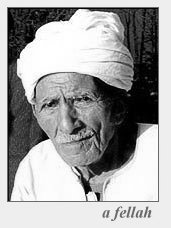 Meanwhile the steamer cruises quietly past the rich strip of land on either side of the Nile. From time immemorial the farmers—the fellahin—have worked in much the same way, and found ways of evading the constant attempts of officials and outsiders to ‘improve’, or otherwise interfere with, their lot.

They are everywhere to be seen, but they are in a different world from the gazing tourists.

[Page 241, line 17] dragoman a tourist guide or interpreter, strictly applied to a guide where Arabic, Turkish or Persian is spoken. From the Arabic targuman an interpreter.

[Page 242, line 3] Baedekers Karl Baedeker (1801-59), a printer in Essen in Germany, started the issue in Coblenz of the famous Baedeker guide books in 1839, by arrangement with the Scottish publisher John Murray. His son, Fritz, transferred the business to Leipzig. Copies of the original guides are now hard to come by, and expensive.

The company is still very much in business, producing up-to-date guides: see its web-site.

[Page 243, line 8] grow cotton Egyptian cotton is of particularly fine quality, but has different characteristics from American cotton. Its special quality comes from its length of staple (thread). See “A Deal in Cotton” in Actions and Reactions (1909). 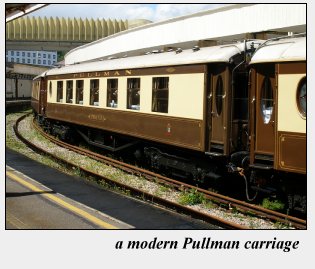 [Page 244, line 2] standardised as the fittings of a Pullman George Pullman (1831-1897) set new standards for luxury rail travel in America, with his long open well-fitted carriages. Pullman cars were adopted in a number of other countries, including Britain.

[Page 244, line 30] Ham-frills and pillow-shams A ‘Ham-frill’ was a decorative collar around a ham, to set it off when brought to the table. The word ‘sham’ means something that is false, and a ‘pillow-sham’ is a false decorative pillow. It lends the illusion that you have purchased specially decorated pillows instead of just covering a standard bed pillow with a pillow-sham. The lady is referring to American women who indulge in excessive decoration in order to impress. 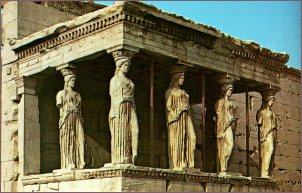 [Page 246, line 23] caryatides draped female statues used as columns in ancient Greece. The word comes from the town of Caryae in Laconia, where the victorious Athenians destroyed the city, slew the men and made the women slaves.

Praxiteles, the great sculptor, carved figures of these women for use in place of columns, to perpetuate the disgrace.

[Page 247, lines 10-11] ‘every shepherd is an abomination to the Egyptians’ See Genesis 46,34. This phrase expresses the age-old conflict between herders and cultivators.

[Page 249, line 22] fellah an Egyption farmer. The plural is fellahin. 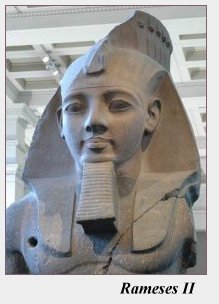 [Page 252, line 11] Praised be Allah for the diversity of his creatures. Kipling uses this quotation for the title of his 1917 collection of stories, A Diversity of Creatures. He attributes it to the Arabian Nights