The edited text corresponds with that first published in the Pioneer of 15 June 1889.

[Page 265, line 9] Ours . . . Our indicating Anglo-Indians as opposed to inhabitants of other countries. 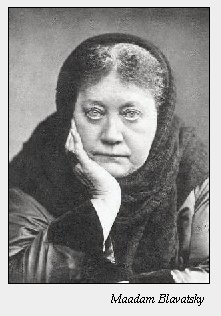 [Page 265, line 14] Theosophy a mystic philosophy promoted by Madame Helena Petrovna Blavatsky (1831-1891) who founded, with others, the Theosophical Society in New York in 1875. She lived in India after 1879 and was referred to by Kipling in his autobiography Something of Myself, Chap.III, p.58.

At one time our little world was full of the aftermaths of Theosophy as taught by Madame Blavatsky to her devotees. My Father knew the lady and, with her, would discuss wholly secular subjects; she being, he told me, one of the most interesting and unscrupulous impostors he had ever met. This, with his experience, was a high compliment.

The Theosophical Society still exists in 2009, and – in its own words – ‘is dedicated to the comparative study of religion, science and philosophy and the practice of the Art of Self-Realisation’.

[Page 265, line 15] levitating chelas disciples who were reputed to be able to elevate themselves above the ground.

[Page 266, line 2] C.M.S. The Church Missionary Society: one of the societies organised by the Church of England. [ORG]

[Page 266, lines 9 to 22] When you are in the China Seas. . . Kipling also wrote a story with the title “Of Those Called” which was published in the Civil and Military Gazette on 13 July 1889, and later collected in Abaft the Funnel (1909). It is set in the China Sea under very similar climatic conditions to those described here.
The China Seas are an arm of the Pacific Ocean, off the eastern and south-eastern coasts of Asia, extending from Japan to the eastern end of Borneo and the southern end of the Malay Peninsula. The island of Taiwan divides the China Sea into two parts; the north is called the East China Sea and the south, the South China Sea, or, frequently, simply the China Sea. [J McG]

[Page 266, line 23] Hong-Kong is within the Pearl River Delta and was a Crown Colony of the United Kingdom at the time of Kipling’s visit. It is now a Special Administrative Region of China. Hong-Kong Island is separated from the Kowloon Peninsula to the north by the narrow strait of Victoria Harbour.

[Page 266, lines 31 to 32] flat-nosed boats or sampans, normally propelled with a single scull over the stern.

[Page 267, line 5] Pigtails a slang expression for the Chinese. 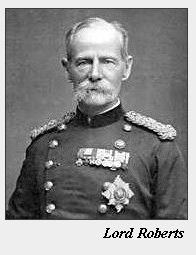 [Page 267, line 14] Roberts Frederick Sleigh Roberts (1832-1914), was Commander-in-Chief in India from 1885-93, and became Field Marshal Earl Roberts of Kandahar. He and Kipling were acquainted and there are several references to him in Kipling’s work. See Julian More’s paper on Kipling’s relationship with thim , and Kipling’s poem .‘Bobs’.

[Page 267, line 23] Chowringhee a road in Calcutta running north to south along the eastern side of the maidan (an open space in the centre of the city. and a popular place of resort) and therefore a desirable place to live.. 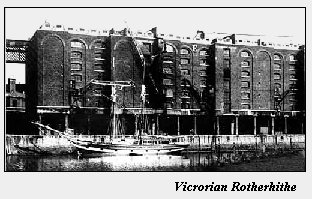 [Page 267, line 24] Rotherhithe is on the south bank of the River Thames in Southwark, just over a mile downstream from Tower Bridge. It was a port for centuries, and the roads and houses reflect its dockland heritage. In 1889 the housing would have been of low quality.

[Page 267, line 29] the bund Hobson-Jobson defines a bund as an artificial embankment. This Sanskit/Persian word in the Anglo-Chinese ports ‘is applied especially to the embanked quay along the shore of the settlements. In Hong Kong alone this is called not bund, but praia (Portuguese for ‘shore’).’

[Page 268, line 14] John Bright (1811-89). A famous orator and leading agitator against the Corn Laws, which restricted the import of grain into Britain and Ireland until the price reached a certain level, thus protecting farmers at the expense of consumers. He was a member of Mr. Gladstone’s Liberal Government from 1868 onwards. He supported the reform of the Indian Administration. News of his death would not have greatly distressed Kipling.

[Page 268, line 15] Samoa a group of islands in the Pacific. The hurricane of March 1889 was admirably described by Robert Louis Stevenson in Chap. X ofA Footnote to History (1892). [ORG]

[Page 268, line 30] the Ali Musjid in the pass or Ali Masjid was at that time a British fort in the centre of the Khyber Pass on the border between India (now Pakistan) and Afghanistan.
:
[Page 268, line 32] Austrian-Croat in 1889 Croatia was part of the Austrian-Hungarian Empire.
: 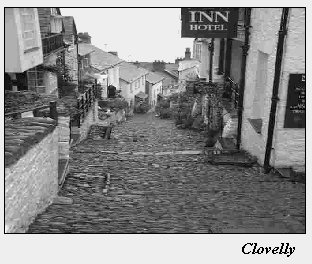 It is noted for the very steep drop from the top of the village down the cobbled High Street to the waterfront. It is even better remembered for the climb back up!

[Page 270, line 23] plates—instantaneous plates glass plates coated with a photosensitive emulsion used for photography. The Japanese in Tokyo had clearly developed a faster emulsion that needed shorter exposure times to take a photograph.

[Page 271, line 11] canonicals a joking reference to the uniform. Strictly the word refers to the official dress of the clergy, regulated by the church canons.

[Page 272, line 7] a running knop and flower cornice a knop is an alternative name for a bud. This phrase describes an architectural feature that was decorated with an alternating pattern of buds and flowers. The design is mentioned in Exodus 25,33-35 and 33,19-21.

[Page 273, line 5] aniline dyes a reference to the dyes developed by German chemists the first of which (aniline blue) was introduced in 1860, which effectively killed off the Indian indigo trade. Kipling also mentions this in Letters of Marque Chapter I.

[Page 273, line 20] abacus a counting-frame consisting of horizontal rods along which movable beads can be slid.

[Page 273, line 32] pidgin short for ‘pidgin English’, a dialect, mainly English in vocabulary with Chinese arrangement, used in communication between Chinese and foreigners. 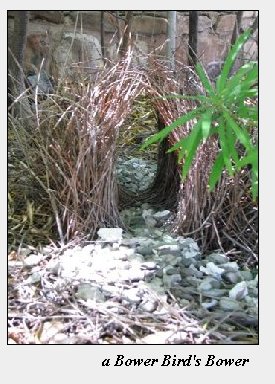 [Page 275, lines 17 & 18] bowerbirds collection a group of Australian birds (of the family Ptilonorhynchidae) noted for the way in which the male, as part of the courtship ritual, builds a bower from various brightly coloured objects that he has collected.

O, who can hold a fire in his hand
By thinking on the frosty Caucusus?