The edited text corresponds with that first published in the Pioneer and the PioneerMail of 17 April 1889.

This Chapter covers the period when Kipling travelled by train from a last visit to his parents in Lahore down to Calcutta. There he sold the copyright of his Indian Library series of stories to Emile Moreau of A.H. Wheeler & Co, on 7th March 1889, wrote at least one letter to a friend on the Pioneer in Allahabad on 8th March (see KJ331, p.7), and then sailed from Calcutta with his friends the Hills on board the S.S. Madura across the Bay of Bengal on 9th March at the start of his roundabout journey to England.

[Page 207, Epigraph] This is the first of the two stanzas in “Young and Old” by Charles Kingsley (1817-1875). It appeared at the end of Chapter II of Kingsley’s story The Water Babies.

[Page 207, line 1] After seven years refers to the period during which Kipling worked in India, from November 1882 to March 1889. There is another similar reference is the chapter heading “Seven Years’ Hard” in his autobiography Something of Myself.

[Page 207, line 4] yoke of bondage a quotation from Galatians 5,1. A yoke can be part of the harness that joins a pair of draught animals, such as oxen, at the neck.

[Page 208, line 9] Globe-trotter a visitor who travels very quickly through a country and then claims to know everything about it. An early form of tourist.

[Page 208, line 11] Cook’s ticket Thomas Cook Ltd was the first global travel agency. Kipling used them himself on occasion as he records, for example, in his autobiography, Something of Myself, Chapter V.

[Page 209, line 13] punkahs these are large and fixed swinging fans, formed of cloth stretched on a rectangular frame and suspended from the ceiling. They are activated by the pullers in order to agitate the air in rooms.

[Page 209, line 15] thermantidotes air-cooling devices made by installing a sort of paddle-wheel in a window aperture, encased in wet “tatties” which are mats made from cuscus grass. By keeping the mats wet, a cooling stream of air can be brought into a room. 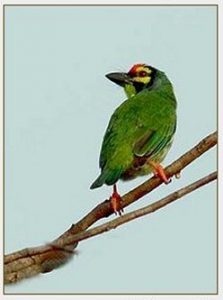 [Page 209, line 15] Copper-smith This is the crimson-breasted Barbet. Kipling describes the Coppersmith on page 196 of The Jungle Book, after Rikki-tikki-tavi, the brave mongoose, has killed Nagaina, the last great cobra in the garden:

The Coppersmith is a bird who makes a noise exactly like the beating of a little hammer on a copper pot; and the reason he is always making it is because he is the town-crier to every Indian garden, and tells all the news to everybody who cares to listen. As Rikki-tikki went up the path, he heard his ‘attention’ notes like a tiny dinner-gong; and then the steady ‘Ding-dong-tock! Nag is dead—dong! Nagaina is dead! Ding-dong-tack!’

[Page 210, line 12] Armageddon the site of the final battle between God and Satan.

[Page 210, lines 17-18] Necessity, the great Goddess proverbial phrase adapted from the Greek of Simonides of Ceos; ‘Not even the Gods can resist necessity’. [ORG]

[Page 210, line 31 et. seq.] Calcutta For reports of Kipling’s visit to Calcutta ‘one year ago’, see ‘The City of Dreadful Night’ in Vol.II of From Sea to Sea and Other Sketches. 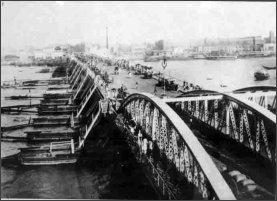 [Page 211, line 5] Howrah Bridge was the main bridge across the Hughli River, connecting Howrah with Calcutta. The main East India Railway (E.I.R.) stopped in Howrah and passengers had to cross the bridge to reach Calcutta and its docks.

[Page 211, line 18] Delhi-Kalka line Kalka is the mainline rail terminus from which the narrow gauge railway now runs up to Simla. Kalka is also mentioned in “Garm—A Hostage” collected in Actions and Reactions (1909).

[Page 211, line 24] adipocere or ‘grave wax’ or ‘mortuary wax’ is a water-insoluble material consisting mostly of saturated fatty acids It is formed by the slow hydrolysis of fats in decomposing material such as a human cadaver by action of anaerobic bacteria. The transformation of fats into adipocere occurs best in the absence of oxygen in cold and humid environment, such as in wet ground or mud at the bottom of a lake. [Wikipedia].

[Page 211, line 27] Eden Gardens are part of the maidan around Fort William in Calcutta. See this web-site for a picture of the 1856 Pagoda in the gardens, and a map showing the location.

[Page 213, lines 6-7] Lady Lansdowne wife of the Fifth Marquess of Lansdowne who was Viceroy and Governor-General of India, 1888-94.

[Page 213, lines 13-14] West Brompton a district in London which Kipling came to know from visits to his Burne-Jones relatives in North End Road, and when he spent his school holidays with the three Ladies of Warwick Gardens.

[Page 213, line 21] Circular Road ran round old Calcutta from Chitpur to Tolly’s Nala on the southern side of the Maidan. 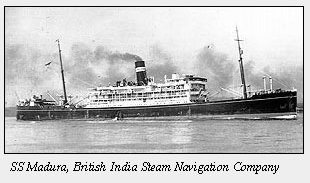 He had written about the pilots in Chapter IV of The City of Dreadful Night ((From Sea to Sea Vol II).

He later wrote a story, “An Unqualified Pilot”, which was first published in February 1895 and collected in Land and Sea Tales for Scouts and Guides in 1923. His poem “The Ballad of Fisher’s Boarding House” is also concerned with Calcutta and the Hughli.
The Hughli is notorious for its shifting sandbanks, the variance of the depth of water depending upon the season, and from Calcutta to its mouths for the additional tidal variance.
North Ridge not identified.
Lower Gasper currently a flashing light positioned approximately at 21° 21´•95N., 88° 10´•10E, just off the mouth of the Hughli.
occulting lights a navigational light where the period of darkness is shorter than the period of light.
Uncovenanted Civilian as distinct from the ‘Covenanted Civil Service’ (I.C.S.) and the Military. Their positions were less secure and their pension rights and furloughs were less generous.

[Page 215, line 11] pilot-brig a brig is a two-masted sailing vessel, square-rigged on both masts. The pilot-brig referred to was the offshore home of the Hughli pilots whilst they waited for an incoming vessel in need of a pilot. 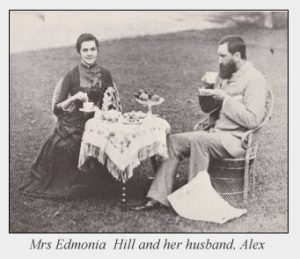 [Page 215, line 19] the Professor based on Professor S.A. Hill, who – with his wife – accompanied Kipling on these journeys. He is never named in these reports.

[Page 216, line 8] Angostura bitters. A concentrated bitter-tasting flavouring of herbs and spices made in Trinidad and Tobago.