Rudyard Kipling was initiated into the Lodge of Hope and Perseverance No 782 (founded in 1858 under the English Constitution) at the Masonic Hall, the Jadughar (as described in Kim) in Anarkali, Lahore on 5 April 1886, at the age of twenty. As this was the Lodge into which he was initiated it became his Mother Lodge. A Freemason will always have a particular attachment to the Lodge which saw him enter into Freemasonry, even though he may cease to be a member of that particular Lodge.

The poem was written some eight years later, when he was living in Vermont. Charles Carrington in his The Complete Barrack-room Ballads (p.166), reports that it was written in a single day, on October 29th 1894, while Conan Doyle was staying with the Kiplings. It celebrates the equality which reigns among Freemasons without distinction of profession, rank, race or creed and the first two stanzas clearly reflect the diversity of this particular Lodge, underscored by the refrain which contrasts the behaviour displayed in public with that shown inside the Lodge. The use of vernacular with the dropped ‘h’ highlights the wide social rankings of the members.

What attracted him was Freemasonry’s emphasis on universal brotherhood in a country riven by caste and race. Lodge Hope and Perseverance was neutral territory, where Indians and English met as equals:

‘I was entered by a members of the Bramo Samaj (a reformist Hindu movement), passed by a Mohammedan, and raised by an Englishman.. He wrote to The Times: ‘Our Tyler was an Indian Jew, we met of course on the level, and the only difference anyone would notice was that at our banquets some of the Brethren who were debarred by caste rules from eating food not ceremonially prepared, sat by empty plates.’

In contrast to his dismal record of attendance as a Punjab volunteer, Ruddy was a regular attender at every monthly meeting, and acted conscientiously as the Lodge Secretary for a year. He also researched the subject of Freemasonry well enough to be able to present papers to his brother Masons on the ‘Origins of the Craft’, and ‘Some Remarks on Populat Views of Freemasonry’, and he took the opportuniy to attend meetings at the Military Lodge at Mian Mir, from whose rolls he purloined the names of two fellow Masons, Surgeon Captain Terence Mulvaney, and Lieutenant Learoyd of the Royal Artillery….

Raised as a non-believer, Ruddy nevertheless had a strong religious impulse, which freemasonry satisfied by providing a spiritual centre ground, a sanctuary from which he could emerge as he pleased to explore the plethora of creeds about him.

Andrew Lycett (p. 129) echoes these views, pointing out that with its ideals of brotherhood goodwill and chariry, Freemasonry had played an important part in bridging social divisions, both within the British community, and between the Anglo-Indians and the local people, and that the movement provided a social network which Rudyard particularly valued when he was travelling:

Once when visiting Jamalpur, a railway manufacturing town in Bengal, he consoled himself with the thought that at the local lodge, St George in the East, there were:

…men who will talk to me as though they had known me all their lives on subjects which both I and they will be able to discourse about with freedom and camaraderie.

There he probably met the model for Olaf Swanson, the mail train driver .. in his didactic story “The Bold ‘Prentice” … within the Craft, Rudyard would come to know a hitherto unknown body of men, the mechanics and foremen who ensured that British India ran efficiently. Through these blue-collar labourers and the middle class engineers and public works officials at the Club, he honed his ideas about the importance of work and duty, both for the individual and the community.

See also “A contrary Man and Mason” by George Kieffer in Kipling Journal (KJ303) for September 2002. Also the notes by Lisa Lewis and George Kieffer on “In the Interests of the Brethren” , and “The Janeites” , both collected in Debits and Credits (1926).

Conductor Sergeant The most senior non-commissioned rank in the Army, broadly equivalent to Warrant Officer Class I today, particularly in the Land Transport Corps and the Military Stores Department of the period.

Europe Shop A shop that sold many European (British) goods and provisions.

The Level and the Square are instruments in architecture important to Freemasons with the Level representing equality and the Square uprightness and rectitude. They are found appended to the collars of officers in the Lodge, the Square for the Worshipful Master and the Level for the Senior Warden.

The Junior Deacon is an officer of the Lodge who bears the Worshipful Master’s messages from the Senior to the Junior Warden and attends to candidates during the Masonic ceremonies. There is no recorded evidence of Rudyard Kipling ever serving the office of Junior Deacon in his Mother Lodge.

Castro from the fittin’ sheds “fittin’-sheds” are railway buildings where locomotives and carriages are taken for work, such as for fitting new bogies/wheels, etc; many of the members of the Mother Lodge are Indian railway employees and as such Castro – quite possibly a Goan, given his name and that he is RC – is employed there.

The Roman Catholick! Since 1738 the Roman Catholic Church had prohibited members of that Church from becoming Freemasons, most recently for the period in 1884 in the encyclical Humanum Genus promulgated by Pope Leo XIII.

We ‘adn’t good regalia In Freemasons’ Lodges the regalia are principally the aprons and collars worn by its members. In this instance we can assume that these were home-produced and probably well-worn.

our Lodge was old an’ bare A Lodge also has some furniture and furnishings, some of which may be permanently affixed to the walls. Clearly this was a “poor” Lodge as it could not afford to furnish its Lodge. It is known that Kipling helped to decorate the bare walls of the Masonic Hall in Lahore.

The Ancient Landmarks are the ancient customs, laws and regulations of Freemasonry incorporated in the ceremonies which a Freemason promises to strictly observe and adhere to when he is initiated. Historically they refer back to the marks (normally stones) placed on land to mark boundaries.

We’d all sit down and smoke Traditionally Lodges used to meet monthly always on a given day of the week and the ceremony in the Temple (the Lodge room) was normally followed by a banquet, known as the Festive Board. Evidently with so many castes and religions with strict dietary requirements represented a banquet could have led some members to break the dictates of their caste or religion and so the Lodge abandoned this for a convivial smoking session.

“An’ man on man got talkin’ / Religion an’ the rest” Freemasons are nowadays exhorted not to discuss religion or politics in Lodge as this could lead to disharmony, clearly not a worry in The Mother Lodge.

“Of the God ‘e knew the best” Regular English Freemasonry is based on the belief in a Supreme Being, which may be considered an Ancient Landmark (see above Verse 4), sometimes referred to as the Great Architect of the Universe, without being creed specific. This allows adherents of all religions to join and would only exclude atheists. Some continental European Masonic Lodges, such as the Grand Orient of France, admit members without having to profess a belief in the Supreme Being and are therefore not recognised by United Grand Lodge of England. The fact that Mohammed, God and Shiva are ostensibly interchangeable and equivalent as deities illustrates this and is one reason for the hostility of the Roman Catholic Church. 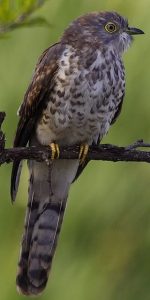 An’ bore fraternal greetin’s / To the Lodges east an’ west
One of the pleasures of Freemasonry is visiting other Lodges and the narrator, an unnamed India Government official, just like Kipling as a journalist had occasion to travel across India and would find a welcome in other Masonic Lodges. It was customary to bring greetings from the visitor’s Lodge.

From Kohat to Singapore It is generally acknowledged that Freemasonry as we know it today originated in England during the Enlightenment in the 18th century and 2017 is the tercentenary of United Grand Lodge of England. It is not surprising therefore that Freemasonry spread with colonial expansion. Kohat is a city in the North West Frontier Province and juxtaposing it with Singapore is emblematic of the universality of Freemasonry in this case across South East Asia.

trichies a type of cheroot originating from Trichinopoli, Tamil Nadu

in good standing A Freemason who is up-to-date with the subscriptions to his Lodge and has not been barred for any other reasons.