There is a version handwritten by Kipling in Notebook 1, undated, but judged by Rutherford to be ‘probably October-November 1882’. A later note of Kipling’s reads: ‘Published in the Englishman with one howling misprint. A better poem than the old rag had published for some time wh. isn’t saying much’ .

The Englishman was an English language newspaper published in Calcutta, later incorporated into The Statesman. This printing has not been been found.

See Rutherford pp. 24-28 for details of the Notebooks.

If the order in Notebook 1 is to be relied on this may be the earliest of Kipling’s poems to have a definite Indian setting. The earliest definitely dated is “The Pious Sub’s Creed” of 26 January 1883.

The poem describes the pleasure of a horse-ride and lovers’ meeting when the Indian dawn is still cool. It may well be invention or wishful thinking, since Kipling can hardly have formed an attachment in his first six weeks. He lists, among the joys of reunion with his family, ‘I had my own horse, cart, and groom’ (Something of Myself p. 40).

[Verse 2] ‘There’s a bend on the (Ravee) river’ the punctuation suggests that this is a quotation, with the name of the river altered.

Ravee the Ravi, one of the five great rivers of the Punjab, which flows past Lahore.
The five are Jhelum, Chenab, Ravi, Sutlej, and Beas. All are tributaries of the Indus. 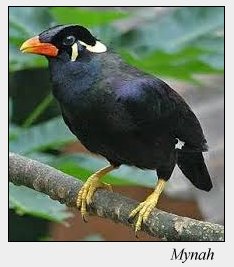 Sahib/Miss Sahib The British, as addressed or referred to by Indians. ‘Sahib’ is a polite form of address for a man, roughly equivalent to ‘Sir’. An unmarried young woman would be ‘Miss Sahib’, a married woman ‘Memsahib’.

[Verse 2] hands … are good a rider with skill in managing the reins is said to have good hands. In the next line the speaker likes to fetter a pulling horse – to control a spirited one.

pass his exam In one of the Indian languages, in Lahore Punjabi or Urdu. New members of the Indian Civil Service had to swiftly develop language competence, since they were expected to speak to Indians in their native tongue.