[Page 253, line 3] hellebore the old name of a plant believed to cure madness and depression (above).

[Page 255, lines 18-20] Virgo (the Virgin), Aquarius (the Water-Carrier) and Gemini (the Twins) are the 6th, 11th and 3rd respectively of the 12 signs of the Zodiac – see further the notes on “The Children of the Zodiac”.
[Page 256, line 8] And again He sayeth, Return, ye children of men a conflation of the different versions of Psalm 90, 3 in the Bible and the Book of Common Prayer.

[Page 256, lines 31-33] trines, oppositions, conjunctions, etc. these are all technical terms in astrology relating to the movements of heavenly bodies.

[Page 258, line 4] timber-tug a long vehicle specially designed for carting tree trunks from the woods to the saw-mills – so long that it can only be turned very slowly.

Cattiwow came down the steep lane with his five-horse timber-tug. Cattiwow never let them ride the big beam that makes the body of the timber-tug, but they hung on behind.

[Page 258, line 8] the man Charles Stuart a term for the King used by persons radically opposed to him. 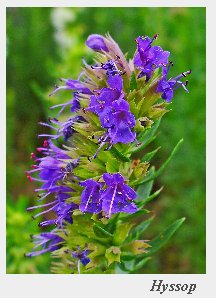 [Page 258, line 26] Hyssop on the Wall a tree of which Solomon spoke – see 1 Kings 4, 33. Puck is jokingly urging Culpeper not to mystify them with his learning.

[Page 258, line 28] betony from a brookside i.e.Water Betony, which, the Herbal states, is good for treating “wounds and hurts to the breast”. Culpeper would have been gathering it for his army patients when he was wounded in the chest himself.

[Page 259, line 5] Zack Tutshom a Royalist cleric mentioned in some accounts of Sussex in the Civil War. He was made to vacate his living in favour of a Commonwealth clergyman. 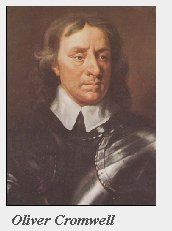 [Page 260, line 9] Great Wigsell is a house similar to Batemans about seven miles away. Nicholas’s branch of the Culpeper family was distantly related to the Wigsell branch through an ancestor who died in 1462. The “cousin” or kinsman at Great Wigsell referred to by Nicholas has not been identified.

Alastair Wilson writes: The Kiplings knew the house, having looked over it when they were house hunting in 1900, but had decided that it would not suit them. It later became the home of their great friend, Lady Edward Cecil, who later married Lord Milner, one of Kipling’s great political allies. [A.W.]

[Page 260, line 22] impertinences in its old sense of “things not pertaining”, i.e. irrelevancies.

[Page 262, line 2] Roundhead an adherent of Parliament in the Civil War, especially a member of Cromwell’s army.

[Page 262, line 25] primum mobile in the Ptolemaic system, the outermost sphere of the cosmos whose movement is responsible for all other celestial motions. 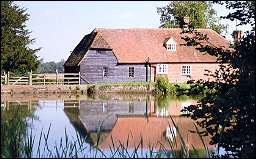 [Page 264, line 25] a whitish rat in a letter to Osler Kipling stated that the starting point of this story was seeing “a hideous, old, puffy, scaly white rat” climbing a fig tree.in the Kiplings’ garden in South Africa in February 1901 during an outbreak of plague there.

[Page 265 line 32] ‘I drenched him then and there with a half-cup of waters….’ Gillian Sheehan writes: A drench is a term now used only in veterinary medicine for a drink or a draught of medicine.

[Page 268, line 26] Eureka (Greek) “I have found it”–an exclamation of delight at having made a discovery; originally that of Archimedes on discovering how to test the purity of Hiero’s golden crown (Brewer).

[Page 270, line 33] electuaries as described in the Herbal, an electuary is a conserve or paste consisting of dried parts of medicinal plants beaten into powder, sieved, then well mixed with clarified honey in a mortar.

[Page 272, line 7] Wail Attersole in Kipling’s Use of Historical Material (pp. 103-4) Professor Weygandt suggests that Kipling may have taken the name of Culpeper’s father-in-law William Attersoll (a clergyman) and invented the nickname “Wail” for him.