The initials stand for “Esau Mull”, a pseudonym that RK had used from May, 1884.
It is the most frequently-used of his many pseudonyms, for he typically used it to
sign his many “Week in Lahore” columns. A ‘Mull’, short for ‘mulligatawny’, is a
slang term for a Madras civil servant. ‘Esau’ presumably stands for ‘exile’.

The poem compares life in the heat of May in India with that of sailors in the Doldrums, the belt of calms near the Equator, where in the days of sail they endured the tropical sun, whistling for a wind. Louis Cornell (p. 83) comments that it has no other motive than to celebrate the arrival of the hot weather. By May in Lahore it was getting into its stride, with an average temperature of 30℃
(86℉), sometimes rising to 37℃ (97℉).

kus-kus tatty kus-kus were grass roots used to make screens or tatties to cover openings (the wooden hatchway of Verse 1) in the hot weather. ‘The screens were kept wet, their fragrant evaporation as the dry winds blow upon them cools and freshens the house greatly.’ (Hobson-Jobson)

the screw the ship’s propellor.

thermantidote a rotating fan, operated by hand, used to drive a continual current of air through the wet tatties. An early form of evaporative air-conditioning.

nand the earthenware vessel for water, to keep the tatties wet.

man at the wheel the coxwain steering the ship. Here, the man turning the fan of the thermantidote. 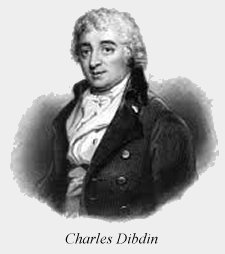 Tom Bowlings sailors. The name derives from a character in Tobias Smollett’s tale Roderick Random (1748), made famous by Charles Dibdin in his song “Tom Bowling”.

Here a sheer hulk, lies poor Tom Bowling
The darling of our crew;
No more he’ll hear the tempest howling
For death has broached him to…

juldee kinch ‘pull quickly! ‘ A command to the servant working the thermantidote, likened to the ‘yo heave ho!’ encouraging sailors pulling on a rope.

watch below time off duty for sailors.