[Page 121, Heading] the Hat-marked Caste are Europeans who wore hats as distinct from turbans. In the heat of India a stiff hat makes a ring round the brow. Also see heading to Chapter VII. [DP] 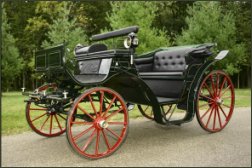 [Page 121, line 9] bridoon the snaffle and rein of a military bridle, which acts with or independently of the bit.

[Page 121, line 10] spiked curb a curb is a chain or strap attached to the bit for restraining a horse.

[Page 122, lines 18 & 19] the Pretender Sowae besieged Raja Maun Sowae (Singh) of Pokwura, in the desert over 80 miles north-west of Jodhpur, made elaborate plans in 1804 to replace Raja Maun, who had just become Raja of Marwar.
[See the note by Brigadier Mason on Sowae Singh extracted for the ORG from Tod’s Annals.

[Page 123, line 24] Mundore this was the ancient capital of the State of Marwar. Jodhpur was built in 1459 about 8 miles south of Mundore (Mandor).

[Page 124, line 15] Dresden china made in Saxony – a white porcelain. Much of it was made at Meissen about twelve miles away from Dresden, so the same china may have both names.

[Page 124, line 19] Titans in mythology the sons and daughters of Uranus and Gaea, who were hurled from heaven by no less a one than Zeus himself.

[Page 125, line 23] Jeysulmir or Jaisalmer, a town in Rajputana about 140 miles W.N.W. of Jodhpur, situated in the middle of the Thar or Indian Desert. Kipling also refers to this town in chapter XVI, in “The Great Census” (collected in The Smith Administration), “Gemini”, chapter IX of The Naulakha and in chapter X of Kim. [DP]

[Page 125, line 32] Rann the Rann of Cutch is almost enclosed water and marsh but it is part of the sea. It lies to the S.E. of the mouth of the great Indus River. (N.B. – Kipling’s usual difficulty with the compass – going northwards and westward from the Rann is what he meant).

[Page 126, line 18] succession case where and when a man might have several wives there are bound to be queries about the succession on his death. (see also chapter 12, page 119, line 29).

[Page 126, line 24] Thug member of a sect in India that worshipped Kali and carried out murder and robbery – see Hobson-Jobson p. 915.

[Page 126, line 30] Sojat to Phalodi Sojat is at the westerly foot of the Aravallis about 40 miles south-east of Jodhpur. Phalodi is about 72 miles north-west of Jodhpur on the edge of the desert. The distance between them is about 120 miles, but the point is that it was an entirely unpoliced area at that time and after being a notoriously dangerous area for travellers had become much more settled.

[Page 126, line 31] A nose-ring this may not have great intrinsic value, but is an essentially feminine ornament, perhaps the first she is given.

[Page 127, line 5] jaghirdars the regional governor of a village or district to whom has been granted the revenues of that district by the Emperor, usually in payment for some service such as the maintenance of a troop of soldiers. (see also chapter XII, page 106, line 13). [DP]

[Page 127, line 16] Gordons is this a reference to the pious rectitude of General Gordon, who had recently been murdered in the Sudan (1885) aged 52 ?

[Page 128, lines 5 & 6] guinea-worm Guinea worm disease is caused by Dracunculus medinensis, a threadlike parasitic worm that grows and matures in people. Worms grow up to 3 feet in length. People get infected when they drink standing water containing a tiny water flea that is infected with the even tinier larvae of the Guinea worm. In 1983 India launched an eradication programme and in 2000, WHO (the World Health Organisation) certified that India was guinea worm free. [DP] [See the UNICEF web-site]

[Page 128, line 7] San Domingo used colloquially for the Island, the Dominican Republic, and the capital of Santo Domingo in the West Indies.

[Page 128, line 15] George Stephenson (1781-1848) English engineer who invented a miner’s safety lamp quite independently of Davy, whose invention coincided in time and who received most of the credit. Stephenson received a grant of £1,000 for his. His greater work was inventing steam locomotive engines – in this work there were other inventors but Stephenson was the first to realise that to work efficiently the locomotive must have a proper railroad.

[Page 128, line 22] Sukkur 220 miles up the Indus from Karachi, the site of a dam. One of the hottest and driest places in Pakistan.

Sukkur in June would be Simla to Jodhpur! the simile suggests that Jodhpur is so much hotter than Sukkur that the difference is like that between Simla and the plains. [DP]

[Page 130, line 3] ‘All right when you know them but you’ve got to know them first’ Which music-hall song was it that had this sentence in it? We understand that it is also quoted by Maurice Baring in Cat’s Cradle. [DP]

[Page 130, line 20] Bengalis in this connection this meant British offices of the Civil Administration in Bengal.

[Page 130, line 26] Anglo-Indian then meant British people living in India— not the later use (after 1918) of those of mixed European and Asiatic blood, previously known as Eurasians.

[Page 131, line 1] ‘for better or worse’ these words are in the Anglican Church Book of Common Prayer: Solemnization of Matrimony, the Betrothal: ‘For better for worse…’

[Page 131, line 8] Machiavellis people who are naturally conspiratorial, after the Florentine statesman of 1469-1527.