It offers Kipling’s concluding thoughts about Canada, suggesting that the great freedom existing in such a Dominion is a source of weakness to British Imperial organisation. He believes that Canada’s greatest need is an increase in population through immigration by people of British stock.

Originally there was a three-verse heading of three lines, each verse beginning:“Were my heart as some men’s are, Thy errors would not move me”, by Thomas Campion (1567-1620)

Near the beginning of the article (p. 198 in Letters of Travel) there is an eight line verse beginning “As the Land of Little Leisure”. Kipling refers to it as “a verse out of a newspaper” but it is probably his own. (It is listed as Verse No. 918 in ORG p. 5420). An alternative title is “Land of Little Leisure”. It is to be found in the Sussex Edition vol. 24 p. 267, and the Burwash Edition vol. 19.

Bournemouth. Torquay. and the Isle of Wight are old-established sea-side resorts in south and south-west England.

Happy Valley lies above the city of Hong Kong. 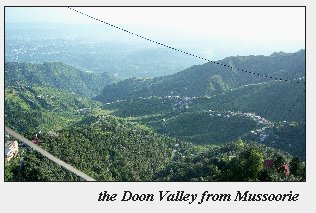 The Doon is a beautiful valley in the hills of northern India, between the Sewalik range and the escarpment on which the celebrated hill station of Mussourie is perched.

Sorrento is a famous beauty spot on the south side of the Bay of Naples, in Italy.

Camps Bay is close to Cape Town, in South Africa. 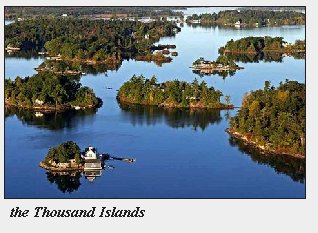 the Thousand Islands are in the St. Lawrence River in eastern Canada, on the border with the United States.

[Page 196, line 18] just under the curve of the world a considerable hyperbole.

[Page 197, line 4] Esquimalt, a station of the British Navy the Royal Navy Dockyard had been closed three years before at the same time as the Pacific station—but not the China station— was abolished, following the signing of the Anglo-Japanese Treaty of 1902. The Royal Canadian Navy was yet to be born. 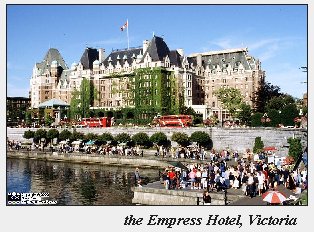 [Page 197, line 33] Country Life an illustrated weekly journal, dating from 1897, with articles about living in the countryside in Britain. It graced the tables of many a stately home and Pall Mall club, along with the Morning Post or The Times, as it still does, though the Morning Post has now become the Daily Telegraph. In 1907 it cost one shilling (five pence in modern decimal currency). In 2010 its price is £3.20.

[Page 198, line 6] Drake on his round-the-world voyage (1577-80) during which he claimed California for England under the name of New Albion; he came nearly as far north as Victoria.

As the Land of little leisure.
In the place where thinhs are done …

It seems likely that these lines are by Kipling. If not, we are anxious to know where he found them.

[Page 199, line 9] Strand one of the great thoroughfares of London, linking the City to Westminster.

[Page 199, line 33] ark of their covenant This was, by ancient tradition, a vessel containing the tablets of stone on which God’s Ten Commandments to the People of Israel were inscribed. The Law is depicted by Kipling as being the most important thing in the life of the Canadian people, as the Ark is to Orthodox Jews.

[Page 200, line 7] one night’s riot In September 1907, there was a serious riot against Asian businesses in downtown Vancouver that was started by members of the racist Asiatic Exclusion League. (See p. 163).

[Page 200, line 9] where the officers of the law track and carefully bring into justice the astounded malefactor The ‘mounties’ (the Royal North West Mounted Police) had and have a treasured reputation for always ‘getting their man’.

[Page 201, line 13] if she continues wealthy and remains weak Kipling was arguing that Canada was not providing enough armaments for her own protection. She tended to rely on the Monroe Doctrine of the USA, dating from 1823, which asserted the political predominance of the United States in the Americas, and her willingness to defend this against outside powers by force of arms. 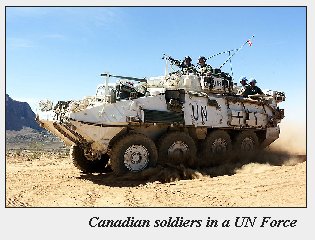 As indicated above (page 197, line 4), there was no Canadian Navy, though later in World War II the Royal Canadian Navy was the third largest in the world. The establishment of the Canadian Army as a serious force dates from World War I, and the vast citizen army she raised to fight in France.

Today, although the Canadian Army has been a major contributor to the North Atlantic Treaty Organisation and the United Nations, in operations from Korea to Afghanistan, her regular army is just under 20,000 effectives (from a population of 30 million) compared to Great Britain (100,000 from a population of 60 million.)

[Page 201, line 14] she will surely be attacked her only attacker could have been the USA. Today such an idea is unthinkable: but, for example, in the 1920s, the British and United States General and Naval staffs seriously examined the possibility of wars between the British Empire and the USA.

[Page 203, line 33] Canada has the chance of the century Canada’s population since unification has increased annually, in very round terms, in three stages:

[Page 204, line 4] Bessarabian Bessarabia is a region to the north of the Black Sea, in the former Soviet Union, now part of the Republic of Moldova, bordering Roumania.

Bokhariot Bokhara is the capital of the Bukhara Province of Uzbekistan in Central Asia. 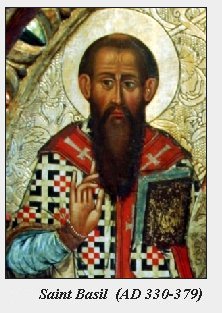 [Page 204, line 9] Byzantine saints Byzantium was a Greek city on the shores of the Bosphorus, off the north-east corner of the Mediterranean. After its destruction by Severus in A.D. 196, the Emperor Constantine decided in A.D. 330 to build a new city on its site, called Constantinople, now Istanbul.

The Roman Empire was later divided between a western Empire based on Rome, and an Eastern Empire, known loosely as the Byzantine Empire, based on Constantinople.
The Orthodox Church in the Eastern Empire did not acknowldge the authority of the Roman Catholic Church. To ‘pray to Byzantine saints’ was to maintain allegiance to a distant and alien authority. See also our note on page 142 line 8.