The introductory quotation from The Athenaeum prefers songs about English flowers and birds to those which feature remote exotic fauna and flora. Kipling provides such an English song in verse 1, but then goes on to sing of “bloom and bird” from England’s Empire round the world. Verse 2 is set in Canada, 3 in South Africa, 4 in Australia and 5 in New Zealand. The last verse is a plea for understanding from the English: if they value their own familiar flowers, their brothers, scattered round the Seven Seas, prize their exotic flowers just as deeply.

In McClure’s Magazine for March 1897 the American novelist and critic W. D. Howells wrote a 3-page review of The Seven Seas. Howells was a friend of Wolcott Balestier, who collaborated with Kipling in writing The Naulahka and whose sister, Caroline ,Kipling married. He called his review “The Laureate of the Larger England”, giving that title to Kipling. He says that Kipling:

… has not so much gone out to that imperial England of his as received it into himself, and given it forth again with the colour, the stamp of his mind upon it. For the first time in literature that empire is imagined.
It is imagined with pride in “The Song of the English”, and with a certain pain and futile appeal in this lovely poem, which I like much better, and find the tenderest and sweetest in the whole book.

Howells then quotes the whole of “The Flowers”, and sums up:

I think the appeal, here, is futile, because it is from the ardor of the younger world to the indifference of the elder, which must grow more and more with age. It is in the nature of exile to turn with unforgetting fondness to home, but the home soon forgets the exile, or if it does not forget, cannot care for him. The inviolate seas that keep the insular England safe cannot keep her alive to the love that glows for her in the far-off lands they sever from her; and it appears to those who are politically of neither the larger nor the lesser England that if ever her mighty empire is to perish, it will die first at the heart. Canada will not grow cold first, nor Africa, nor Australasia, nor India, but England herself.

I do not know anything more significant of what may be hereafter than the fact that the English poet who continues the great tradition of English poetry most conspicuously should not be English born, should not have been reared under English skies, or islanded by English seas. There is no one else to name with him. He is, by virtue of his great gift, the laureate of that larger England whose wreath it is not for any prime minister to bestow; but wherever the English tongue is written or spoken, those who are native to it may claim a share in his recognition. He stands for the empire of that language which grows more and more the only English empire which has a common history and a common destiny.

Howells here gives Kipling the title of ‘laureate of that larger England whose wreath it is not for any prime minister to bestow.’ Kipling was, in fact, determined that he would never accept the official post of Poet Laureate, or for that matter any official appointment or Government award which might have restricted his independence as a writer. He made his attitude clear in “The Last Rhyme of True Thomas”. That poem was published in 1894 and reprinted, with ‘The Flowers,” in The Seven Seas.

rathe: flowering early in the year 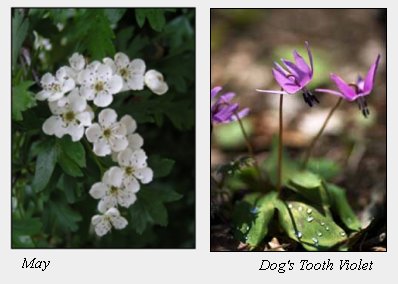 may: a flowering bush (Crataegus monogyna) also known as hawthorn; common in English hedgerows. See “My Sunday at home”, in The Day’s Work p. 342 line 22. ‘…as we ran between two ten-foot hedges of pink and white May.’

Undercliff: an area on the south coast of the Isle of Wight between sea cliffs and an inland cliff. It faces the English Channel.

cowslip: A common (though less so, these weed-killing days) sweet-smelling flower in English fields(Primula veris)

furze: also called gorse or whin, a prickly shrub (Ulex europaeus) with a mass of golden flowers. See “In Ambush” in Stalky & Co. 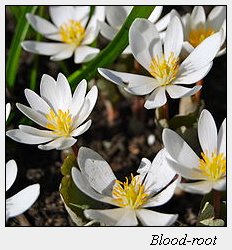 logging-road: forestry is a major industry in Canada

sap: the sap of maple trees is collected to make maple syrup

turn the hour: John Radcliffe sees this literally – turn the hour glass upside down so that the sand starts to trickle back into the empty section; re-set the timer. Other contributors to the Kipling Society Mailbase see it more metaphorically- e.g. Geoff Maloney: ‘Possibly to “turn back the clock”. The scent of the flower will remind you of home, turning back the clock or returning you home during the moment you experience its scent’.

Constantia: known as “Cape Town’s Vineyard”, the oldest wine-producing region in the Southern Hemisphere, established by the Dutch in 1685.

the aching berg: berg is Afrikaans for mountain. aching: perhaps because it is painfully clear against the sky. Kipling uses the same adjective of other mountains in South Africa in “Bridge-Guard in the Karoo”:

Till the aching Oudtshoorn ranges
Stand up like the thrones of Kings.

Wynberg: a steep pass on the wain (waggon) road from Cape Town to Simonstown 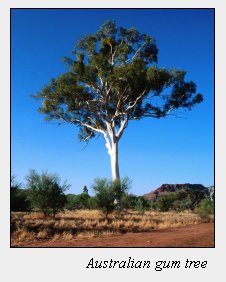 clematis: an evergreen creeper (Clematis aristata) with starry white flowers, native to Australia.
Erskine: a river that flows into Bass Strait at Lorne, west of Melbourne

Cora Lynn: a cascade near Lorne

Otway: Cape Otway, south-west of Melbourne, is exposed to the full weight of the westerly winds of the ‘Roaring Forties’.

blood-red myrtle: Pohutukawa (Metrosideros excelsis) known as the New Zealand Christmas Tree with a mass of red flowers in December

Taupo: the largest lake in New Zealand, in the middle of North Island; visited by Kipling in 1891.

Broom: New Zealand has its own genus (Carmichaelia) of broom plants. 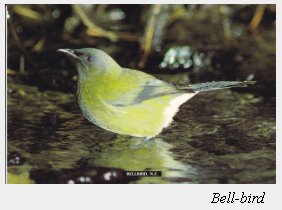 flax: Phormium tenax, not related to European flax but similarly used to make fibre for clothes and cordage. It has a red flower.