First published in Today in March 1894. Collected in:

Kipling called many of his poems “Ballads.” This one, which he simply calls a “Rhyme”, is the closest of all his works in style and theme to a true Border Ballad. He even uses a number of Scottish dialect words from the Border country between Scotland and England, the home of such poems (see Notes on the Text below).

True Thomas was a real person, a 13th century Scottish laird, Thomas Learmont. He is the protagonist of the anonymous ballad “Thomas the Rhymer”, in which he has to serve the Queen of Elfland for seven years. For his wages, she gives him “the tongue that can never lie” – hence ‘True Thomas’.
See also The English and Scottish Popular Ballads, ed. by Francis James Child, 5 vols (Boston and New York: Houghton, Mifflin and Company, [1882–98].

The Theme and Purpose of the Poem 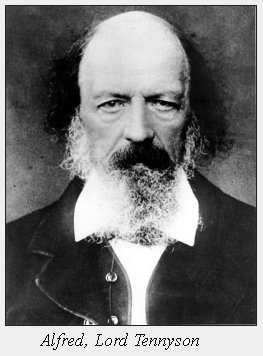 As early as 1892, the twenty-six year old Kipling had been talked of as a possible successor to the venerable Alfred Lord Tennyson as Poet Laureate, the official national poet, appointed by the Prime-Minister. Charles Carrington (p. 261) neatly describes the theme of the poem and Kipling’s purpose in writing it, at the time it was published:

“The Last Rhyme” is a direct imitation of a Border ballad, written in dialect. It describes, in allegory too plain to need interpretation, how a king offers to ennoble a poet and the poet demonstrates his superior power to enchant the king … If Lord Rosebery’s advisers read it through they could be in no doubt about the author’s view of official poetry. Apparently it was unnecssary since Rosebery (who succeeded Gladstone as Liberal Prime-Minister in March 1894, a few days after the publication of the poem) had already let slip the opiniuon that he would as soon appoint a court jester to a Poet Laureate.

In an previous passage (p. 260), Carrington explains how Kipling had earlier ruled himself out of contention. Barrack Room Ballads (May 1892) had included “Cleared”:

… his contemptuous attack launched against the Liberal Party and Gladstone. “Go, scare your sheep together”, Kipling adjured him, “the blundering, tripping tups that bleat behind the old bell-wether”. Since the old bell-wether now had the appointment of Poet Laureate in his patronage, he was not likely to appoint Rudyard Kipling.

When the Conservatives returned to power in 1894, Kipling was seriously considered for appointment as Laureate, but made it very clear that he was not interested. Peter Keating (p. 103) sums up:

The ultimate justification for his aggressive public role as a poet lay in his enormous popularity: without that he would have had no platform from which to pronounce on world affairs. Kipling, of course, understood this perfectly well, but it is unlikely that he would have allowed it to be considered as a factor influencing his opinions or his work.

Of far more importance to him was his complete independence as a writer; a personal freedom from the restrictions imposed by government honours, party-political affiliation, popularity, even at times payment for his work, that allowed him to say whatever he believed needed to be said. This is the moral advanced in “The Last Rhyme of True Thomas” which was first published in 1894 and reprinted in The Seven Seas, some years before any of the official honours that Kipling might have had were actually offered to him.

All through his life Kipling continued to refuse all official appointments or Government awards. The biography by Lord Birkenhead has a special Appendix, “Honours and Awards”, detailing all the various offers of decorations that Kipling rejected down the years, from a KCB (Knight Commander of the Bath) recorded in Carrie Kipling‘s diary for 14 December 1899 to the Order of Merit in 1924.

However, Kipling was prepared to accept academic distinctions such as honorary degrees. Seymour-Smith (p.365) explains why:

In the same year as he received the Nobel Prize [1907], Kipling had been awarded an honorary degree from Oxford; Cambridge following the next year. He would accept these because, reasonably enough, he felt that they were rewards for services rendered, and involved him in no unsigned contracts.

McGill University in Montreal beat the English universities by several years, awarding Kipling an honorary degree in 1899. Kipling was the first Englishman to receive the Nobel Prize for Literature.

[Verse 1 line 3] dub: confer knighthood by touching on the shoulder with a sword

[line 3] vow your vow: in the ceremony of knighthood the candidate had to promise to uphold the right

watch your arms: a candidate for knighthood had to spend the night before the ceremony awake and praying over the armour he would put on next day

[line 2] blazon: a shield bearing a heraldic device as a sign of knighthood
spur: another emblem of knighthood

[Verse 7 line 1] (and throughout the poem) ha’ have.
I ha’ vowed my vow in another place: In the ballad, Thomas the Rhymer had been knighted in Elfland

[line 2] And bitter oath it was on me: In the ballad, he lamented that if he was unable to lie, he could not buy or sell, or speak to prince or peer, nor ask of grace from a lady

the Middle World: Fairyland, thought to be underground

[Verse 9 line 3] the rings of the Gentle Folk: fairy rings, rings of darker grass supposed to be where fairies dance. Gentle Folk is a euphemism; it brought bad luck to call fairies by their proper name

[line 4] my own countrie: Fairyland

[line 4] Ye waste no wit in courtesie! You make no effort to be polite

noble: ennoble, make me a knight

[Verse 28] birled and brattled: “The former represents the sound made by a spinning-wheel, the latter that of horses cantering.” [Durand,R: A Handbook to the Poetry of Rudyard Kipling, quoted by Pinney (see Note to Verse 22 above).

[Verse 31 line 4] eyass: a hawk whose training is incomplete (OED)

[Verse 34 line 1] unto the death: they are about to kill the stag they have been hunting